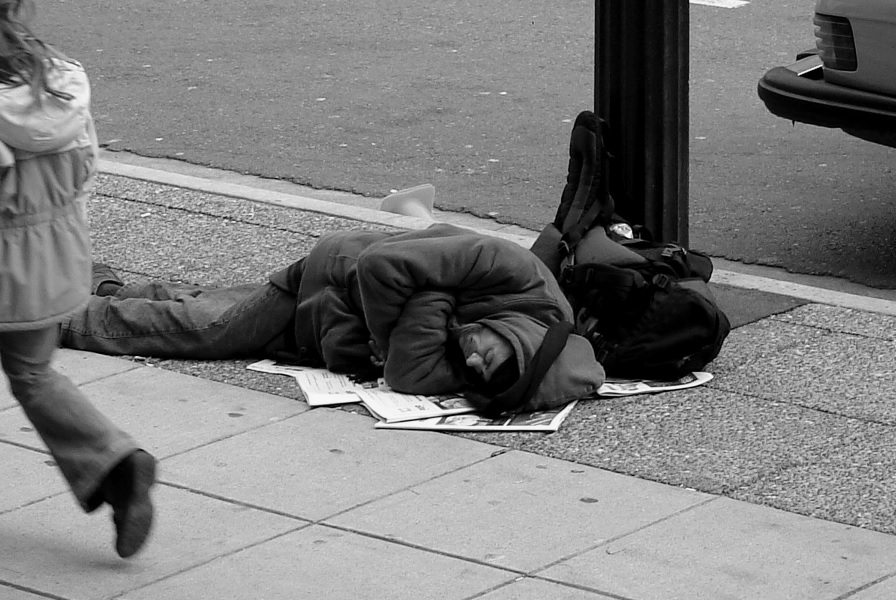 A government Minister for Communities and Local Government just showed how out of touch members of the Conservative government are with reality. Speaking in the House of Lords, Baroness Susan Williams sparked outrage from experts by suggesting that some homeless people actually choose to sleep on the street. But homelessness charities have hit back, using their years of experience and expertise to tear her comments apart.

Williams, who David Cameron made a life peer in 2013, said on 7 March:

there are a number of people who actually do choose to sleep rough.

Labour’s Baroness Armstrong, whose question Williams was answering, shook her head in disbelief as her opponent spoke, and insisted that rough sleeping had doubled since the Conservatives took power in 2010. And this didn’t take into account the claim of charities that surveys underestimate the amount of people sleeping on Britain’s streets.

The reaction of homelessness charities

Head of Policy and External Affairs at Crisis, Matthew Downie, insisted that “rough sleepers are thirteen times more likely to be a victim of violence”. For this reason, he said it was:

hard to conceive of someone making a rational choice to sleep on the streets.

Paul Noblet, meanwhile, who is Head of Public Affairs at Centrepoint – which focuses on helping homeless young people, asserted quite simply that:

The minister’s comments do not reflect the reality

The under-25s Centrepoint works with, Noblet argued, were most certainly not sleeping on the streets as “a lifestyle choice”. The twofold increase of homeless youngsters in London in recent years, he stressed, has been because:

they simply have nowhere else to go

No-one sets out to sleep rough… people end up on the streets for a number of complex and interrelated reasons, including mental health, relationship breakdown, loss of a job or tenancy and substance use.

Sinclair also spoke of the dismal homelessness figures under the Conservative government, saying:

Recent rises in the number of people sleeping rough are simply shocking.

The Tories are making matters worse

With the housing crisis taking its toll on our mental health and numerous cities really struggling as a consequence of Tory economics, it should come as no surprise to any of us that there’s been a 55% increase in homelessness since 2010.

And under the Tory regime, which has left us with a serious lack of affordable accommodation due to its misplaced trust in the private sector, matters are unlikely to change anytime soon. Chancellor George Osborne’s best offer, for example, has been to commission his corporate buddies to build 200,000 ‘starter’ homes, which citizens would need a £59,000 income to afford (remember the average wage for 90% of citizens is only £12,969).

Add to this the destructive cuts to welfare provision and the slashing of charity budgets, and we are left not only with a bad situation, but one that is getting worse and worse.

Yet the Tories seem to think people just like sleeping rough.

Without a doubt, homelessness charities like those mentioned above do amazing work. And they know exactly how to fix the housing crisis permanently. They just don’t have the resources to do it. So in this context, they simply put plasters over the gaping wound left by successive governments.

The Conservatives, however, do have the power to close this wound. They just choose not to.

– If you want government policy to change, please write to your MP. You could include the demands mentioned in this article.

– Join the national demonstration on 16 April to End Austerity Now!