This is Cameron's replacement for IDS. He could be even worse. - Canary Workers’ Co-op 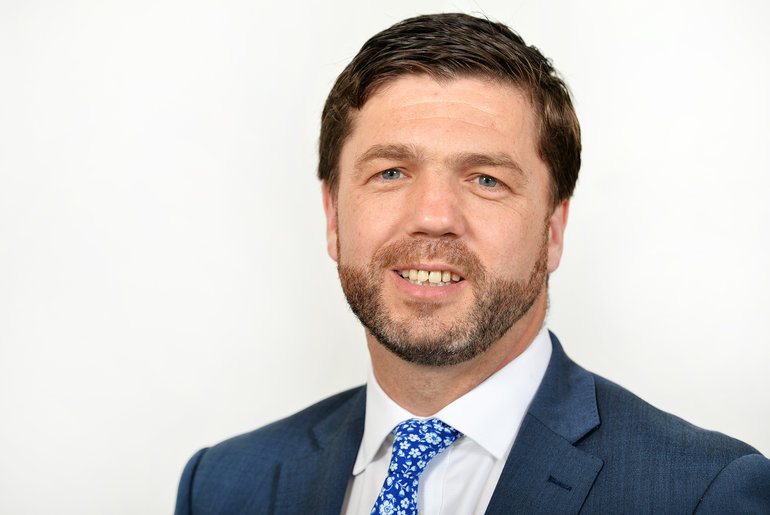 After Iain Duncan Smith’s shock resignation on Friday, hope of a change to Tory welfare policy spread far and wide. The appointment of a pro-austerity “yes man” in his place however, suggests IDS’ legacy of attacking the disabled will live on.

The replacement for IDS, who was appointed just 13 hours after his predecessor’s resignation, is ideal for Cameron’s Conservative party. Stephen Crabb, MP for Preseli Pembrokeshire since 2005, was raised on a council estate in Wales by a single mum who was the victim of domestic abuse. His personal story appeals to the Tory myth that ‘hard work’ alone will get you anywhere. This belief is dangerous because it can amount to the idea that wealth is a measure of worthiness; that the incredibly wealthy deserve it, and by extension, so do the desperately poor.

Crabb has never voted against this government and is a keen supporter of remaining a part of the EU, two positions which likely influenced Cameron’s decision to appoint him. He is also a patron of his local Mencap service in Pembrokeshire meaning he can be presented as caring and committed towards the disabled.

As demonstrated by the example of Zac Goldsmith however, a Conservative MP’s publicised charitable commitments do not necessarily amount to a commitment to fight for the goals of those charities in parliament.

The same can be said of Crabb who, despite apparently supporting the disabled through his patronage of Mencap, voted in favour of IDS’ proposed cuts to the ‘employment and support allowance’ (ESA). He also played an important role, acting as a ‘teller’ – or vote counter – in the forced implementation of the Bedroom Tax.

Furthermore, Crabb also chose to vote against the publication of a 2013 investigation into food bank use and UK hunger, and against a motion which called on the government to address the issues of food bank dependency in Britain and implement measures to reduce it.

Whilst the appointment of Crabb has been praised by most Conservative colleagues and will bolster the PM’s pro-EU campaign, it is unlikely to go down well with the public, especially those in his local constituency.

Crabb and his fellow county MP Simon Hart have been labelled “Crap and Fart” due to his lack of commitment to see the Welsh language “flourish” by Cymdeithas yr Iaith (the Welsh Language Society). In addition, his vote in favour of the cuts to ESA inspired a huge 38 Degrees petition calling on him to resign his position as patron for Mencap immediately. At the time of writing, the petition has over 8000 signatories.

The introduction to the petition, started by Jim Scott, member of the Pembrokeshire Green Party, reads:

Stephen Crabb, MP for Preseli Pembrokeshire and Secretary of State for Wales, we the undersigned demand that you resign your post as Patron of Pembrokeshire Mencap with immediate effect. Your recent vote in the House of Commons for disabled people to lose £30 per week of Employment Support Allowance (ESA) shows that you have absolutely no compassion or understanding for the needs of our most vulnerable and disabled members of society.

It is difficult to see how an MP with such a voting record and a man who inspires such opposition in his local constituency is set to bring about the “change in tone” his appointment is supposed to represent.

From the public outcries Crabb has already inspired, he certainly doesn’t seem any better than IDS. Let us hope he is not any worse.

Share this article and the petition to get more signatories.

Visit ‘The Public Whip’ to find out your MP’s voting record on issues that matter to you.