Osborne just gave Britain a last minute Easter 'gift', no one is going to thank him - Canary 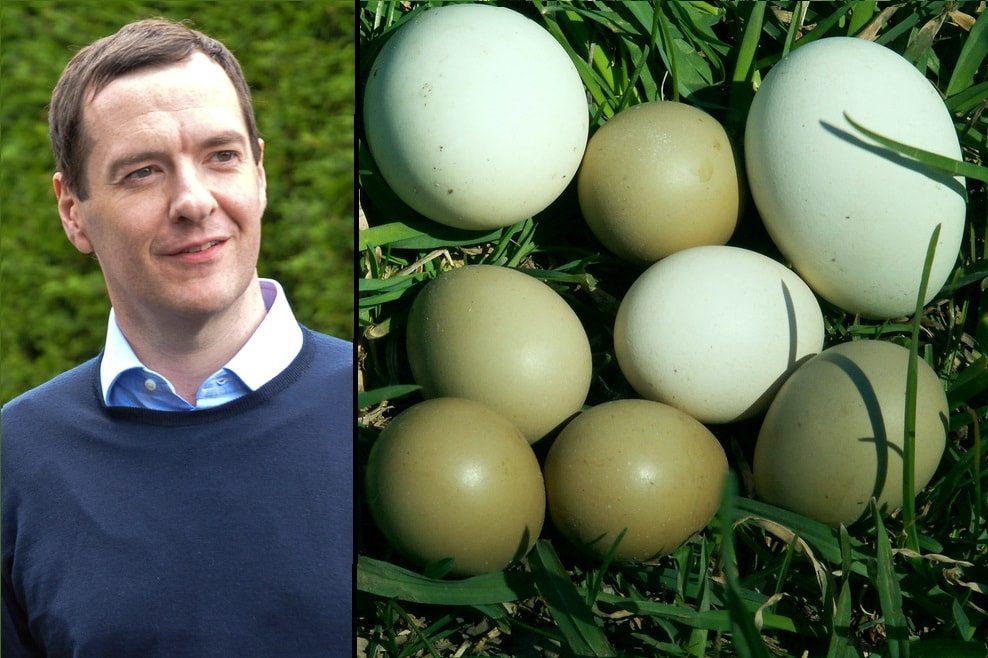 The Office for National Statistics just delivered George Osborne’s Easter gift to the British people. He cannot be expecting a thank you card. According to the latest official figures, public debt has increased by £555 billion since 2010.

This statistic is a serious blow for the Conservative government, who have justified six years of austerity because they are, according to David Cameron, “paying down Britain’s debts”.

Public debt now stands at 89.4% of our national income (GDP), up from 78.4% when then the Tories came to power in 2010. This is despite Osborne’s policies for balancing the books bringing short-term single instance, rather than long-term continuous, returns.

In 2015, Osborne sold off a record £26bn of our assets to the private sector. We may have gained £26bn in the short-term, but these assets would be profitable for the taxpayer in the long-term. To illustrate, Osborne flogged off our remaining 30% stake in the Royal Mail in June 2015 for £1.3bn. Yet Royal Mail revealed profits of £440m in 2013, up from £152m in 2012. The financial year ending 31 March 2015, gifted another increase: £740m in annual adjusted operating profit before transformation costs. Keeping this stake, or a larger one, would have made the public money.

Therefore, once they’ve got through selling off all the family silver, it is likely the Conservatives’ public debt fiasco is going to spiral even further. The private sector will continue to bloat – we will still need the services, but we will have to rent them back from the corporations. It is the equivalent of selling a cow and then spending years buying the milk and cheese back. Osborne and Cameron’s trigger happy privatisation agenda in 2015 even overshadowed Margaret Thatcher’s £20bn bonanza in 1987.

Osborne, and ultimately Cameron, are set for a legacy of failure having missed two of their own arbitrary deficit targets and being on course to miss the third. Public debt has increased by 11% of our national income since they came to power, despite record-breaking sell-offs. Stripping away Britain’s assets has not even cushioned public debt in the short-term, and has sacrificed the long-term returns of investment.

After a U-turn on cuts to support for disabled citizens, which were in their March budget, the government’s financial black hole has recently increased by £4.4bn. With their book balancing mantra in tatters, the Tory party hasn’t so much hit the ground running in 2016, it’s fallen flat on its face.

–Write to your MP about the increase in national debt.

-Lent may be over but we can still give up the Tories, find a local group here.