This Victorian disease has infected over 6,000 people since September - Canary 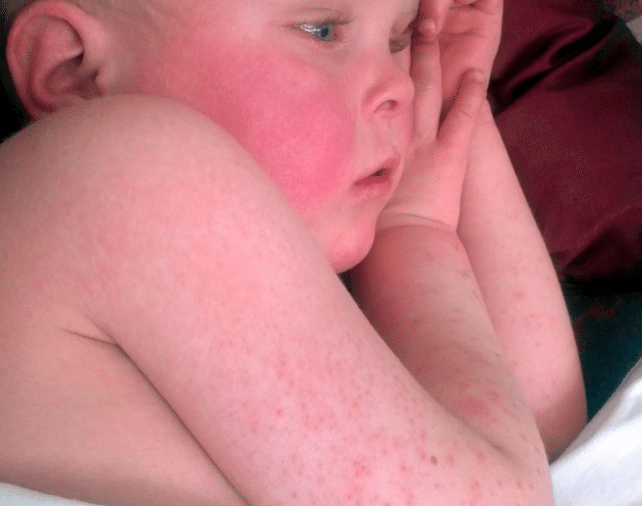 Scarlet fever – a notorious Victorian disease –  has made an alarming comeback in England. There have been 6,157 outbreaks of the highly contagious disease since September 2015, according to Public Health England (PHE).

GPs have been put on ‘red alert’ while primary schools up and down the country have been advised to look out for signs, as the number of children being infected by the bug hits a 50-year high. Some school classrooms have needed disinfecting after outbreaks, which are most contagious amongst children between two and eight years of age, and usually occur in the Spring.

Scarlet fever symptoms include a sore throat, a fever, and a distinctive red rash. But more serious health issues, such as pneumonia, can develop if it is not treated promptly.

PHE’s past analyses of data on the disease in England found that around every four years there are higher-than-average scarlet fever cases recorded –  which is referred to as the “natural cycle” theory. However, researchers in America have linked this outbreak to a super-resistant and aggressive strain of bacteria.

Back in Victorian times, the disease was a death sentence – sometimes killing every child in a household within a matter of weeks after infection. However, the condition is much less serious today, because of developments in antibiotic treatments.

Dr Theresa Lamagni, head of streptococcal infection surveillance at Public Health England issued a warning in December 2015 that early indications pointed towards an uptick in infections in 2016. She also offered this advice in a recent public statement:

Individuals who think they or their child may have scarlet fever should see their GP without delay as antibiotic treatment is needed. Symptoms usually clear up after a week and in the majority of cases remain reasonably mild, providing a course of antibiotics is completed to reduce the risk of complications.

As scarlet fever is highly contagious, children or adults diagnosed with scarlet fever are advised to stay at home until at least 24 hours after the start of antibiotic treatment to avoid passing on the infection.

Having a sharp focus on hygiene is a vital factor in helping to reduce the spread of the disease. In a past advisory statement on the issue, Dr Theresa Lamagni recommended throwing away used tissues, making sure all family members wash their hands frequently, and not sharing cutlery, clothes, bedding or towels.

In schools, it is much harder but not impossible. Hygiene measures include educating parents about early signs of the disease – such as a sore throat, flushed cheeks and a swollen tongue. A paper on infectious disease control from the National Union of Teachers (NUT) suggests that teachers should also be on the lookout for symptoms.  The paper also considers temporarily excluding affected children from school, and potentially also other family members, ensuring that they are fully consulted wherever possible. Children can return to school 24 hours after they have started antibiotic treatment.