This NATO leader is being mocked hilariously, and rejected by his allies (VIDEO) - Canary 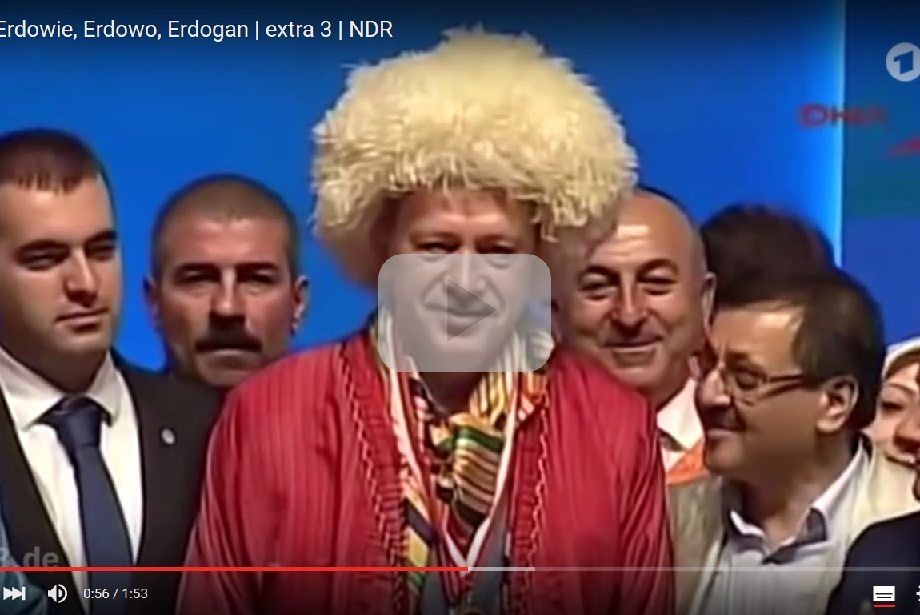 The current Turkish President, Recep Tayyip Erdoğan, has not been having a good month. His NATO allies are distancing themselves from him, and he’s being ridiculed throughout the world for his increasingly authoritarian antics.

This satirical video from Germany (with English subtitles) has now received well over four million views:

The video has gained momentum this week as Erdoğan has travelled to the United States, where he was refused an official one-on-one meeting with President Obama. At the same time, Washington has decided to pull US military families out of southern Turkey.

It is a snub… I think the US is trying to send a message that they are not very pleased with Erdogan’s treatment, particularly of the Kurds and the potential insurrection that could occur within Turkey’s southern region as a consequence… Erdogan is bombing the Kurds like crazy and the US is less than happy with that

Erdoğan went to the USA for the Nuclear Security Summit (NSS) – held between 31 March and 1 April, but critics and protesters used his visit as an opportunity to express their discontent about the NATO leader’s increasing authoritarianism. For example, he has:

Erdoğan’s war is getting worse and worse

Since July 2015, Erdoğan’s AKP government has waged war on the Kurdistan Workers’ Party (PKK) and its allies in northern Syria (Rojava). With this move, Erdoğan destroyed many months of promising peace talks. Ankara argues that PKK members are both separatists and terrorists, but the PKK has condemned all attacks targeting civilians and stressed:

For around eight months, the PKK focused primarily on self-defence, allowing the affiliated Civil Protection Units (YPS) to do most of the fighting in Kurdish cities in Turkey. But in March 2016, the PKK finally declared that it was going to intervene in the conflict, sending support to the YPS. 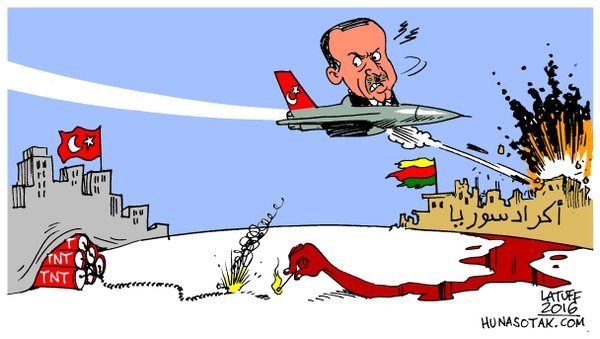 NATO members are getting sick of Erdoğan’s antics

The EU called for a ceasefire in Turkey in January 2016, but Erdoğan’s government refused to comply. Meanwhile, leaked minutes from meetings between Erdoğan and EU officials have shown the Turkish leader manipulating the refugee crisis in Europe as a means of blackmailing the EU into ignoring his human rights violations at home.

All of this has gradually led the EU to lose patience with the Turkish regime. So when the German ambassador to Turkey was summoned for questioning after the release of the satirical song at the start of this post, ambassador Martin Edelmann refused to apologise for the video, and Germany made it very clear that it considered freedom of expression to be a “non-negotiable” principle. European Commission President Jean-Claude Juncker joined in, saying through a spokesperson that this kind of behaviour from Turkey is moving it “further from the EU rather than closer to us”.

So far Turkey has faced very little global criticism on this issue, as the international community has focused more on enlisting Turkey’s help in the refugee crisis. While that remains a critical issue, these continued human rights violations cannot be overshadowed.

If it was in Turkey, you would be f*cked.

Obama’s refusal to have an official meeting alone with Erdoğan is a small sign that the USA doesn’t want to be seen associating with the Turkish leader too much. But as long as Turkey remains in NATO, the members of the alliance will almost certainly continue to toe the line.

Vice President for Research at the Foundation for Defense of Democracies, Jonathan Schanzer, has summarised the current situation within NATO perfectly, saying:

Nobody really wants Turkey to go, after years of military investments and tireless alliance building. But it’s getting harder and harder to justify.