This alarming video of Cameron is going viral, for a very good reason - Canary Workers’ Co-op 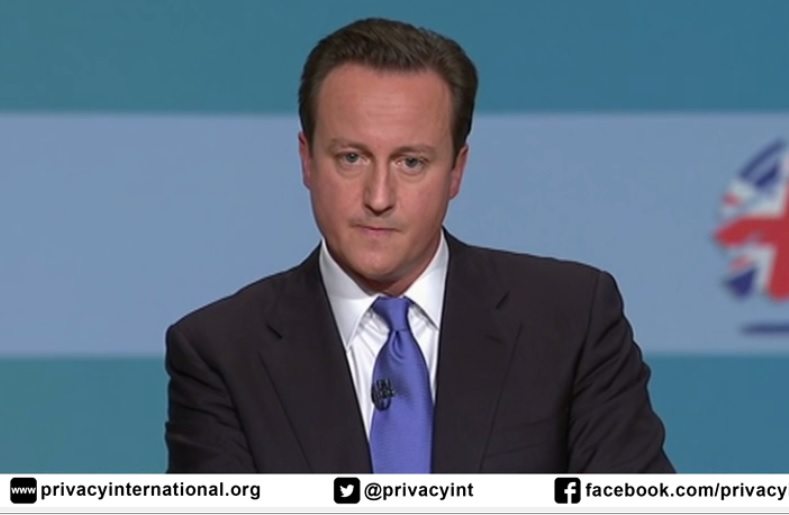 On 8 April, within hours of David Cameron facing electoral outrage for his tax-avoiding history, Cassetteboy released their latest ‘mashup‘ video. Cameron takes a lead role in the duo’s new political commentary, but in a much more sinister way than his previous appearance in their hilarious ‘Gettin’ Piggy With It‘ remix.

And its timing couldn’t be more alarming.

The new creation is called ‘Cassetteboy vs The Snoopers Charter’. It focuses on the Investigatory Powers (IP) Bill currently winding its way through parliament, and is aptly set to a familiar tune by The Police:

As the ‘mashup’ illustrates, the IP Bill is designed to secure immense surveillance powers for the UK’s security services. It has an extremely heavy focus on ‘mass’ spying capabilities; civil rights charity Privacy International have identified the use of the word “bulk” over 400 times in the proposals.

As Cassetteboy laments, when it comes to citizen’s relationship with the UK government – and Cameron in particular – this means that:

every conversation, in every situation, every communication, every website you use, everything you do, every day, in every way, Theresa May and I will be watching you

In fact, the plans are so invasive that over 200 senior lawyers wrote to The Guardian condemning them:

a law that gives public authorities generalised access to electronic communications contents compromises the essence of the fundamental right to privacy and may be illegal.

The government has responded to such concerns by assuring critics that ‘collection’ does not equate to ‘surveillance’. Essentially they claim that although extensive records will be retained, only some will be ‘looked through’ – such as those that identify criminal behaviour or ‘national security’ risks.

Whose security are we talking about?

The phrase ‘national security’ is bandied about frequently these days, and it is likely the general public largely understand it as the security of a country’s population, land and resources. However, a glance at official documents often tells a different story.

Renowned intellectual and scholar Noam Chomsky recently noted how declassified materials from the US government identify:

to what extent government actions have been motivated by security. And when you investigate that I think what you discover is, first of all that there are different kinds of security. There’s security for state power, that’s constantly protected.

There’s security for the concentrations of economic power, corporate interests and so on…we find plenty of attention to their security.

Then there’s the question of security of the population. That turns out to be a very low consideration of very little significance.

He concludes by commenting on the particular kind of security his government lauds above all others:

Overwhemingly it’s security of the state from the population which it regards, with some justice, as it’s primary enemy.

After the week Cameron just had, it is difficult to imagine he doesn’t feel the same. On 9 April, thousands of protesters took to the streets demanding his resignation. In a democracy, that is a direct threat to Cameron’s ‘security’ as the country’s Prime Minister. Holding a vast depository of electronic information on those dissidents would surely be very helpful indeed.

Send in the black helicopters

Although protest in the UK is becoming increasingly un-free, it is not necessary for the government to publicly crack down on this sort of discontent. Punishment in the digital age can come in a variety of forms. NSA whistleblower Edward Snowden has shown us that. And as investigative journalist Glenn Greenwald – who Snowden shared his leaked documents with – has revealed, British spies are not short of an online “dirty trick” or two when they want to intimidate or eliminate an enemy.

Such tactics include placing viruses on a targets computer, enticing people into compromising sexual situations known as “honey traps”, or aiming to:

The Snowden documents identify ‘hacktivists’ as one such target – those who carry out political protest online. And as Greenwald notes:

it is not difficult to see how dangerous it is to have secret government agencies being able to target any individuals they want – who have never been charged with, let alone convicted of, any crimes – with these sorts of online, deception-based tactics of reputation destruction and disruption.

Even without any such action, the mere understanding that this destruction is possible, could have a chilling effect on the public’s behaviour. A populace that knows their electronic records are there for the government’s taking, can be a very placid population indeed.

That is why the IP Bill needs extensive work before it is signed into law. A society that hands its government such immense power over citizens opens the door for politicians to “inspect anyone who disagrees” with them. Do we really trust that our officials could resist that?

Take action on the IP Bill before it’s rushed through parliament without adequate revisions.

Support The Canary so we can keep you updated on important developments.