Watch: The 3 most disgraceful comments 'dodgy Dave' got away with in parliament (VIDEOS) - The Canary 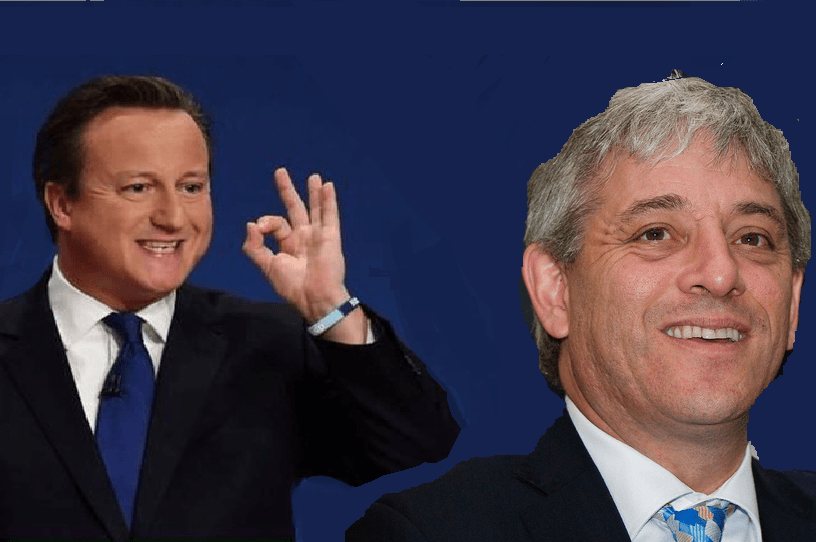 In parliament on Monday, veteran Labour MP Dennis Skinner was kicked out of the chamber after calling the Prime Minister ‘dodgy Dave’. However, David Cameron’s parliamentary behaviour has been much worse with no hint of penalty.

The legendary MP’s comment came in response to Cameron’s statement on his own tax affairs. If offshore trusts, inheritance tax avoidance and 70 grands worth of secret shares are not dodgy then the word has become meaningless.

Skinner was booted out by speaker John Bercow for stating the obvious. The former Conservative cabinet minister’s ‘boys will be boys’ attitude to the revelation we have a tax dodging Prime Minister was laid bare. Former “hard-line” Tory activist, banker and MP Bercow does not seem to find anything dodgy about Cameron’s financial affairs.

He is Dodgy Dave.

He’s refused to answer questions before.

I’ve no regrets calling him what he is.

A man of integrity. Skinner also pointed out that no action was taken when Cameron called him a “dinosaur”. One could make either the argument that this is an ageist comment seeking to undermine, or that it is just a bit of fun. But it seems the line between the two is drawn by Conservatives for Conservatives. If ‘dinosaur’ is acceptable, why not ‘dodgy’?

And this is one of the most tame jibes Cameron has gotten away with in parliament. Here are the three most disgraceful:

1.) “Put on a proper suit, do up your tie and sing the national anthem”

Instead of answering crucial questions on our buckling public health service, Cameron chose to attack Jeremy Corbyn’s dress sense. He also seems quite confused that the atheist and republican does not what to sing a song about god and the queen in a democracy.

It is no wonder Britain is failing to provide basic human essentials. The Prime Minister appears to think singing the national anthem in an expensive suit will solve the housing crisis, save the NHS and balance skyrocketing income inequality. Cameron’s jibe came without a murmur from the speaker:

Readers of The Canary did not hesitate to point this out:

Bercow seemed to have no problem with Cameron directly insulting the former leader of the opposition. After a dreary string of bad jokes Cameron bullied Miliband as a “waste of space” in parliament in 2014. This is schoolboy bullying plain and simple:

In parliament last December, Cameron refused to apologise six times for calling anyone who was against joining the US-led bombing coalition in Syria a “terrorist sympathiser”. This is an extremely emotive, offensive and politically damaging label. Yet Cameron would not even apologise and the speaker made no attempt to reprimand him:

Again readers of The Canary where quick to point this out:

These insults are not only infinitely worse than calling someone ‘dodgy’, they are also totally unjustified. Firstly, judging someone by how they look is irrelevant to policy and therefore a pure time-wasting insult. Also it betrays one’s own superficiality and lack of substance. Secondly, calling the leader of the opposition a “waste of space” is just schoolyard bullying. And thirdly, slandering one’s political opponents as “terrorist sympathisers” is particularly outrageous. It is an attempt to bully people into siding with you and extinguish healthy debate.

And all these disgraceful comments without any intervening from the speaker.

Whereas, Skinner accurately called the Prime Minister ‘dodgy’ for avoiding tax and being less than transparent about it. The 70,000 #DodgyDave tweets hailing the veteran as a legend show who the public agrees with.

-Learn more about tax at the accessible Tax Research UK.

Featured image via Twitter and National Assembly for Wales.