The Sun just incited religious hatred, but got destroyed on Twitter (TWEETS) - The Canary 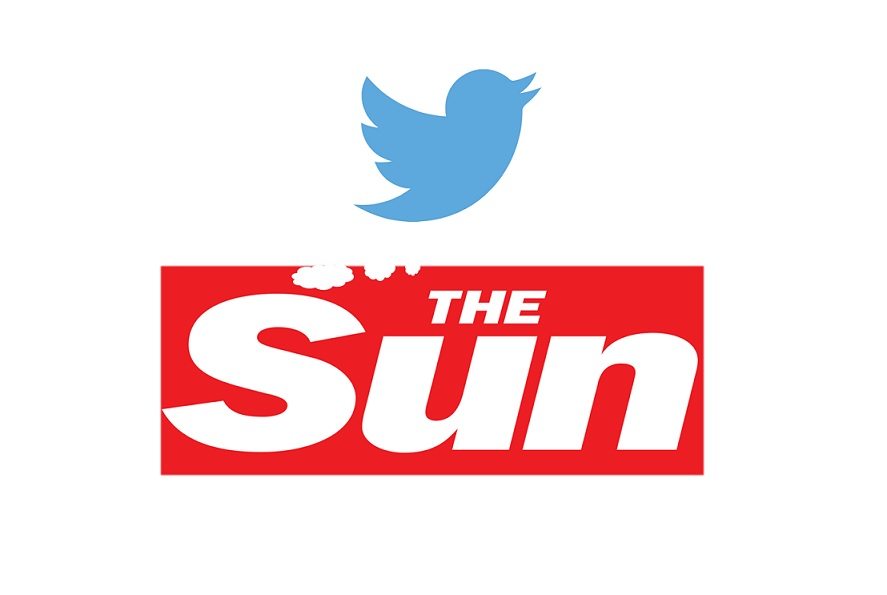 Former Sun editor Kelvin MacKenzie, who is now a columnist, wrote yet another controversial article on 10 April. This time, it was about how a new poll and Channel 4 documentary supposedly showed that British Muslims are different from other citizens. His hate-mongering words soon created a backlash of criticism.

In his article, MacKenzie said that a Channel 4 documentary, due to air on 13 April at 10pm, would be:

the most explosive revelation yet about the divisions in our country between us and the Muslims.

He also claims that the film proves:

He quotes the following figures from an ICM poll carried out for the show What British Muslims Really Think:

Although none of the above views has an overwhelming majority of support from the British Muslim community polled by ICM, MacKenzie proceeded to generalise about the Muslim population as a whole. In fact, he also smeared all supporters of Jeremy Corbyn as anti-Semitic for good measure:

No wonder the vile Corbynistas are so anti-Semitic as they value the millions of Muslim votes (and their anti-democratic ways) over the 350,000 Jews in our country.

The reality about the poll

MacKenzie left out of his hate-filled generalisation the poll’s revelation that 86% of British Muslims felt “a strong sense of belonging to Britain” – which is actually higher than the UK average of 83%.

Furthermore, a study from 2013 showed that non-Muslim citizens have only changed their views on homosexuality in the last couple of decades. 25 years previously, the study revealed, almost two-thirds of the population thought same-sex relationships were ‘morally wrong’. By 2013, this had dropped to only one in five people. In other words, the sentiment among non-Muslims in Britain towards homosexuality only a few years ago was actually very similar to that of Muslims now.

Let’s remember it took the rest of Britain a sexual revolution, a lot of activism, art and cinema along with some major reform to get to where we are now on gay rights.

Although talking about relationships and sex is a taboo in many Muslim households, he says:

Every time I speak truthfully about being a gay Muslim, I encounter positivity from other Muslims… Change is happening, it’s just slow – and will take years of conversations.

On a side note, joe.co.uk journalist Nooruddean Choudry pointed out to indy100 that the poll used in the Channel 4 documentary – which was based on a sample of just 1,000 people – was actually “heavily warped”. He explains:

They asked Muslims who live in areas of less than 20 per cent Muslim population. Most Muslims don’t live in such areas. It focuses on introverted Muslim pockets rather than most Muslims in this country…

Choudry was one of the Twitter users who helped to ignite the backlash against MacKenzie’s article. Focusing in particular on the columnist’s reference to British Jews, he says:

The irony [is] that he used the exact same dehumanising tactics against Muslims as were used against Jewish people in the past.

And the divisive far-right rhetoric of an ethnic ‘us’ against an ethnic ‘them’ was the point picked up on by most Twitter users commenting on the article:

"Us" vs Muslims. The Sun's philosophy in a nutshell. pic.twitter.com/mQKeELV2Oi

@BeardedGenius @SkyNedNews
As a Christian, I too can't stress enough how different I am from Kelvin McKenzie…

@BeardedGenius I am also very different from Kelvin MacKenzie, does that make me Muslim? So be it.

@BeardedGenius unfortunately i'm not a Muslim, can I still be different from Kelvin?

@BeardedGenius @KathyBurke As a short, overweight, white British man, I can't express enough how different I am from Kelvin McKenzie

@BeardedGenius As a human being, I can't stress enough how different I am from Kelvin MacKenzie…

One user simply wanted to know how to opt out of MacKenzie’s “us”:

@SunApology Is there a way of opting out of this 'us' group he talks about? I don't even like sharing a planet with him let alone an 'us'

A pattern of divisive and hateful rhetoric

Unfortunately, MacKenzie’s article is nothing new. He has previously argued that airport security shouldn’t bother screening white people because only Muslims are terrorists. He is also most well known for his disgraceful role in The Sun‘s slander of victims of the Hillsborough tragedy. And when the paper has been proved wrong in its hateful assertions about British Muslims, its apologies have been pitiful.

But MacKenzie’s views are not limited to The Sun. The Daily Mail has also targeted the entire Muslim community in shocking ways. There is no wonder that the British press is seen to be the most biased and right-wing in Europe. And unfortunately, it also comes as no surprise that articles like MacKenzie’s have fuelled the type of fear and ignorance that have led to a rise in anti-Muslim attacks in recent months.

Kelvin Mackenzie is not the only problem. He is just part of a much bigger system that seeks to make prejudice acceptable again in the UK. And we all need to challenge this together – whether we’re Christians, Muslims, Jews, atheists, or none of the above.

– In his article, Mackenzie asked readers to send in their thoughts to [email protected] Why not let him know what you think?

– If you are worried about right-wing bias in the British media, support the Canary in its efforts to represent the majority of the population rather than the corporate elites while making objective analysis a major force in the world of news.

– Also, remember never to look directly at The Sun.