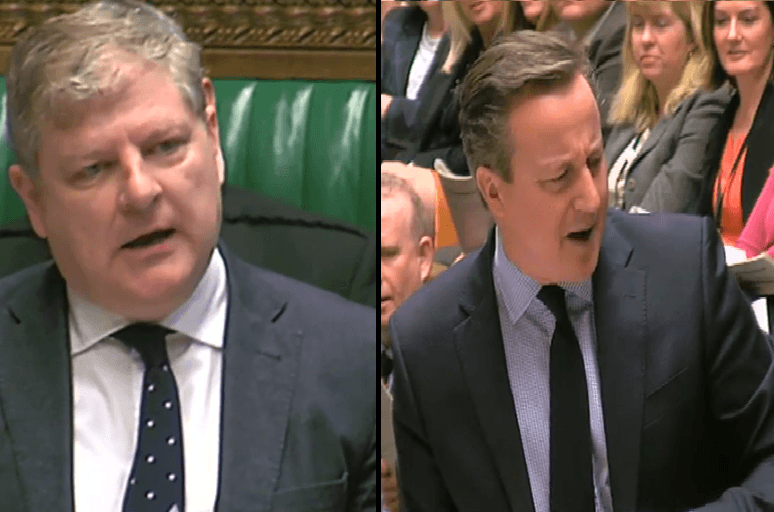 At Prime Minister’s Questions (PMQs) on Wednesday, Angus Robertson’s first question unravelled all of David Cameron’s rhetoric on tackling tax dodging. Cameron had spent the entire first half of PMQs championing his record:

The difference I think between this side of the house and the honourable gentleman is we believe in setting low tax rates and encouraging people to pay them. And it’s working.

Then Cameron’s weekly joust with Jeremy Corbyn was over and Cameron thought he was home dry. Until the SNP Westminster leader asked:

3,250 Department of Work and Pensions (DWP) staff have been specifically investigating benefit fraud, while only 300 HMRC staff have been systematically investigating tax evasion. Surely we should care equally about people abusing the tax system and those abusing the benefit system. Why has this government had 10 times more staff dealing with often the poorest in society abusing benefits, than with the super rich evading their taxes?

HMRC has only 300 people working in its Affluent Compliance Unit. This division specifically investigates millionaires and those earning over £150,000 for tax evasion. Meanwhile, the DWP has 3,250 people investigating specifically ordinary low paid people for benefit fraud. Cameron responded with the well-rehearsed government response to this point:

I would look carefully at his statistics, but they sound to entirely bogus. For this reason: the predominant job of the DWP is to make sure that people receive their benefits. The predominant job of HMRC is to make sure people pay their taxes. The 26,000 people I spoke about earlier, all of them are making sure people pay their taxes.

Well yes, there are 26,000 people working at the ‘enforcement and compliance’ HMRC department – 4,000 less under recent cuts from Cameron. But this figure includes all the employees undertaking huge admin work as well as tackling tax fraud. This department is around 36% of the whole of HMRC, which in 2009 said it had 74,430 full-time employees.

After PMQs on Wednesday, Adam Bienkov produced a “PMQs factcheck” at politics.co.uk which took the existence of this department as proof Robertson’s claim was bogus:

Either way, it seems pretty clear that Roberton’s statistic, as eye-catching and meme-worthy as it may be, is about as reliable as most other figures that tend to go viral on Twitter.

However, the very reason the government has a special division for tackling rich tax evaders is because that is not the focus of the wider HMRC department. And similar applies to the DWP. The DWP is responsible for the entire welfare state which is why it dedicates a special division to focus on benefit fraud.

So we have one special division for the super rich fraudsters and one for the poor benefit cheats. Yet the team tackling the latter has ten times the manpower of the former.

Now, if the government’s objective is to retrieve as much money as possible, then it should focus on catching the fraudsters that take the most money away. Thus, we would expect the benefit cheats to take at least ten times more from the public purse than the super rich. As one would expect, this could not be further from the truth.

Renowned economist Richard Murphy estimates that Britain now loses more than £82.1 billion per year from tax evasion alone. That does not include the legal tax dodging – tax avoidance – carried about by the likes of the Prime Minister, which stood at £19.1bn for 2013/14.  In the UK, the top five richest families have more money than the bottom 20% of the country. It is only the super rich that have billions to hide. Therefore, this estimated £82 billion loss will be almost entirely due to wealthy high earners. The very people those 300 people at the Affluent Compliance Unit are tasked to investigate.

Meanwhile, it is estimated that benefit fraud loses us £1.2bn per year. This is a whopping a 68 times less than the tax evasion carried out by the super rich. Yet the government employs ten times more people to specifically tackle it.

‘One rule for us, another for them’ has never been more applicable. At PMQs on Wednesday, Robertson’s killer question left Cameron visibly flustered. The tax collecting record he had just spent the entire debate championing unravelled before his eyes: