Cameron thinks this £9 million leaflet would present his party as unified, it does the opposite - The Canary 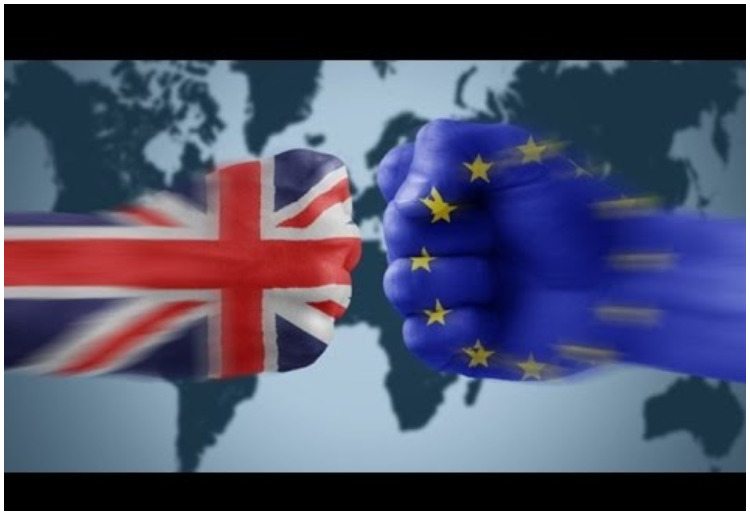 Whilst many have exclaimed over the cost of the governments glossy EU leaflet, one major point may have been missed. The leaflet serves as a physical reminder of the bitter divisions currently swarming through the Tory party.

Although the mainstream media invariably seek to portray Labour as the party of division – a claim that cannot be completely denied – on the issue of the EU and the Brexit campaign, it is the Tories who are in civil war.

The title page of the leaflet, delivered to every home in the UK at direct cost to the tax payer, glosses over the divisions within the government claiming the literature to hold the explanation as to:

Why the Government believes that voting to remain in the European Union is the best decision for the UK.

To use the term ‘government’ in this way is spurious, at best.

According to a BBC report in March, 163 Conservative MPs have declared that they will vote to remain in support of David Cameron’s position. 130, including 7 of the Prime Ministers own cabinet members, have declared their commitment to Brexit.

In stark contrast, 215 Labour MPs have declared their support for the remain campaign with just 7 committed to voting out.

The long list of Conservative MPs set to vote against their leaders position includes some prominent figures such as London Mayor Boris Johnson and the PM’s good old friend Michael Gove. Both of whom have explained their positions in articles published in the Telegraph and Spectator respectively.

Contradictory claims seem to know no bounds in EU in/out debate. Whilst many of those who wish to remain claim we are safer in a united Europe, those on the side of Brexit claim the opposite. In terms of controls over our borders the same is true. The ‘remain’ camp claim we already do, whilst the ‘Brexiters’ claim we will be forced to accept more.

Unfortunately, these contradictions look set to continue as the public are given cherry-picked information and dubious claims from both sides. Comparing the ‘government’s’ leaflet with the reasoning of Johnson and Gove highlights this further.

The clearest contradiction can be found between page 12 of the leaflet, entitled “The benefits of EU membership”, and Gove’s blog post at the Spectator.

The UK is a strong, independent nation. Our EU membership magnifies the UK’s ability to get its way on the issues we care about.

Under Gove’s reasoning however:

So which is it, does the EU help Britain “get its way” or does it stop “us being able to choose“? It can’t be both, surely.

Adding further confusion over the assertions of the ‘government’, Boris Johnson has claimed quite the opposite:

We are seeing a slow and invisible process of legal colonisation, as the EU infiltrates just about every area of public policy.

Furthermore, contradicting the leaflets bold (literally) claims that the “UK has secured a special status in the EU” meaning no UK powers will be transferred to the EU without a referendum, Johnson continues:

According to the House of Commons library, anything between 15 and 50 per cent of UK legislation now comes from the EU; and remember that this type of legislation is very special.

It is unstoppable, and it is irreversible – since it can only be repealed by the EU itself.

No wonder the public are confused. What is clear however, is that the Tory party are in a mess.

It’s not just the division of old friends over the EU-exit, but possible leadership bids at play. Johnson is now clear favourite to become the next leader of the Conservative party, whilst despite his claims in PMQs today, it would be nigh on impossible for Cameron to stay should Brexit become reality.

After IDS’ shock resignation, George Osborne’s debacle of a budget, Cameron’s evasive tax revelations and the split in the party over the EU referendum; gone are the days of the confident, cocky Conservative party who, a few short months ago, were unified against Corbyn.

Visit LearnEurope to get more information on the history and institutions, economics, and geography of the EU.

Read the Out campaigns reasoning, here.