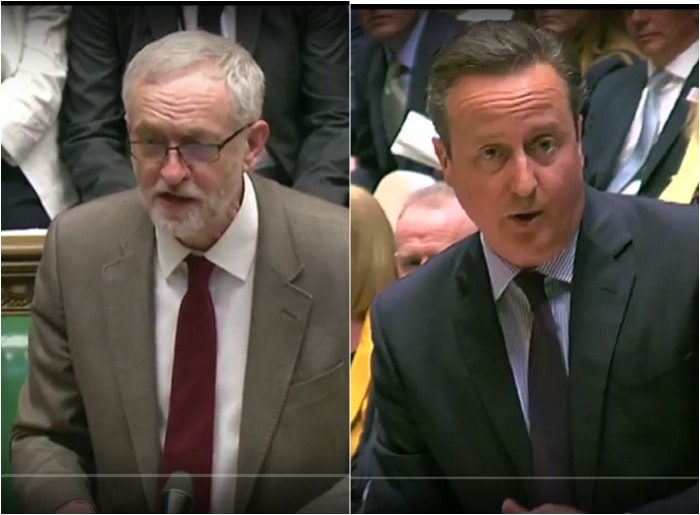 Prime Minister’s Questions (PMQs) on 13 April began, unsurprisingly, with a focus on tax after a week of embarrassment for the Prime Minister left Labour leader Jeremy Corbyn with ample ammunition.

Pointing out further division inside the Conservative party, Corbyn began questioning the Prime Minister over why Conservative MEPs had voted against proposals backed by his own government. The proposals put forward by the European Commission suggested legislation requiring multinational corporations to disclose profits earned and taxes paid in each of the EU’s 28 member states.

Lord Hill, who was appointed by David Cameron as the UK’s EU Commissioner, confirmed on Monday that, in light of the public outcry over the Panama Papers revelations, the proposals would be extended to cover tax havens such as Jersey. In a slightly drawn-out question, Corbyn put it to the Prime Minister:

Let me welcome the country-by-country tax reporting propasal put forward by Commissioner Jonathan Hill, appointed by this government… this is very much based on the work that we’ve been doing leading the collaboration between countries on making sure we share tax information…

Maybe he had forgotten his own efforts to limit transparency, personally writing to the EU council in 2013 to argue the case for offshore trusts. Corbyn repeated his question:

Mr Speaker, if the proposals were put forward by the British government, why did Conservative MEPs then vote against them?

He continued, echoing the thoughts of many citizens in the wake of recent revelations:

The Panama Papers… exposed the scandalous situation where wealthy individuals seem to believe that corporation tax and other taxes are something optional… so when the HMRC says that the tax gap is £34bn, why then is he cutting HMRC staff by 20%…?

In an evasive move, David Cameron tried to switch focus on to Jeremy Corbyn’s tax return. The reply, in light of the Prime Minister’s recent tax revelations, was nothing short of hypocrisy:

I’m glad he wants to get on to our responsibilities to pay our taxes… I thought that his tax return was a metaphor for Labour policy. It was late. It was chaotic. It was inaccurate. And it was uncosted…

This attempt to smear Corbyn over his tax return was met with cheers from the Tory backbenches. But it was followed by a slick response from the leader of the opposition, who referred to the Chancellor‘s family business’ use of tax loopholes:

Mr Speaker, I’m grateful to the Prime Minister for drawing attention to my own tax return. There, warts and all, the ‘warts’ being my handwriting, the ‘all’ being my generous donation to HMRC. I actually paid more tax than some companies owned by people that he might know quite well.

Cameron’s denial of any wrong-doing continues, as does the pantomime of PMQs. But this week, Corbyn clearly came out on top.

Watch for yourself, here: