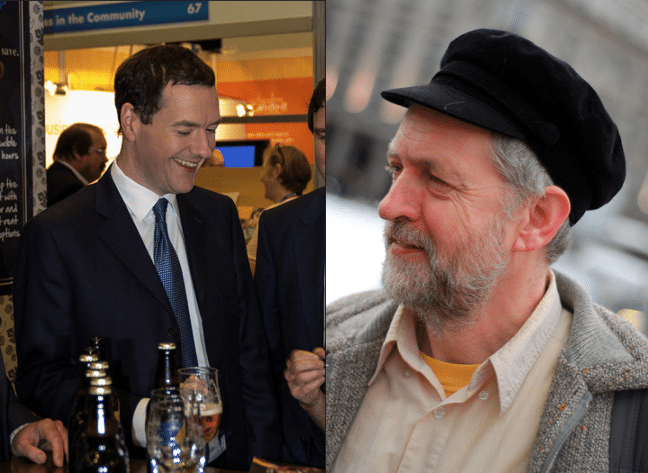 Chancellor George Osborne has released his tax returns for the last financial year, but refuses to publish anything prior to that, claiming it would not be of ‘particular interest’. This comes as a surprise, because this one year has certainly piqued our interest – revealing that Mr Osborne earns more outside of parliament, in dividends and rental income, than Labour leader Jeremy Corbyn earns in total.

The three pages, published on the Treasury website, show the Chancellor received taxable income of £198,738 and paid £72,210 in income tax.

He also gets £44,647 in dividends from his shares in the family wallpaper and fabric firm Osborne and Little Group Limited.

The Chancellor and his wife also earn money from renting out their London home. His share of that income is £33,562. 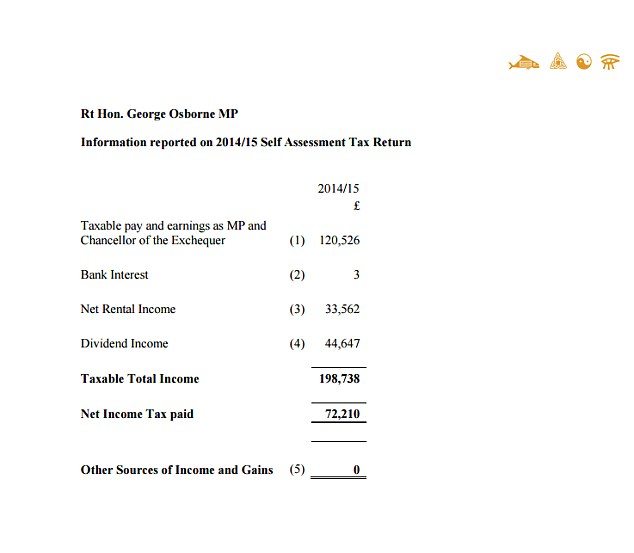 London Mayor and potential Conservative leadership challenger Boris Johnson earns considerably more from his extra-parliamentary activities than for his roles as MP and Mayor. Mr Johnson’s principal earnings coming from his column in The Telegraph (£987,097). 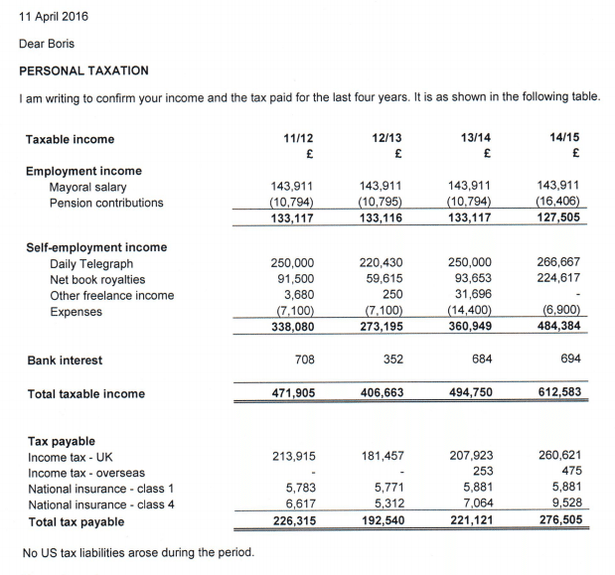 By comparison, Labour leader Jeremy Corbyn earns just £1,850 of additional income beyond his Parliamentary salary, for delivering a lecture series – although we do note he submitted his tax return late, receiving (and paying) a £100 fine.

In total, the Labour leader earned a total £70,795 – not only less than Osborne earned outside parliament, but less than the Chancellor paid in tax too.

The reason these external earnings are important for us to note is plain to see.

Both the companies from which the Chancellor and the Mayor of London earn their primary income, are known for aggressive tax avoidance.

These direct financial ties to the beneficiaries of tax avoidance present the very real threat of a conflict of interest when developing tax rules and thresholds.

If we are going to clean up the tax system, the laws of probability and human nature suggest that Osborne and Johnson are two of the least likely figures fit for the job.