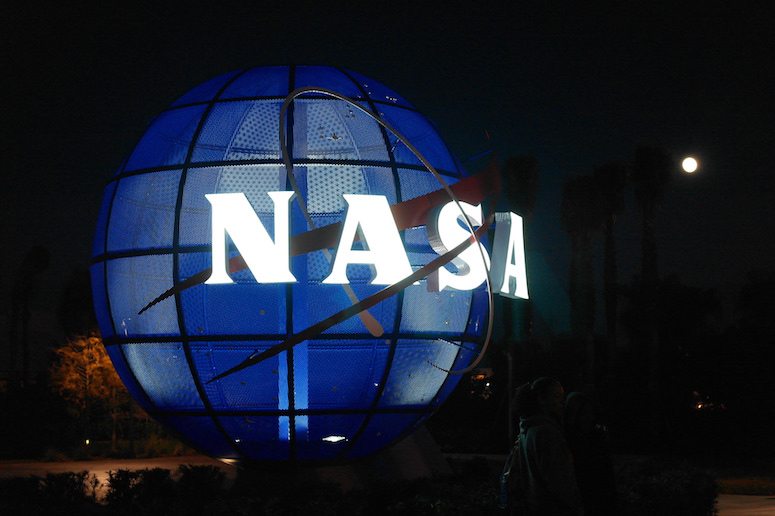 Morano refused to take either bet. And when Nye commented on this telling event on his social media, the internet’s climate deniers descended. Luckily, Nye’s friends at NASA were ready to jump in and defend him – and climate science.

In the comments under Nye’s Facebook post, Fer Morales posted a highly skeptical comment, and made the mistake of claiming that NASA believes that “fossil fuels are actually cooling the planet’s temperature, and that there’s more ice than in the last century on the polar ice caps.”

A mistake not only because that’s factually incorrect, but because he didn’t bank on NASA finding out.

NASA was not happy. They responded, coolly:

Do not misrepresent NASA. Fossil fuels are not cooling the planet.

Someone at NASA then took time out of their schedule to continue to respond down the comment thread. They gracefully and authoritatively shut down Nye’s online trolls convinced that ‘anthropogenic climate change’ – global warming and climate change caused by human activity – is a myth.

NASA has been at the forefront of Earth science since the 1970s, when the US government was less able to finance space exploration. The organisation turned its focus inward, and:

in 1984, Congress again revised the Space Act, broadening NASA’s Earth science authority from the stratosphere to ‘the expansion of human knowledge of the Earth’.

Climate change is now thought to be potentially progressing at a far faster rate than originally thought. Temperature records have been broken several times in the first few months of this year alone.

And this is not the first time climate deniers were offered bets in the face of overwhelming proof – last year, UK climate denier Sir Alan Rudge lost £1000 to a Cambridge University researcher after betting that world temperatures would be more than 0.1°C cooler in 2015 than 2008.

Since leaving his job as a Republican aide, Nye’s opponent Marc Morano has made a career out of denying that either global warming or climate change are occurring. His website, ClimateDepot.com, is financed by the Committee For a Constructive Tomorrow – a nonprofit organisation in Washington DC that lobbies for “free-market solutions” to environmental issues.

Morano is currently making a film about the ‘hustle’ of climate change, for which he interviewed both Bill Nye, and climate denier and politician Sarah Palin. In her interview segment, she claimed:

Bill Nye is as much a scientist as I am.

In the week following their exchange with ‘climate trolls’, NASA Climate Change posted no fewer than three articles about the overwhelming agreement among scientists worldwide that climate change is real, and currently increasing far faster than originally thought.

One of these articles – titled ‘Consensus on consensus’ – drove their point home.

Get involved in your next climate action.