The government’s spying agency tries to woo social media, then falls flat on its face (TWEETS) - The Canary 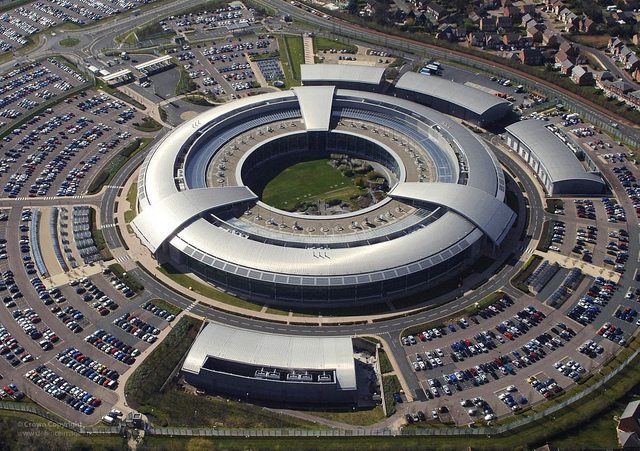 The government’s mass spying organisation – the Government Communication Headquarters (GCHQ) – has joined Twitter, in an attempt to woo the public:

In joining social media GCHQ can use its own voice to talk directly about the important work we do in keeping Britain safe.

GCHQ’s social media presence will be used to further the government’s narrative. The government uses the threat of terrorism to erode the rights of its citizens. Apparently it needs to hoard all of our personal information to ‘keep Britain safe’.

However, moments after the agency joined, it became apparent Twitter wasn’t buying it:

hi! Presumably to DM you we just need to say it out loud in our kitchen while our phone's nearby, right? 🙂

The documents leaked by Snowden show that GCHQ has the ability to turn on our microphones and cameras on our computers, listen to our phone calls and track our locations, while collecting all sorts of data about what we do online.

Hi @GCHQ you don't know where I left my keys do you?

GCHQ indiscriminately collects data from every visible user on the internet.

@DrLucyRogers surely following count should be "everybody"

Aside from GCHQ, the government is currently using its ‘domestic extremism’ police unit to spy on the Green Party, environmental activists and children. So it would be naive to think that the government does not have its own motives for collecting our data.

Twitter users continued to make light of the situation:

Ive just followed @GCHQ on the basis that they've been 'following' me for years.

While this Twitter used the occasion to spread valuable life lessons:

Others took a more serious route:

Many Twitter users picked up on a certain handle GCHQ followed:

Does the threat of terrorism justify mass surveillance?

Where our brightest people bring together intelligence and technology to keep Britain safe.

Theresa May’s Investigatory Powers Bill or ‘snoopers charter’ seeks to make mass surveillance official government policy. Ostensibly, this is to prevent terrorism, but there is no evidence it works. In fact, treating the entire country as suspects is likely to be detrimental for terrorism prevention. It’s the equivalent of building a breathtakingly unnecessary and humongous haystack to find a handful of needles in.

The following is a chart produced by The Canary, showing the real risk of dying from a terrorist attack in the UK. It was inspired by this chart The Intercept produced for the US.

The death caused by Muslim extremism within the chart was the murder of Lee Rigby in May 2013. However, Seumas Milne – now Jeremy Corbyn’s strategist – said that this “was not terrorism in the normal sense”, because the killers specifically targeted a soldier who served in Afghanistan. It is important to realise the link; this was not an indiscriminate attack.

As we can see from the chart, one is way more likely to meet their end being struck by lightning than in a terrorist attack here in Britain. There are 2 deaths from lightning every year, 5 deaths from car accidents every day, and 110 deaths from air pollution every day. This is compared to 1 death from Muslim extremism since 2010, which is mirrored by 1 Muslim death at the hands of white supremacists since 2010.

The greatest obstacle to anti-Muslim fear mongering and bigotry: reality.

Islamist boogeymen are useful because they allow the government to scare people into handing over their rights. The risk of British people being attacked by terrorists is blown out of proportion to expand state power.