This is how the leaders of the opposition spent their weekend, and it wasn't relaxing - The Canary 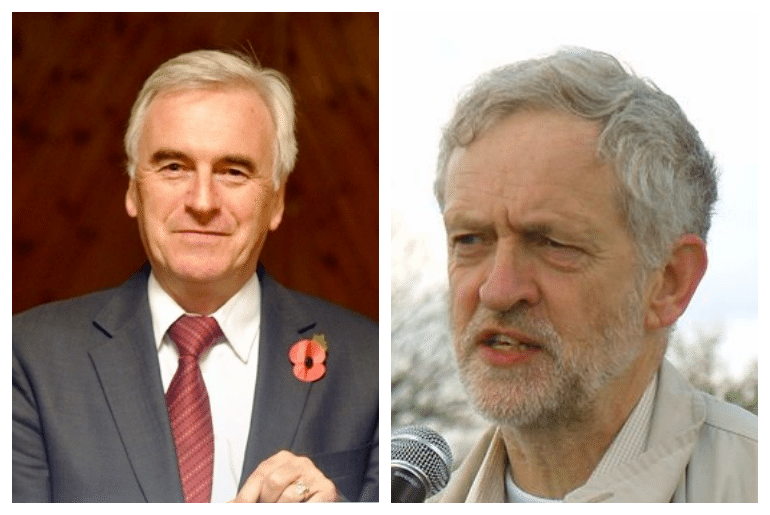 Rather than relaxing after a week of politics, Labour leader Jeremy Corbyn and Shadow Chancellor John McDonnell have both spent their weekends at protests about issues they are passionate about.

Corbyn joined around 80 people in his constituency of Islington on Saturday to march to Holloway prison which is currently in the process of being sold off to housing developers. The march, which was also in opposition to the recently passed housing bill, demanded that, if the sale goes ahead, there should be “50% ‘genuinely affordable’ council housing and community services on the 10-acre HMP Holloway prison site”.

Speaking to the protest, which was organised by the Reclaim Justice Network, Islington Kill the Housing Bill and Islington Hands off our Public Services, Corbyn stated:

I get the feeling we’re going to be doing an awful lot of campaigning and marching for housing in the next four years. We need a comprehensive strategy that deals with the housing crisis in this city.

The march was also addressed by spokesperson for the Reclaim Justice Network, Rebecca Roberts:

We want social justice, not criminal justice. We want housing, not prisons.

Meanwhile, John McDonnell spent his Saturday joining protesters at Topshop in Oxford Circus at one of 17 branches targeted in a day of action. The demonstrations were called by the union, United Voices of the World to support two Topshop employees who worked as cleaners, and who have been “victimised and bullied” for standing up for worker’s rights and demanding the living wage.

The protest also focused on opposition to tax-avoiding billionaire Philip Green who owns Arcadia Group which run Topshop. Placards at the demonstration included “Wanted Philip Green” and “Justice for Cleaners”. Protesters attempted to enter the store but were pushed back by security and police before blocking traffic at Oxford Circus.

Interviewed at the protest, McDonnell stated:

The national living wage isn’t the living wage. I think what we need now is proper trade union recognition and a proper living wage. That way, people can survive in our capital city because they can’t at the moment. They live in poverty as a result of poor wages.

Whatever your views on Corbyn and McDonnell, it is refreshing to see frontbench politicians acting out of heartfelt passion and belief for important causes. Their presence also serves as a reminder that change doesn’t necessarily come from parliament, it comes from ordinary people taking to the streets. As the Tories destroy our welfare state and plunge more and more people into poverty, we would do well to follow this example and make these protests massive and impossible to ignore.

Support United Voices of the World and other campaigns for worker’s rights such as the SOAS Justice for Cleaners.

Sign the petition to give Topshop cleaners the living wage.

Featured image via Wikimedia and Wikimedia.