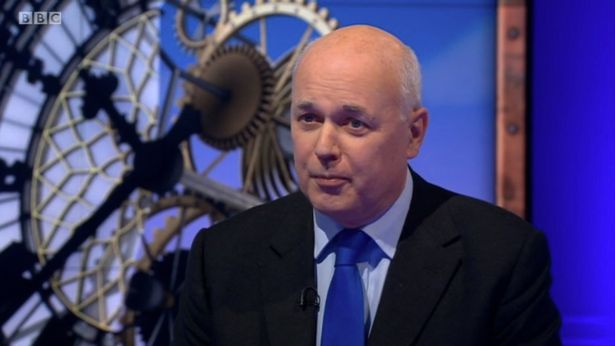 In what can only can be described as car crash television, Iain Duncan Smith went on the BBC’s Sunday Politics programme yesterday – and didn’t come off well. In an interview with Andrew Neil, the former Work and Pensions Secretary appeared rather out of sorts. Swinging from conspiracies about the Bank of England Governor Mark Carney, to attacking former Prime Minister John Major, IDS appeared somewhat rattled.

However, the most concerning part of this exchange was perhaps his responses to Neil’s questioning over workers’ rights in the event of a Brexit.

When probed on the Working Time Directive (the EU legislation surrounding the rights of employees to breaks, time off between shifts and the number of hours that can be worked in a week), he was seemingly dismissive of it, saying:

The Working Time Directive of itself gave little or no flexibility to business and to employers at the time. It’s been in place and we have had to work with it. But the reality here is … that you protect the workforce, but you make sure that the competition that they face in terms of their jobs is actually fair competition and not unfair competition

Neil then asked again IDS’ stance on the legislation, to which he replied:

UK law would protect what we think is best for the workforce, and that’s exactly right. You’re a democratic government. The democratic government will decide what it thinks is right. That is possible for Labour or Conservatives to argue and debate. I believe that it’s right to have it, but the question is how flexible you are over the way it’s operated.

The EU Working Time Directive, which was installed in 1993, has already been subject to watering-down by consecutive governments. Most notable is the opt-out clause of the 48-hour limit on a working week. This was secured by the Conservative government in 1993, and directly affects those in essential services, security staff and those working at sea – but indirectly is used widely across the hospitality and retail sectors.

Iain Duncan Smith’s comments come during a wider debate in the Conservative party about workers’ and human rights – and all sides of the argument should be seen as worrying.

Only three weeks ago, we had Theresa May touting for the UK to withdraw from the European Convention on Human Rights (ECHR) while maintaining our EU membership. As The Canary reported:

The British Bill of Rights is back in the news this week. At the Queen’s Speech, David Cameron is set to announce a consultation on the proposed bill, which is designed to give judges the final say on human rights cases.

The idea was first set out in the Conservative manifesto (pdf) for last year’s general election. But critics, such as the campaign group Liberty have questioned the moves: 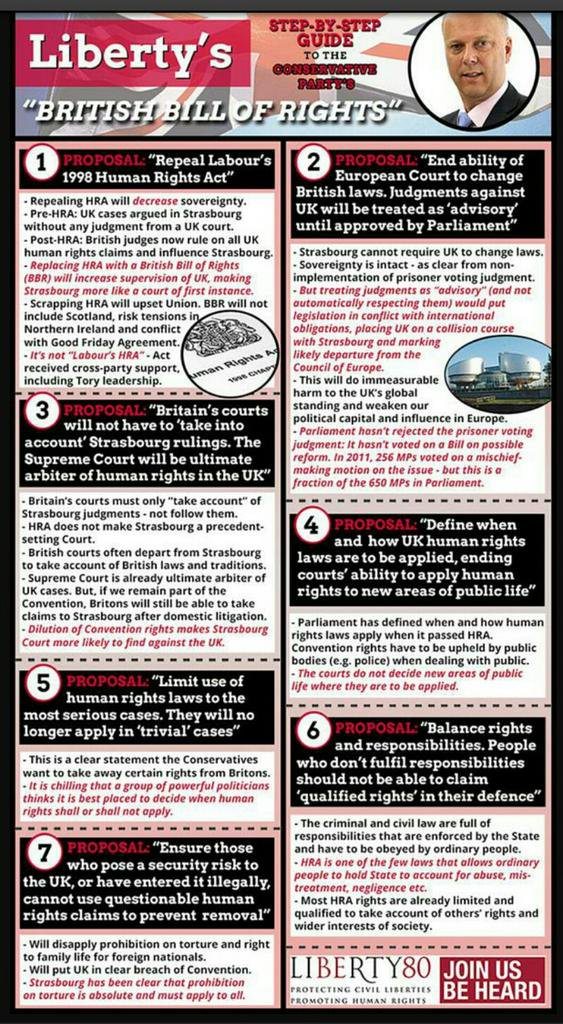 Bella Sankey of Liberty summed up their opposition:

The proposals are legally illiterate, politically provocative and designed to put us on a collision course with the Court of Human Rights and likely lead to the UK’s ultimate departure from the Convention on Human Rights and the Council of Europe. The plans are clearly intended to diminish the rights of everyone in Britain – in particular vulnerable minority groups and children with parents facing removal or deportation.

But advocates of the bill, such as Tory MP Damian Green, argue that it would restore powers to the UK over certain areas where our jurisdiction has been severely diminished. For example:

a foreign national who takes the life of another person will not be able to use a defence based on Article 8 of the European Convention – the right to respect for private and family life – to prevent the state deporting them after they have served their sentence.

He also pontificates that it would improve British national security and “return ‘Human Rights’ to being a phrase which all of us regard in a positive light.” Rousing stuff from the man arrested over possible ‘misconduct in public office’ in 2008. He certainly liked articles five and six of the ECHR, “The Right to Liberty and Security” and “The Right to a Fair Trial” in this instance – as the case was dropped due to insufficient evidence.

But here’s the thing. The Conservatives’ plans for this British Bill of Rights appear to set different factions of the party at odds with each other. While all Tories seemingly back the proposals, there is the usual disagreement over their implementation.

Most notable in this is that David Cameron will not be proposing that we leave the ECHR. His argument is simply that the British Bill will be classed as primary legislation and will therefore supersede any EU law.

This is directly at odds with what Home Secretary Theresa May outlined less than a month ago, where she said the ECHR “binds the hands of Parliament”, that it “adds nothing to our prosperity” and “makes us less secure” – and seemed intent that we would withdraw, even if we stayed in the EU.

Either way, from IDS’ comments about workers’ rights on television to Conservative infighting over the toing-and-froing between home and European legislation, should they really be trusted to put the public’s best interests to the fore?

Barrister and Liberal Democrat peer Anthony Lester summed it up:

Human rights are not the gift of politicians and bureaucrats. They are our birthright – part of our common humanity. They need to be protected against the abuse of power. That is an idea we must fight for.

The debate around our basic rights as citizens and human beings is not one for political point-scoring, nor is it one to be used and abused for the purposes of politicians’ own agendas surrounding a referendum.

It is a debate that should be had with one agenda at its core – the best interests of everyone in society.

Register to vote in the EU referendum.