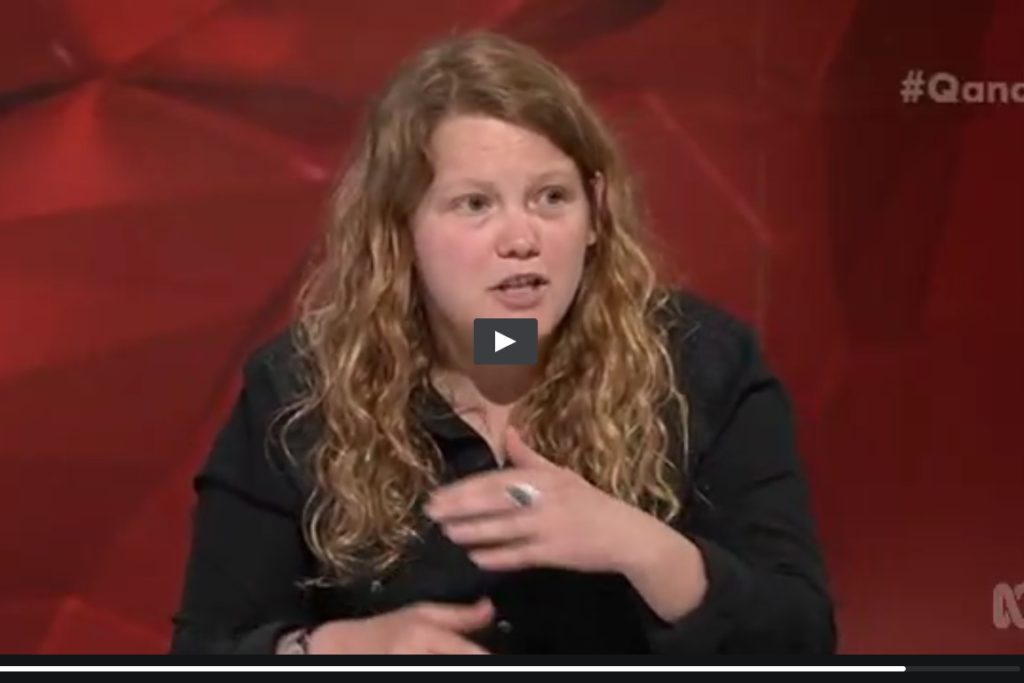 Dictatorships suck. But if we in Western nations focus on the barbaric actions of regimes abroad, we often take focus away from the barbarity of the global economic system our governments insist on keeping alive. And it is such a double standard that award-winning poet Kate Tempest highlighted it on a talk show on 16 May.

The Australian debating show Q&A was focusing at the time on the following question asked by an audience member:

Sanctions proved an effective method in helping bring an end to apartheid in South Africa. What can be done to stop otherwise liberal nations from trading with the likes of Saudi Arabia?

At The Canary, we have been very critical of Saudi Arabia and the fact that Wahhabism (its state ideology) is the driving force behind Daesh (Isis/Isil).

The way Tempest turned the question around on the Q&A panel and audience, however, was a very important wake up call. She said:

As ROAR Magazine founder Jerome Roos has said, Thatcher “deregulated the financial sector with a religious ferocity”, and was despised not only for her neoliberal policies but because of “the ugly face she put on them”. For him, she:

personified the naked logic of class warfare operating underneath the technocratic surface of her neoliberal project.

Thatcher and other neoliberal leaders also befriended the likes of Chilean dictator Augusto Pinochet and believed there was no alternative to apartheid rule in South Africa. The British leader, for instance, once called Nelson Mandela’s ANC a “typical terrorist organisation”.

For this reason, Tempest is right to criticise the continued dominance of neoliberal economics. And the truth is that many economists now oppose it too. Nobel Prize-winning economics professor Paul Krugman, for example, has insisted that “the whole austerian ideology is based on fantasy economics” and that anti-austerity figures like Labour party leader Corbyn are actually “basing their views on the best evidence from modern macroeconomic theory and evidence”. It is no surprise, then, that economic experts wrote an open letter back in August 2015 saying Corbyn’s opposition to austerity was “actually mainstream economics”.

As Tempest correctly pointed out, the continued dominance of neoliberalism’s extremist economics is perhaps the biggest threat to ordinary citizens in the world today. So while it is perfectly right to criticise cruel and oppressive dictatorships outside the West, we must never stop talking about and opposing the destructive and anti-democratic doctrine of neoliberalism. Because as Tempest says:

the core of all of this is greed and it is unacceptable in this day and age.

– Write to your MP to share your thoughts with them about austerity and privatisation.