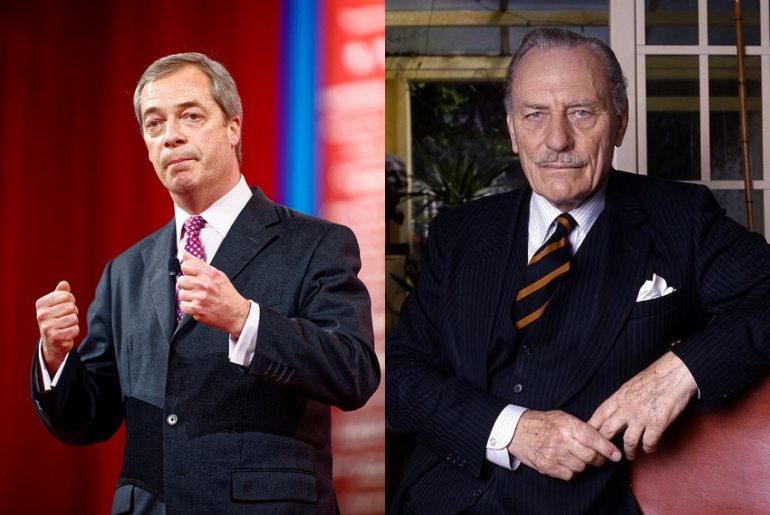 Nigel Farage has been compared to Enoch Powell after saying “violence is the next step” if Britain doesn’t vote to leave the EU during the referendum.

Speaking to the BBC, Farage said:

Yes, that’s right, the leader of a political party which just won 45 council seats in the election, said that “violence is the next step” if a democratic vote fails.

Criticism of Farage’s comments has come from all quarters. Labour MP Chuka Umunna claimed there were “shades of Enoch Powell in his latest outburst”. Doreen Lawrence OBE, also condemned him, calling his remarks “deeply worrying”:

When only 6% of MPs and peers are from ethnic minority backgrounds and almost 70% of boards of FTSE 100 companies are exclusively white, it is simply wrong to say people are ‘having their noses’ rubbed in diversity… And he should not speak lightly about seeing violence on our streets in the event of a vote to remain in the EU.

However, racist and threatening comments coming from Farage should not be a surprise – it seems to be a staple of his party and its representatives. Furthermore, he is not likely to be fazed by the comparisons to Powell, given that he stated, in 2014, that he supported the “basic principle” of Powell’s infamous “rivers of blood” speech.

These disgusting comments and the deliberate misinformation on immigration being pushed by Brexit supporters must be challenged. During 2015, there was an 18% increase in reported hate crime, with 80% of the crimes recorded being race-related. These remarks not only fuel the fire of racism, they actively incite violence if the vote doesn’t go the way they wish.

Inciting racial hatred is a criminal offence. According to the Crown Prosecution Service (CPS), the behaviour:

has to be “threatening, abusive or insulting”, and it has to be intended to or likely in all the circumstances to stir up racial hatred.

Surely, saying “violence is the next step” in dealing with immigration must reach this threshold.

Whichever side of the Brexit argument you are on, this kind of racism is abhorrent and should be condemned. However, it is not just up to the police and the CPS to deal with racial hatred. Racism can, and should, be confronted each and every time it rears its ugly head – whether this is on the streets or from the foul mouths of politicians.

Take action against racism and support the Anti-Fascist Network.

You can report Nigel Farage for hate crime here.