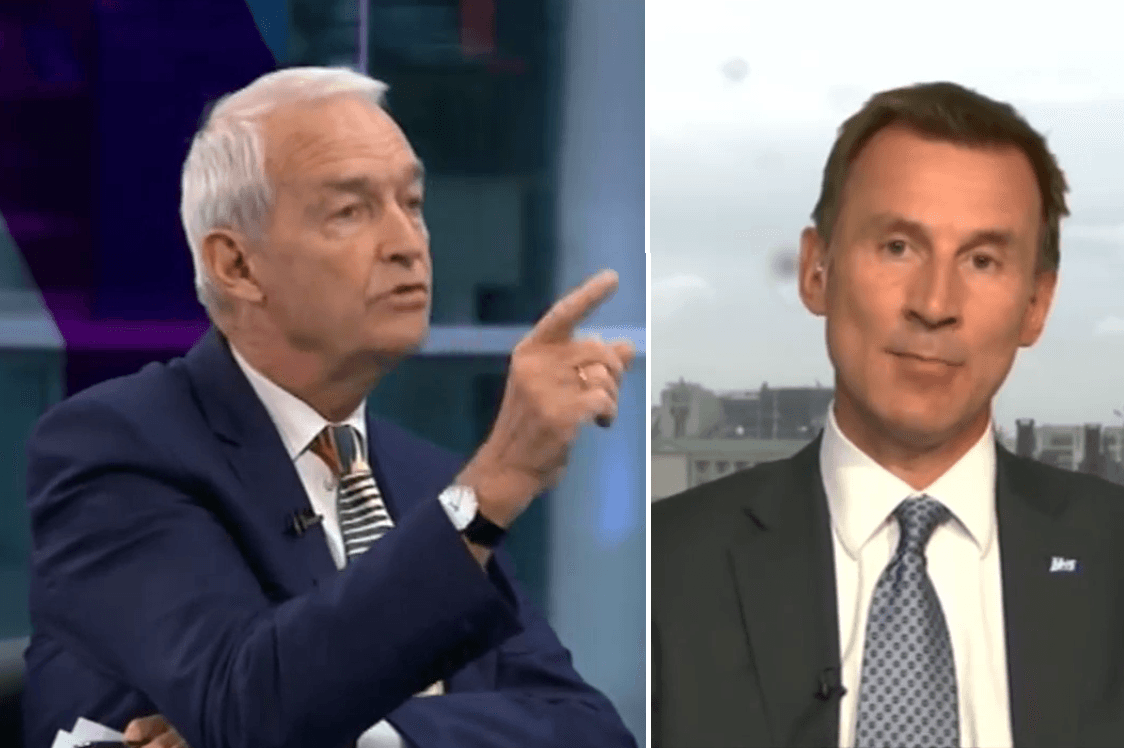 After a marathon of industrial action, including two all-out strikes, Jeremy Hunt finally decided that negotiations were the way forward. On Channel 4 News, the Health Secretary seemed to think he would be commended for his belated climb down. But Jon Snow wasn’t about to let him off the hook that easily:

The Health Secretary and the British Medical Association (BMA) have agreed upon an amended version of the new contract for the nation’s 55,000 junior doctors. As The Independent summarises:

The new settlement is based on a compromise on weekend pay, which will see doctors who work more than six weekends in a year earning salary top-ups that will increase the more weekends they work.

New measures to support doctors returning from maternity leave and increased pay premiums to attract doctors to understaffed specialties such as emergency medicine are also included in the new package.

However, the amended contract will be put to a referendum among BMA members – so it could still be wholly rejected. And the BMA is facing a growing backlash from the junior doctors themselves, as the new deal is branded a “sell-out” and a “joke”.

It doesn’t seem like an improved deal. It’s the BMA’s turn for propaganda to try and sell this as a good deal. Looking at the Acas document there seems to have been lots of areas where we have conceded. It’s unclear where we have gained anything.

Indeed, Hunt says the amended contract is ‘cost neutral’ which howls two questions: why didn’t he propose it in the first place? And, most significantly, how will Hunt deliver a better NHS without providing any extra funding? That was the problem with the contract in the first place.

The NuffieldTrust thinktank has found:

This is unsustainable. Here’s another way to view our NHS in crisis:

Without more funding and staff, there will be no progress in maintaining our public health service.

Jon Snow did a great job of holding Hunt to account on Wednesday. More of this please.