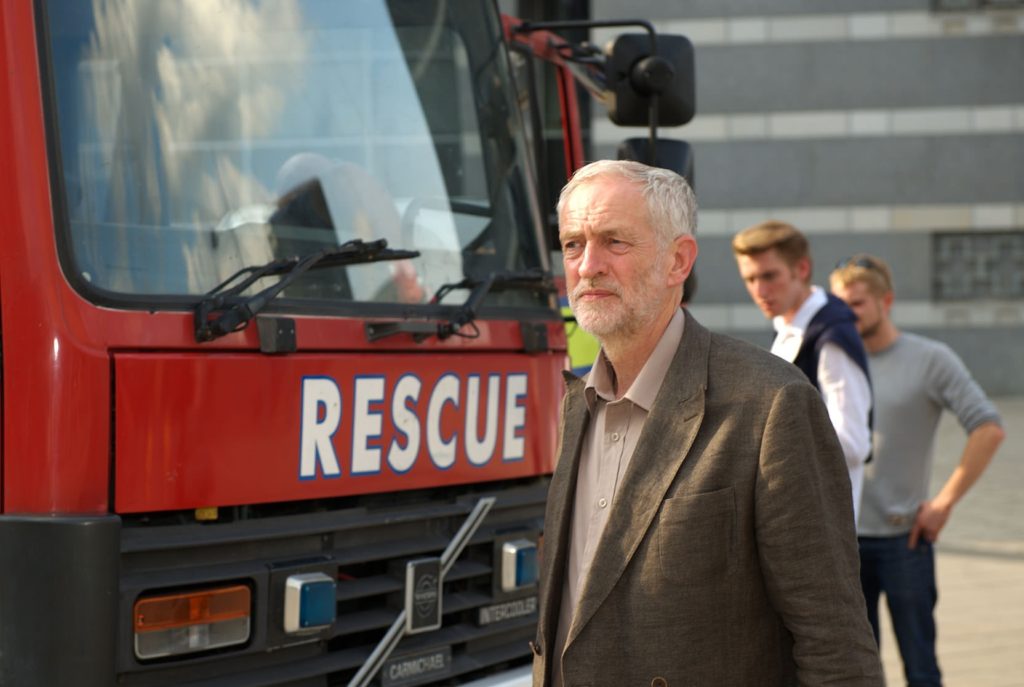 After a meeting on 29 June, the general secretaries of the UK’s biggest unions released a joint statement supporting Labour leader Jeremy Corbyn and condemning the behaviour of the party’s coup-plotting MPs.

The statement – signed by the leaders of Unite, Unison, the GMB, and other British unions – began by saying:

The current crisis within the Parliamentary Labour Party is deeply regrettable and unnecessary.

Considering that the Conservative government is currently in crisis, the unions insisted that:

a Leadership election [in the Labour party] would be an unwelcome distraction at this time of crisis … our members and millions of others will be looking with dismay at the events in parliament. It cannot be right to seek to denude the Labour front bench at this time, when the government more than ever needs to be scrutinised and held to account by an effective and united opposition that does the job it is paid to do.

If this was not already scathing enough criticism of the behaviour of anti-Corbyn Labour MPs in recent days, the unions urged the leader’s opponents to only challenge him “through the proper democratic procedures”. They also asked MPs to “respect the authority of the Party’s Leader”, insisting:

Jeremy Corbyn is the democratically-elected Leader of our Party who secured such a resounding mandate less than ten months ago under an electoral procedure fully supported by Labour MPs.

Other unions which signed up to this statement included the CWU, UCATT, TSSA, ASLEF, FBU, BFAWU, and NUM.

Our union supports Jeremy Corbyn against what is clearly a choreographed and undemocratic attempt to unseat him… Using the EU referendum result as cover is inexcusable when the urgent need is for Labour and the unions to unite to combat the rise of racism.

Unions, members, and voters all stand up to parliamentary bullying

With this statement from Britain’s biggest unions, Corbyn now has the support of Labour members and voters, trade unionists, and thousands of new members joining in preparation for a potential leadership ballot. He is opposed by the outgoing Tory Prime Minister David Cameron and a bunch of right-wing Labour MPs who never really supported their democratically-elected leader anyway.

Corbyn ally Diane Abbott wrote on 29 June about how Labour MPs opposed to the party leader had attacked him “in the most contemptuous terms possible” on 27 June, and that:

There was only one intention: to break him as a man.

Vox Political’s Mike Sivier has described this as:

organised bullying on a scale we would not tolerate anywhere else

A non-Corbynista MP told me afterwards that he had never seen anything so horrible and he had felt himself reduced to tears… [Labour MPs are] blind to how their activities look to the world outside the Westminster village… [and for this reason had opted] for lynch mob tactics because they didn’t actually want a leadership election with Jeremy on the ballot.

This is not the PLP [parliamentary Labour party] versus Jeremy Corbyn; this is the PLP versus the membership. It is the inhabitants of the Westminster bubble versus the ordinary men and women who make up the party in the country.

Whether we support Corbyn or not, do we really think our political establishment has the right to bully a peaceful and principled man into resigning a post he won with an immense democratic mandate?

Former Economics Editor for Channel 4 Paul Mason recently said, “the future, not just of the Labour party but of the country, will be decided on who runs Labour”.