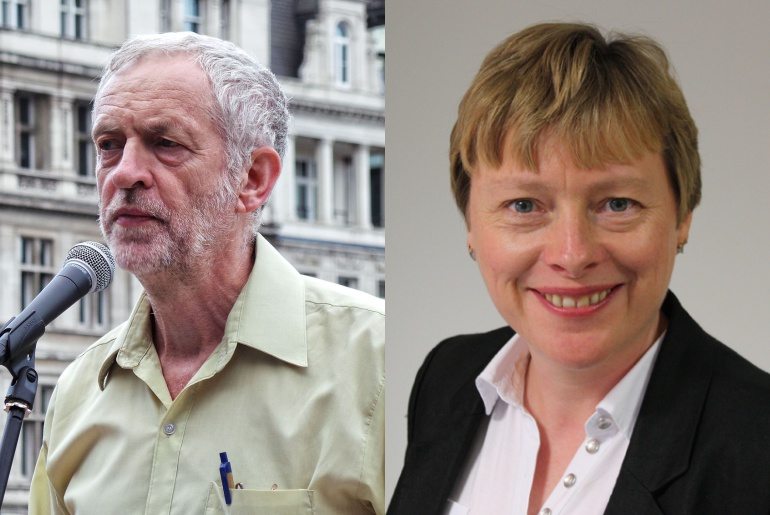 The plotters against Corbyn are looking even more desperate as they realise their leadership challenge may fail. But these latest manoeuverings show everything that’s wrong with the politics they are espousing, and an incredible lack of transparency.

Firstly, even if they lose the leadership election, those opposing Corbyn are investigating whether they can steal the party name. The dissident MPs appear to be seeing whether, in the result that they fail to oust Corbyn, they are able to split from the main party and take the Labour name with them. According to one unnamed MP:

It comes down to what would be the legalities around retaining the name ‘the Labour party’.

Journalist and former press secretary to Harold Wilson, Joe Haines, goes further, believing this can be done without recourse to those pesky democratic processes such as leadership elections:

The ambition of those who believe this can be organised should be to create a new grouping of MPs with all the moderates coming under the same umbrella, preferably with Alan Johnson as its leader. If two-thirds of the PLP join up, it could become the official opposition, receive the several million pounds’ Short money and dethrone Corbyn from the front bench in the Commons.

This statement shows the incredible sickness at the heart of the Parliamentary Labour Party. Knowing they are fighting a losing battle, they are seeking any means possible to sidestep the democratic process. And the arrogance of believing that a handful of elite MPs know better than the hundreds of thousands of ordinary members who have voted and expressed they will vote again for Corbyn, is staggering to say the least.

Meanwhile, the centre-left MPs have launched a “Saving Labour” campaign, which states:

Jeremy Corbyn has lost the confidence of Labour voters and Labour MPs. If you care about our country’s future, and think Labour needs a fresh start, join our campaign.

Unfortunately, as much as they would like this to be true, it simply isn’t, as this open letter published in the Huffington Post points out:

When we consider further that after nine months of Corbyn’s leadership, the party has gone from a catastrophic general election result to being neck-and-neck in the latest polls with the Tories, we see further that it is not Corbyn who is out of touch with the public, but yourselves.

And, unlike the petition launched as a “Vote of Confidence in Jeremy Corbyn after Brexit”, which has over 247,000 signatures, the cowardly coup plotters have not published any means of the public finding out the level of support they are receiving for their campaign.

Possibly they are afraid that they will be shown up as having very little support compared to the numbers backing Corbyn. However, this lack of transparency does nothing for their credibility and shows how they are willing to keep pushing their agenda, disregarding what the public and their membership believe.

If you click through the screens to support the “Saving Labour”campaign, you are rewarded with the following message:

Given the evidence The Canary has been revealing about the pre-planned nature of this coup, the lack of transparency in this campaign – which now includes looking at whether an elite can steal the party name from the membership – it would seem that “democracy” is the last thing the coup plotters think or care about.