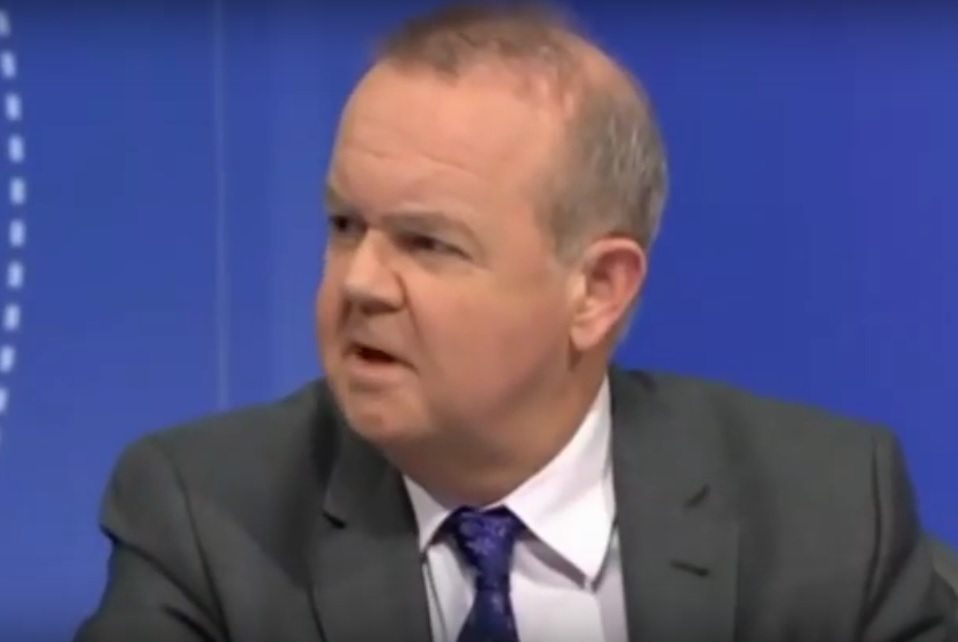 Private Eye editor Ian Hislop rarely expresses sympathy for any political party, and certainly has no soft spot for left-of-centre organisations. But with a concise and scathing criticism of both remaining contenders in the Conservative party leadership contest, he just explained perfectly why this vote must be followed by a general election.

Speaking as a BBC Question Time panellist on 7 July, Hislop was responding to the following question from an audience member:

Should there be a general election once the Conservative party membership elect their new leader?

He made his opinion clear immediately, saying:

Yea, I think there should… the next prime minister will be decided by, what, 150,000 members of the Conservative party membership?

On 7 July, Conservative members were finally given the two candidates they could choose from – Theresa May and Andrea Leadsom – as Tory MPs whittled the field down from five to two. As the more experienced contender, May was clearly the Parliamentary favourite, gaining the support of over a hundred MPs in both the first and second rounds of the vote. Members will now decide between May and Leadsom, and the result is due on 9th September.

Hislop was clearly keen on neither candidate, suggesting that the 52% of British voters who recently chose to leave the EU might wish to choose neither:

We have two candidates…

If, say, you voted Leave because you’re worried about immigration, you’ve got a choice of the Home Secretary, who was in charge of cutting immigration from 300,000 to tens of thousands, and didn’t do it.

If you voted Leave because you’re angry about global capitalism, you’ve got a woman who was funded by a hedge fund. She worked in the banking industry. That’ll really help all of those left behind round the country – to help hedge fund managers based in Guernsey.

What choice is that?

Given that May or Leadsom will automatically become the UK’s next prime minister in September, Hislop is right. The new Tory leader and their newly renovated Conservative party will have no mandate to lead the country. And at this historic juncture for British politics, citizens must not be left without a choice on such a matter.

Urge your MP to demand a general election after the new Conservative leader has been chosen.

See more from The Canary on the Tory leadership election.

Featured image via The Politics Hub/YouTube