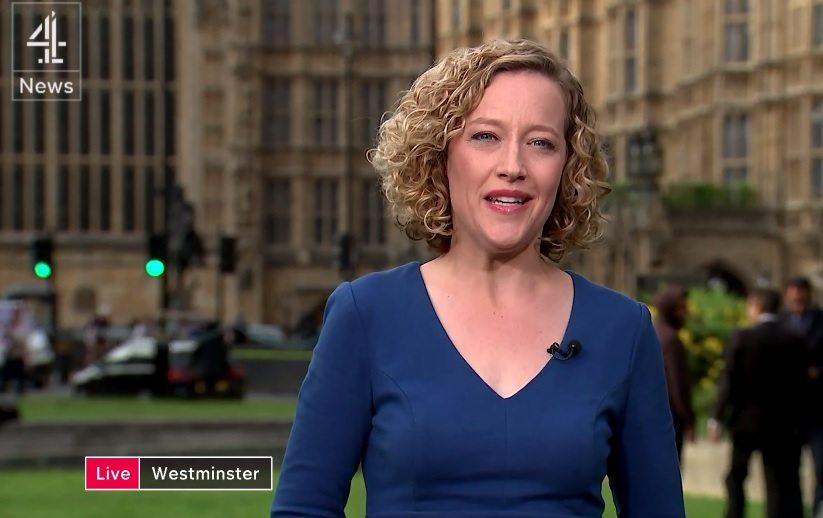 Recently, Channel 4 News‘ Cathy Newman has been reporting on alleged intimidation of Labour party officials. But her assertions have come under intense criticism for inaccuracy and exaggeration. If these criticisms are true, Newman is doing a great disservice to victims of abuse, and undermining our society’s ability to truly tackle the problem.

On 13 July Newman interviewed Johanna Baxter, a member of Labour’s National Executive Council (NEC). The NEC met on 12 July to decide on the rules for the upcoming Labour leadership election, triggered by the attempted coup against Jeremy Corbyn by the parliamentary Labour party (PLP).

One of the decisions made by the NEC at the meeting was whether Corbyn, as the incumbent, would automatically appear on the ballot paper in the election. The NEC voted in the affirmative, but this was not the focus of Newman’s interview. She wanted Baxter to explain more about how she was “bullied and intimidated” in the lead up to the vote:

Baxter noted what she believed to be an “orchestrated” attempt to “target” certain NEC members and put “pressure” on them to vote a certain way. She explained she received thousands of emails in the space of 24 hours, many of which were “threatening”. She also talked of a “prominent journalist” and a “trade union general secretary” who had texted or called NEC members to exert pressure on them.

Newman followed up the interview with a blog on the Channel 4 News website titled “Labour leadership must stand up to intimidation and abuse”, where she provides more details on the “threatening” emails received by Baxter – and the general sense of alarm anti-Corbyn officials are feeling.

However, her reporting has been challenged. Writing on Medium, Frank Parker has unpicked Newman’s evidence and demanded further validation. He calls for her to publish the emails in full, for proper scrutiny, and objects to her framing of all the select examples as abusive.

He agrees that the first email to Baxter referenced, which claims “we know where you live” is obviously threatening. Of course, this sinister comment should be utterly condemned and forwarded to the revelant authorities so action can be taken.

Another describes the 172 MPs who moved a motion of no confidence in Mr Corbyn as ‘backstabbing Blairite Red Tories’, ‘Tory Nazis’ and ‘parasites”’ who ‘put greed before need’.

Parker responds that this email:

gives some forceful opinions about the Labour MPs involved in the coup, borderline rude but not threatening. Here is a comparable tweet, for example, from coup supporter Alistair Campbell ‘Problem with Trot-types always been they pretend to be for working class while 1 despising them and 2 not having own life hurt by Tories’

Parker also challenges Newman’s suggestion that an email circulated naming ‘target’ members of the NEC to contact, to encourage them to “vote the right way”, borders on abuse. Parkers asserts this is the equivalent of “saying write to your MP”. The contact details were reportedly listed for those ‘target’ members, but these are in the public domain anyway for NEC officials.

The “prominent journalist” who Baxter complained had texted NEC members during the vote has also come forward. And he has objected to the suggestion that this communication was in any way intimidating:

Just to out myself as the "senior journalist" who texted a few NEC members to show it isn't as reported at all. (1) pic.twitter.com/585WJ0DsQF

It was my honest view that, whatever you think about Corbyn, if he wasn't on the ballot, the Labour party would collapse (2)

That's what I tweeted. That's what I texted NEC members who I'd met. But just to scotch the idea this was intimidation/an instruction. (3)

There's genuine issues of intimidation, by the way, that must be dealt with. Let's just make sure we're calling the actual intimidation (4)

As Owen notes in his final tweet, there are very serious cases of intimidation happening in the UK, and some of these may come from Corbyn supporters. But Newman’s calculation that criticisms of the PLP, albeit using very colourful language, and attempting to influence officials a certain way on a vote equals abuse is misguided.

Representatives are meant to be contacted by the public, which is why NEC officials publish their contact details online. Certainly, it would have felt overwhelming for Baxter to have received thousands of emails in one day. And the fury with which these communicators expressed themselves would likely have been unsettling.

But people are very angry right now, as they are witnessing their elected representatives trying to overthrow their freedom to choose. This is manifesting itself in a reinvigorated electorate, unafraid of making their voice heard in the political sphere.

Those voices that erupt with abuse, threats, and intimidation need to be called out and tamed. They also need to be prosecuted if their behaviour falls foul of the law.

But the political passion we have witnessed in the population over the last few months should continue to skyrocket. Finally, people are demanding their representatives stand up for them. That’s what democracy is supposed to look like.

Read our other articles on the Labour coup.