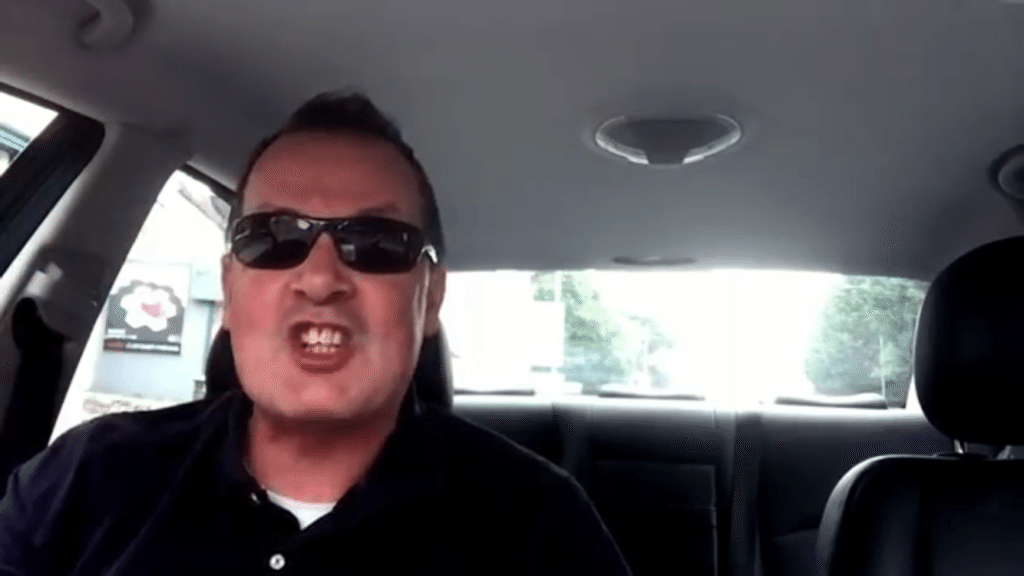 The next phase of the Parliamentary Labour Party’s coup against Jeremy Corbyn took place on Sunday, with London Mayor Sadiq Khan coming out in support of Owen Smith. One London taxi driver’s powerful message to Khan has lit up social media.

An open letter to Sadiq Khan on Jeremy Corbyn https://t.co/H3pOEQt58M

The Artist Taxi Driver Mark McGowan releases video messages daily, viewed between tens and hundreds of thousands of people across Britain and the world. His colourful, expletive-laden rants help articulate fairly complex cultural and political ideas to audiences who might otherwise think such debates outside of their comfort zone. But his reaction to Sadiq Khan’s betrayal of Jeremy Corbyn has particularly captured the minds and hearts of viewers.

On Sunday morning, Khan spoke out against Labour leader Jeremy Corbyn with a hostile piece in The Observer, saying:

By every available measure, if Jeremy remains as leader, Labour is extremely unlikely to win the next general election. The hopes of the members who have joined our party would be dashed again. Jeremy has already proved that he is unable to organise an effective team, and has failed to win the trust and respect of the British people. We need to be honest and recognise that means it will be more likely that the NHS will come under even greater attack from the Tories. More likely that we will see even deeper Tory cuts. More likely that our industrial heartlands will continue to decline, and that zero-hours contracts and job insecurity will become the norm. Because the Tories will stay in power, and Labour will stay in opposition.

But as McGowan points out, Khan is missing every measure that promises otherwise – including his own election as London Mayor.

Labour has won all four Mayoral elections under Jeremy Corbyn. Corbyn also led the party to persuasive victory in the local elections in May (despite coup plotters warning in advance that the party faced an overwhelming defeat). Khan fails to mention a swathe of important by-election victories to boot.

The decision of 84% of Constituency Labour Parties to back Corbyn isn’t mentioned either – despite this being an astronomic increase on the mere 39% who supported him in 2015, and swing consistencies include those who formerly backed the likes of Liz Kendell and Yvette Cooper.

By this point it should go without saying that the mass rallies taking place across the country and the surge in Labour Party membership were missing from the analysis too.

In fact, Khan’s statements seem no more than a glib regurgitation of Owen Smith camp talking points. As McGowan points out, it’s a sad day for the London Labour voters who backed Khan in the hopes of a new kind of politics, and a genuinely progressive, anti-austerity platform. He says:

“Its not about what you want. It’s about what the people want. This is why people don’t do politics.”

The coup isn’t a benevolent act. It’s a toxic campaign driven by smear, and condescension.

The Labour government of Tony Blair lied to the country to gain support for the catastrophic invasion of Iraq, introduced University tuition fees, and tried to push through ID cards and 90 day detention without charge. There was no Labour coup then, when the country badly needed one.

The Labour coup is nothing more or less than an establishment tantrum, that people dared to vote for someone with a commitment to change the status quo. No vision, no values – an undignified spectacle that only the commitment and faith of the growing Labor movement can defeat.