Ignore the media tantrum, this is the best thing to happen to Britain in decades [VIDEO] - The Canary 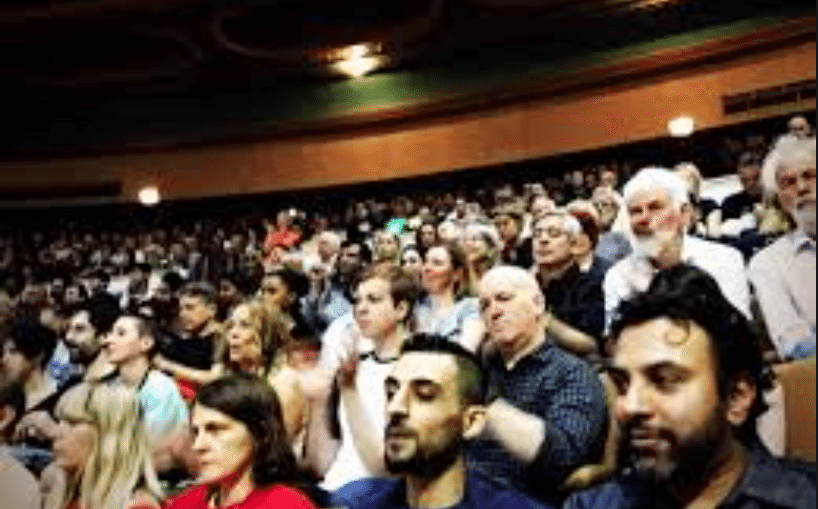 Reading the front pages and near-hysterical columns of mainstream media journalists today, you’d think that working class Britain getting involved in politics again was the worst thing to happen to the country in decades. But really, it’s the absolute best.

For decades, many sections of British society have moved away from the world of politics. Joining political parties, campaign groups, or even voting in general elections just fell off their agenda.

Since then, something has been building in Britain. First, the independence referendum in Scotland. Between 2002 and 2013, SNP membership grew to just over 20,000. Two years later, this had rocketed to well over 100,000. There was an energised political movement in Scotland – with anti-austerity and pro-social democracy ideas at its core, and it obliterated Britain’s mainstream, pro-austerity, neoliberal parties in the 2015 general election.

Then, Jeremy Corbyn won the Labour leadership election later the same year. With its fresh arrivals, the Labour Party now has more than 500,000 members – easily surpassing Tony Blair’s peak of 405,000. They have more members now than the Conservatives (134,000), Liberal Democrats (61,000) and Greens (60,000) combined.

The Corbyn team is using an online-offline strategy of building strong social media campaigns which tie into real, mass-attended political rallies – meaning they can effectively bypass a hostile mainstream media. One example would be Sunday 21 August, when The Guardian took aim at Corbyn with the announcement of London Mayor Sadiq Khan’s support for rival Owen Smith. While the mainstream media chuntered on about this singular decision, Corbyn’s rally in Kilburn amassed more than 4,000 in the live audience while over 90,000 watched on social media. And the focus was on policy – how are we going to fix the problems facing people up and down the country?

It looks like the harder the establishment bears down on Corbyn and his supporters, the broader and more determined his support base becomes.

People are not just saying they might vote in the next election. They are becoming active members of political parties – many for the first time in their lives. A movement is happening. We are witnessing the rise of a modern day labour movement, which organises online and offline, and is able to shape the future of our nation.

A shock to the (established) system

After the Scottish referendum, the 2015 elections, and Corbyn’s victory in the Labour leadership elections, Britain faced the prospect of Brexit. Whether you supported it or not (I voted Remain, in the absence of a left-wing exit plan), it was yet another powerful example (in this most unusual year of British politics) of citizens defying the establishment media and political class. All the scaremongering and bullying didn’t only fail. It backfired.

The long-latent British electorate appears to have woken up from a resigned slumber and torn up the political rule book of the past few decades. For all that time, general elections have been decided by Middle England – and whether it chose to inch its way slightly to the right or left of an incredibly narrow window of political and economic ideology.

Just 24% of the electorate voted Conservative in 2015. New Labour and the Conservatives are focused on fighting for a share of that 24%. In previous election cycles, they would have been right to do so. But times are changing. The SNP, Corbyn’s Labour, and a rash of other exciting new campaigns are reaching out to the 76% – and that isn’t only great for those parties, it’s great for our country and our democracy. It’s strange that a group so fond of market competition should be so hostile to the competition of ideas in politics.

We might have expected Conservatives to recoil in horror at this development, but this movement has been decried by the entire media and political establishment – including the ‘liberal’ wing.

I’m as partial to a glass of rioja as the next woman, but I have experienced an ever-growing frustration with the rioja liberals. They espouse egalitarian-sounding concerns, and bemoan the economics and politics that brought us the catastrophe of bogus austerity. But when the SNP took Scotland and Corbyn became Labour leader, they absolutely lost it. They reacted to the rise of genuine working class, anti-austerity politics like there were riots in the streets, and all sense of order had been lost. In the most condescending tones, they informed supporters that their choices were ‘unelectable’ – despite Labour having more electoral and popular success in the last 10 months than in the previous 10 years. They railed at SNP voters, Scottish independence voters, Momentum, and Corbyn supporters (and indeed the few media outlets welcoming the advent of all of the above), calling them antisemites, racists, sexists, bigots, lunatics, conspiracy theorists, extremists, and even Nazi stormtroopers. No smear was too exaggerated to fill their lips, grace their newspaper columns, or litter their speeches.

Take this reaction of comedian Marcus Brigstocke (a generally lovely chap) to the news that, at a pro-Corbyn rally on the day Sadiq Khan chose to throw Corbyn under the bus, there were a couple of seconds of booing when the London Mayor’s name came up.

It's a fucking tragedy. In the eyes of Corbyn fans if you don't support him you must be condemned utterly. https://t.co/5bh7zScd2c

Now, no one likes a boo. But I’d suggest that anyone who considers one a ‘f*cking tragedy’ might want to take a look around the country, and the world, for a strong dose of perspective.

As I have written before, this permanent political class is freaking out because long-sidelined sections of the British electorate are galvanising into a labour movement. We could be a few months or years away from the most progressive government since Clement Attlee’s post-WWII government delivered the NHS, a national education system, nationalised transport and energy, and rolled out the biggest social housing programme in our history. This is an electoral choice that the UK hasn’t had the opportunity to make in decades.

Those in the permanent political class are facing the most real and present threat to their power since 1979. They are going to use every weapon in their armoury to try and stop that from happening. But none of those weapons is more powerful than a tight-knit grassroots movement with its eye on a shared vision of an inspiring future. So ignore the tantrum of the media and political establishment, and get involved in the most exciting thing to happen to Britain in decades: democracy.

– See more Canary articles on democracy, the media, and neoliberalism (the doctrine of austerity, privatisation, and deregulation which, even according to its former cheerleaders, fuels inequality and hurts growth).

– See the full stream of the ‘Post-Brexit Alliance Building’ event.

– Write to your MP, asking if they support electoral reform. Let them know that it’s an important issue for you.