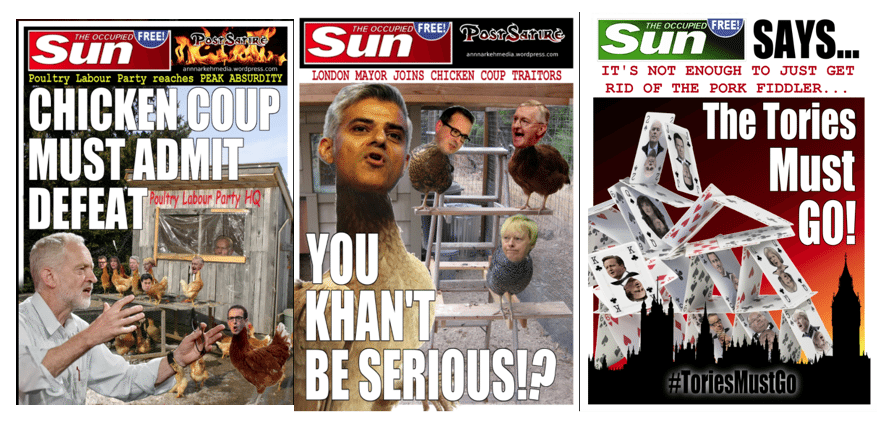 Imagine if The Sun newspaper was taken over by the sort of people that would pitch tents in the middle of town and not go home until they’d agreed on how to change the world. What you would have is The Occupied Sun – and right now, it’s printing some of the most brilliant front pages in Britain.

The brainchild of Ann Narkeh, The Occupied Sun has been up and running since January 2015. 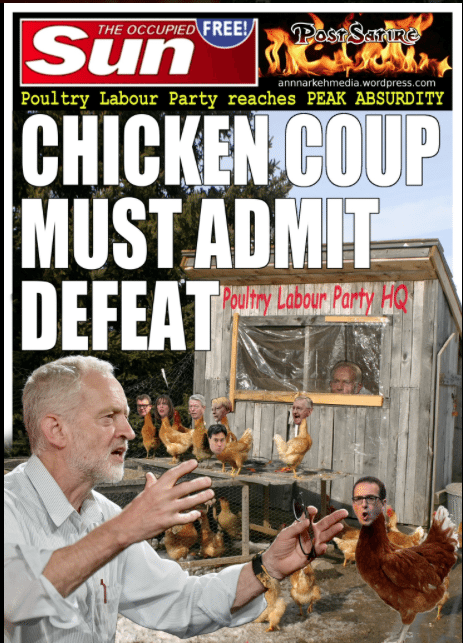 A prize to anyone who spots Tony Blair ^^ 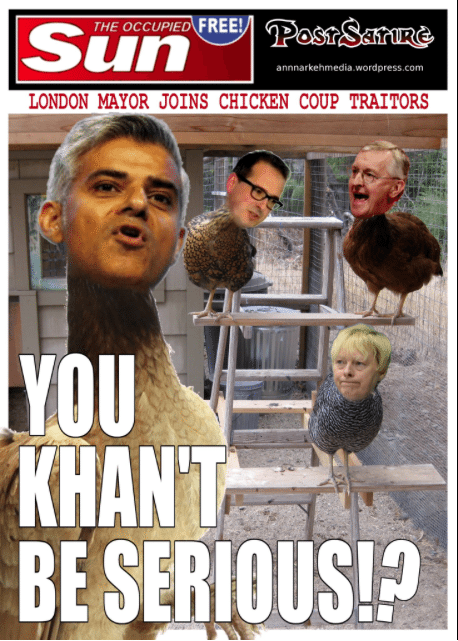 The site even spoofs The Sun Says, the notorious section of The Sun which has a history of blasting AIDS victims, LGBTQ+ people, women, disabled people, and anyone else on whom the toxic rag sets its sights. This might be one of its most undignified efforts: 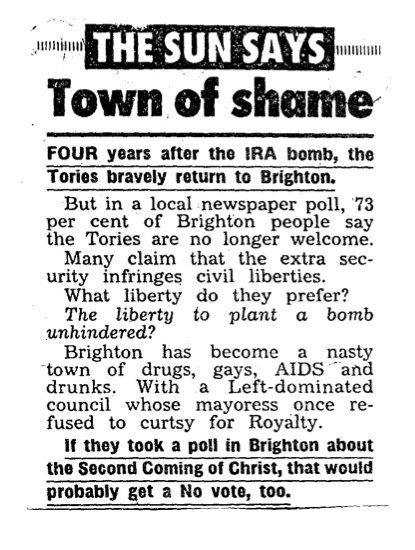 In the same tone of voice, The Occupied Sun Says very different things… like this: 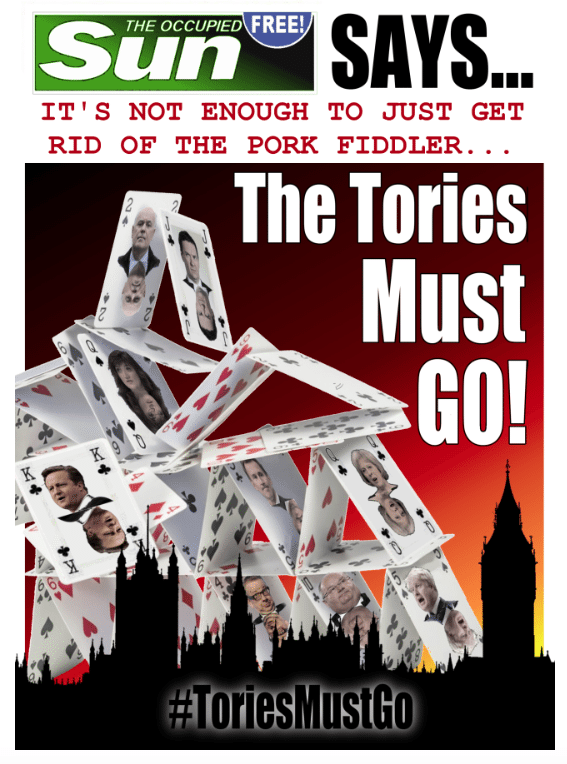 The site’s author was inspired into action by the fact (as captured by a Media Reform Coalition report) that 80% of UK media is owned by just six companies. On top of this, a more recent study by the City of London shows that UK journalists are almost 94% white and 86% university educated, while more than a third live and work in London. With the best will in the world, this appallingly narrow slice of humanity was never going to be able to report a true picture of a far more diverse nation and world.

At the same time, incredible new media organisations like The Occupied Sun, Novara Media, Media Diversified, Media Lens, CommonSpace, Bella Caledonia, Real Media and many others are taking centre stage in the fight against the establishment. They have been ably assisted by an array of skilled and committed bloggers like Vox Political, Another Angry Voice, Pride’s Purge and Politics and Insights (Kitty S Jones), to name but a few.

There is a widespread hunger for a school of journalism which does not rely on the establishment or replicate its mistakes; that tells truth to power and speaks in a human voice; that wears its opinions openly and distinguishes them from arguments of fact.

This is why The Canary exists. We lay out our mission in our Values section for all to see. We believe a free, fair and fearless media is the bedrock of a functioning democracy, because for democracy to work, it requires informed consent from its citizens. We intend to help generate that informed consent by providing our readers with high-quality, well-researched and incisive journalism.

We are as flawed and imperfect as any group of individuals. But someone needs to start this fight, and those who are doing so have seen their work rewarded with millions of new, switched on, and passionate readers. As I have said before, it has felt as if during the last decade, we have all been witnessing the demise of politics, the welfare state, the NHS and the media in gradually escalating horror. We have been looking over our shoulder to the hills, asking: ‘Where is the cavalry?’