We must defend Trots, rabbles and dogs for one very simple reason [OPINION] - The Canary 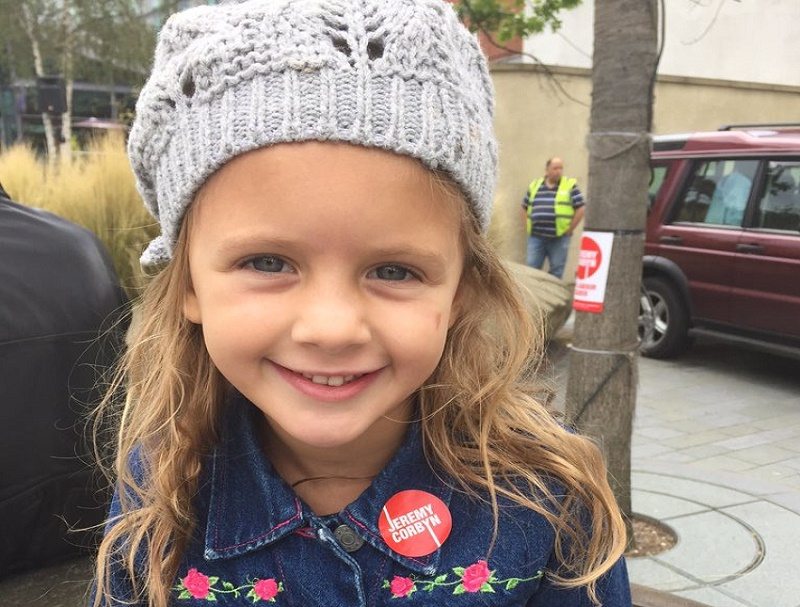 The Labour leadership contest is now entering the business end of the process. On 22 August, the party began to sent ballots out to eligible voters. The main TV debates have been scheduled. And the noise surrounding Corbyn supporters being ‘Trots’, a ‘rabble’, ‘dogs’ and ‘hard-left’ has become deafening. But this nonsense cannot continue. Because most of the Labour leader’s supporters aren’t any of these things. They’re just ordinary people who want others to hear about Corbyn and ‘read all about it‘.

You’ve got the words to change a nation, but you’re biting your tongue

The sullying of Corbyn supporters and left wing groups is now reaching fever pitch. Labour MPs telling Corbyn supporters to “get out of the party“. Comparisons (albeit indirectly) with Donald Trump. Criticisms of upset people booing (even though a Labour MP can tell Corbyn in the middle of his Chilcot speech to “sit down and shut up“). Calls for the Tories to crush a trade union by a Labour Party member. MPs rallying against abuse and name-calling while doing exactly the same thing themselves. And so many of them happily doing it in right wing newspapers. Yes, some Corbyn supporters may abuse other Labour members. But the majority don’t.

In this current frenzied atmosphere, groups like the National Shop Stewards Network (NSSN) have come under fire, being labelled [paywall] as a “shadowy, hard-left… clique” in The Times. I’ve been to an NSSN conference. They’re not “shadowy”. Or “hard-left”. They’re a group of highly skilled union reps who fight day in, day out for the rights of the workers they represent.

The Socialist Party, meanwhile, has been branded “hard-left” by The Telegraph. As has Momentum. And yes, I’ve been to a Socialist Party conference and they are indeed further to the left than Corbyn. But while they don’t like neoliberal capitalism, they’re not calling for it to be overthrown with AK-47s and grenades. The Red Army Faction they’re not.

In short, this intentional nonsense from people engulfed in the Westminster bubble is as unsurprising as it is preposterous.

Striking junior doctors and teachers have been branded “radicals” and “politically poisoned”. Traditionally middle-class professions have been given ridiculous labels. It’s therefore of little surprise that actual far-left groups are set upon so inanely. The NSSN aren’t ‘hard-left’. The Socialist Party aren’t rabid “Trotskyites”. You want ‘hard-left’? I met members of the “International Bolshevik Tendency” last year. They want a workers’ revolution. None of this fannying around, dealing with the Labour Party. A mass, working class uprising. Now that’s ‘hard-left’.

If no one ever hears it, how we gonna learn your song?

But the most cynical of attacks continues to be on Corbyn supporters as a group. Labour donor Michael Foster labelled them “Nazi Stormtroopers” in the Daily Mail. Members of the House of Lords say they’re like members of a religious cult. And, of course, the Deputy Labour Leader says they’re “Trots” infiltrating the party. Maybe there are some people who are members of far-left parties trying to join Labour. And while I, personally, fail to see the problem, if it’s against party rules so be it.

But the downright ignorant and intentionally obtuse smearing of ordinary people is plain wrong. I haven’t the room to list all the Corbyn supporters I interact with on social media. But most of them are ‘ordinary’ people. Working class single mums, previously uninterested in politics, now vocal because a politician talks in terms of ‘we’, not ‘I’. Trade unionists, who bit their tongue to vote for Ed Miliband and are now excited about having their voices heard again. Butchers, bakers, candlestick makers. Just ordinary people, living real ordinary’ lives, battling daily ordinary problems. But now they’re interested in something that could be extraordinary.

For whatever reason, some people seem to despise this. They recoil in horror and disgust at ordinary people saying what they think. They tell them they’re wrong, that they don’t understand. But it’s they that don’t get it. None of the Westminster ‘commentators’ truly understand. That includes the ‘left-wing’ ones. They can’t understand Corbyn’s supporters. Why? Because they don’t know any ‘real’ people like that. They think that going to political rallies or interviewing ordinary people for a column constitutes understanding. It doesn’t.

At night, we’re waking up the neighbours, while we sing away the blues

I’ve spent my entire adult life surrounded by people who aren’t political. Care workers doing 24-hour shifts. Bar staff working from 11am until four in the morning. Factory workers standing on production lines for nine hours a day. Housekeepers cleaning 14 hotel rooms in seven hours. People who’ve been on the dole for years. Disabled people who’ll never be able to work. All of my friends have been ordinary. And 95% of them have no interest in politics.

But they all share several things in common. One is that they want what is best for their families and friends, be that an NHS that is always there for them, enough money in their pockets to have a holiday, good schooling for their children, or public transport that is up to the job. Another is a real dislike for wealthy citizens who seemingly don’t pay their way, and for the bankers who created one hell of a mess in 2008. They also generally look at politicians with contempt or distrust.

Many of these friends don’t vote, for the simple reason that they don’t see the point. The classic ‘they’re all the same’ mantra. For some who do, their choice tends to be due to preordained factors. Who their parents voted for, or which way their family and friends do. But for many, it’s an afterthought based on who they believe will directly impact positively on their lives. And yes, this decision is invariably based on what they deduce from the media.

All my friends are potential Corbyn supporters. They’re not heavily political, and because of this they don’t have entrenched preconceptions. They’re ‘aspirational’, in the sense that they and their families want to live their lives with a decent level of comfort. They’re not bothered about economic intricacies, like whether a 1.25% rise in corporation tax will tip the Laffer Curve into a descent. They just want to know that whoever is in charge will be doing what’s best for them.

And contrary to how political commentators and MPs may view them, they’re not stupid, either. They’re mostly just getting on with their lives, trying to make the best of what they have. But to them, politics is something that other people talk about. Although it affects them, they don’t feel they have any power over the system. Because generally, it seems like they’re ignored.

Research reflects this. After the last general election, just 13% of people felt they could influence politics nationally. Think about that for a few seconds.

So put it in all of the papers, I’m not afraid

Someone tweeted at me on Sunday that:

They all read Brexit wrong and they are doing the same with Jeremy Corbyn. People on the ground want him, need him. He’s real.

This kind of sentiment would be dismissed by political commentators, Smith supporters, and many MPs as naive. They’d say Brexit happened because people were fooled by the Leave campaign. People didn’t really understand. They’d say that while the sentiment is rather nice, it ignores what most of the country really thinks. It’s only the Trots, the rabble, the dogs and the hard-left who believe people ‘want’ and ‘need’ Corbyn. They’d say the country likes the ‘centre ground’, and ‘that’s what best for you’. Because, after all, ‘they’ are the experts.

I say that’s bullsh*t. If the country only likes the ‘centre ground’, it’s because it’s never known any different. The UK has had over 30 years of the same humdrum consensus. Yes, most realise Corbyn isn’t really that radical – whatever image his detractors try to portray. Nor is he perfect. But he is different. And he can be the start of something even more different.

There’s no need to be afraid. I will sing with you, my friend

Polling – that method that the anti-Corbyn brigade holds in such high regard – shows that out of 24 professions, politicians are the least trusted. The top two most trusted spots were taken by doctors and teachers. But the seventh most trusted profession was the ‘ordinary man/woman in the street’ – you, our readers, the general public. The people they call the Trots, the rabble, the dogs and the hard-left. You trust each other.

So I say ignore the political naysayers. Keep booing Sadiq Khan if you don’t like his decisions. Continue to write your blogs about how Corbyn has affected your everyday life. Join in social media campaigns, however much Guardian commentators dismiss them. Go to rallies, even when everyone around you is saying they don’t mean anything. And when this leadership contest is over, get out on the doorsteps. Share your blogs and news about Corbyn at work. Tell your friends and family about what can be achieved if you can win a general election.

You’ve got a heart as loud as lions, so why let your voice be tamed? Baby, we’re a little different. There’s no need to be ashamed. You’ve got the light to fight the shadows, so stop hiding it away…

You’re all just that normal man or woman in the street. But if a movement is built, and your message is taken from your mouths to other people’s, then something extraordinary could happen. Hundreds of thousands of people aren’t wrong. You just need to convince millions that you’re right. And then ‘they’ can read all about it.