The Labour coup tries to use Caroline Lucas to attack Corbyn, but she sets the record straight - The Canary 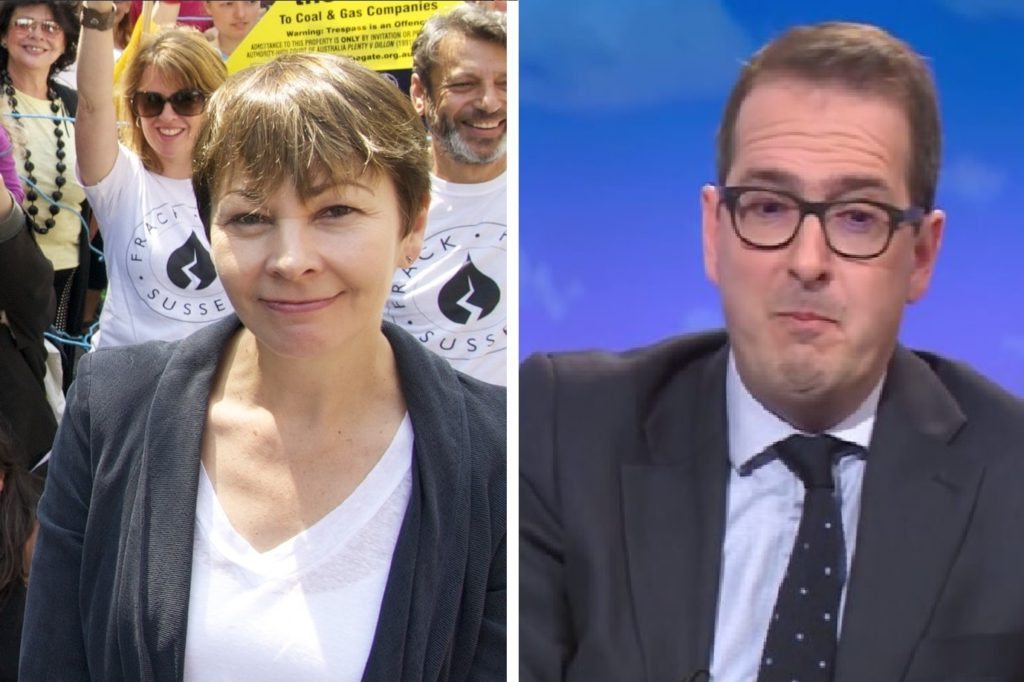 The Labour coup’s Heidi Alexander MP has tried to use Caroline Lucas to attack Jeremy Corbyn. Attempting to back up her claim that the incumbent is “unprofessional” and “shoddy”, the former Shadow Health Secretary argued the Labour leadership undermined her by supporting Lucas’ NHS Reinstatement Bill.

The private members’ bill would roll back the internal market in the NHS and return it to fully public provision. The Labour Party position was to abstain, but Corbyn and Shadow Chancellor John McDonnell backed the bill from the beginning to the end. Hence, Alexander and her aides argue that the Labour leadership undermined them by supporting the bill.

But the Green MP herself soon stepped up with a more pressing question, turning the anti-Corbyn bashing on its head in a letter to The Guardian:

Perhaps a more interesting question is why the rest of the Labour Party didn’t join their SNP, Plaid and Lib Dem colleagues in giving it their backing too. With a few honourable exceptions, they chose to abstain instead.

Considering that the Labour Party is supposed to be committed to a fully public NHS, Lucas argues that it is abstaining on bills like this which has undermined the movement.

Alexander is now co-chairing Owen Smith’s leadership campaign, which claims to support 100% public funding for the NHS as an “absolute red line”. But if so, why did both Smith and Alexander support abstaining on a bill that would return the NHS to public provision? Why not join their leader and the 75 other cross-party MPs who backed the bill?

The content of the bill was more important than party tribalism, argued Lucas:

My private member’s bill, drawn up after extensive consultation with health experts and health service users, would have reversed the creeping marketisation of the NHS – under both New Labour and the Conservatives – and stripped away the costly market mechanisms that waste NHS money and lead to inefficiencies and the fragmentation of services.

Overcoming party tribalism and finding practical ways of working together will be crucial to any hope of progressive policies finding a majority at the next election – whether that be on the NHS, tackling inequality, putting rail in public hands, or seriously addressing the climate crisis. Real leadership means being bold and honest enough to recognise that there’s far too much at stake to refuse to cooperate for the common good.

The Labour coup abstained on the NHS Reinstatement Bill, but now claims to support a fully public health service.

And this is not the first time the actions of anti-Corbyn MPs have been at odds with their words. In their campaign for the leadership, Smith and Alexander have taken a strong anti-austerity position. Yet all of the MPs who resigned in an attempt to topple Corbyn, including Smith and Alexander, abstained on the 2015 welfare bill. This allowed the Tories to make a further £12bn of ideological cuts to public services.

In her rebuttal, Lucas slammed Alexander’s criticism as “both desperate and depressing”. She points out that it is abstaining on such a crucial bill that shows poor leadership to the electorate. Labour should be a coherent opposition to NHS privatisation and austerity, not a party of abstention.

Whether the bill comes in a green or red envelope is irrelevant. Labour must trust voters to understand that it is the policy itself that it is important – not the packaging. Supporting Lucas’ bill would have shown that Labour values a public NHS over party tribalism. Abstaining suggested the opposite.