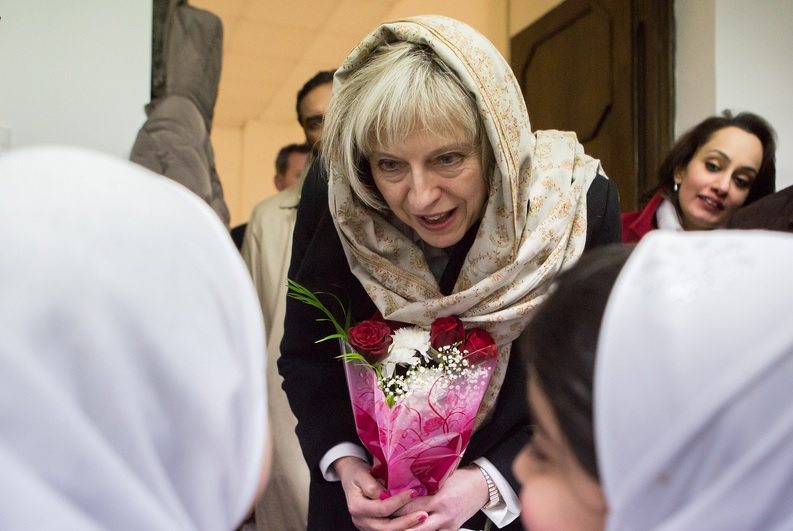 Theresa May’s plan to legitimise spying on everything the British people do just gained some serious traction. David Anderson QC, the man tasked with reviewing bulk surveillance proposals in the Investigatory Powers (IP) bill, has concluded that the measures are ‘necessary’.

His judgement gives a powerful boost to the controversial surveillance legislation currently winding its way through parliament. But it throws into serious doubt whether privacy will be a right citizens retain in the UK.

The IP bill, more commonly known as the ‘Snooper’s Charter’, aims to put spying practices on a statutory footing. It was initiated following Edward Snowden’s revelations in 2013 that showed the UK spy agency GCHQ was already engaged in mass surveillance.

It is designed to secure immense spying powers for the UK’s security services, and other public bodies. The proposals include allowing bulk interception of communications, bulk collection of communications data (or ‘metadata’ – which is essentially the data about data), and bulk equipment interference (aka hacking).

Anderson, the UK government’s independent reviewer of terrorism legislation, was assigned to lead the review in May. Following the three-month investigation, which human rights group Liberty described as a “clearly insufficient” timeframe, Anderson’s report claims:

Bulk personal datasets are collections of information that are recorded about our activities every day. As privacy advocate Sam Smith described at the 2016 Scrambling for Safety event:

They’re the databases that are everywhere in modern life. They’re recording the number plates that go past your window. They’re the record of what you’ve watched on Netflix, and the interaction data that says you were chilling at the time. They are the administrative trivia of where you were late to work, or the banking records of what you donated to church, and the implementation details of how you pay your taxes.

The UK government has recently been involved in a four-day court hearing over the legality of its use of these datasets, and other electronic communications.

Anderson’s assessment that there is a “proven operational case” for bulk powers is at odds with the conclusion drawn by others in the industry. In June, The Intercept released a secret report from one of the UK’s security services, which stated that MI5:

can currently collect (whether itself or through partners …) significantly more than it is able to exploit fully… This creates a real risk of ‘intelligence failure’ i.e. from the Service being unable to access potentially life-saving intelligence from data that it has already collected.

And UK spies are not alone in acknowledging this ‘analysis paralysis’. In an earlier article from The Intercept, an analyst at the US National Security Agency (NSA) described the problem thus:

It’s what happens in SIGNIT (signals intelligence) when we have access to endless possibilities, but we struggle to prioritize, narrow, and exploit the best ones.

As Anderson notes in the report, one fundamental aspect of the IP bill was not involved in his deliberations:

The Review was not asked to reach conclusions as to the proportionality or desirability of the bulk powers. As the terms of reference for the Review made clear, these are matters for Parliament.

The “proportionality” and “desirability” referenced here relates to the impact of these powers on the privacy of citizens. The report does recommend setting up an advisory panel that could advise security agencies on how to “reduce the privacy footprint of their activities”. But it is parliament’s job to debate whether the ‘privacy’ cost to citizens is worth the alleged security benefits that the spying practice would bring.

Liberty has deemed the report “fatally flawed”. It commented:

Human rights laws require that secret surveillance measures can only be justified where they can be shown to be ‘strictly necessary for the obtaining of vital intelligence in an individual operation’.

Today’s report fundamentally fails to demonstrate that this is the case.

The report provides no further information to justify the agencies’ vague and hypothetical claims and instead invites the public to ‘trust us’. Post-Chilcot, this won’t wash – hard evidence is required instead.

In stark contrast to Liberty’s assessment, the Prime Minister welcomed the findings. May, who produced the IP bill in her previous role as Home Secretary, claimed the conclusions proved that bulk powers are of “crucial importance” to security agencies.

The Prime Minister failed to mention that our privacy is of “crucial importance” too.

Surely, no ‘operational case’ has more value than our fundamental rights. After all, it’s these very rights that the security services are meant to be protecting us from losing.

– Join the campaign for targeted, not total surveillance, with Liberty.

– Take action against the IP bill with the Open Rights Group.

Featured image via the Home Office/Flickr