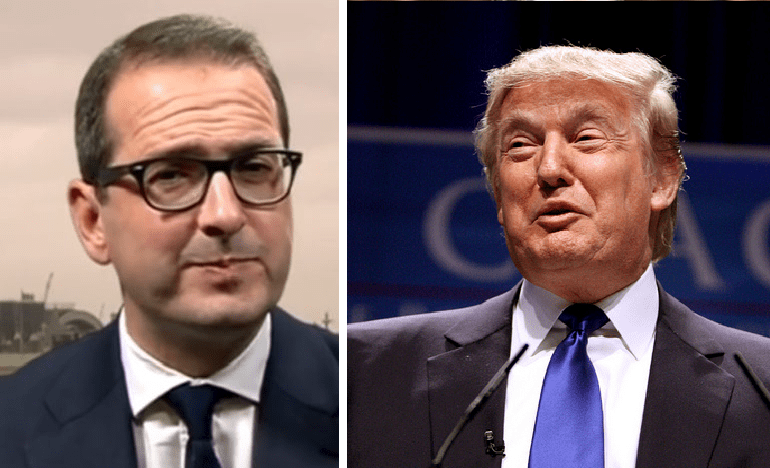 Labour leadership contender Owen Smith and presidential hopeful Donald Trump both share an awkward thing in common: they have the same excuse for allegations of discrimination.

On Monday, Smith denied accusations that he has a problem with women. The allegation follows a series of gaffes that appear to suggest the opposite, including telling Plaid Cymru leader Leanne Wood that she is only invited onto Newsnight because of her gender. The most recent was a tweet suggesting that Scottish First Minister Nicola Sturgeon should eat a gobstopper.

Smith’s excuse for his series of controversies is exactly the same as Trump’s. Asked if he has a problem with women, he said:

Adam Bienkov, of politics.co.uk, argues that this is precisely the argument Trump uses.

This is literally the Donald Trump defense. I can't be racist against Mexicans because they clean my offices. https://t.co/yny41rwsIC

I am friends with and employ thousands of people of Mexican and Hispanic descent.

Smith and Trump’s argument takes various forms. “I’m not sexist, I have a mother”, “I’m not racist, I have a black friend” and “I’m not homophobic, I have a gay friend” are three more examples. But however it’s packaged, it’s ridden with bullet holes.

For one, it suggests that ‘if you’re close to someone, you can do them no harm’. Domestic abuse would not lead to two women being murdered a week if that were true.

Secondly, prejudice towards a demographic is not incompatible with having a friend within that demographic. Prejudice is by nature a prejudgement against a group of people. You can shed that prejudice for an individual you now know, as prejudgement is overtaken by judgement, without shedding it for the rest of the demographic.

In turn, sexism is certainly not incompatible with employing women, as is suggested by Smith (and Trump, but for Hispanics). Under the present capitalist system of relations, employees are second class to bosses.

If the allegations against Smith are untrue, perhaps he should not offer a classic, botched excuse ridden with logical fallacies. Prejudice is a systemic issue that is deeper than relationships you may have with Hispanics, women or other recipients of discrimination.

– Check out our other articles on Labour.