An independent media outlet gets banned from Twitter, just for criticising The Daily Express [TWEETS] - Canary 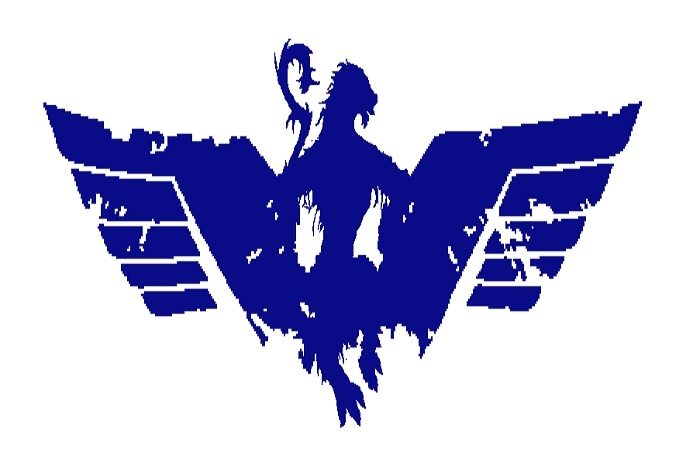 A prominent independent media outlet has been suspended from Twitter for criticising The Daily Express. Pro-independence Scottish outlet Wings Over Scotland was barred after a journalist from The Express bombarded Twitter’s legal representatives with complaints. But it came as the paper ran one of its most race-baiting headlines to date.

Express journalist Siobhan McFadyen complained that she had been subject to abuse, after self-styled “Reverend” Stuart Campbell labelled her a “disgrace”. McFadyen tweeted that “It was trauma for me cause I got death threats”, referencing the alleged abuse. The tweet in question from Campbell’s Wings Twitter account was this:

Campbell’s comments were in relation to an article McFadyen wrote in The Express on 10 September. She implied that independence supporters had been responsible for violence before and after 2014’s independence referendum. In it, she stated that:

At the height of the campaign there was violent outbreaks, death threats and ugly scenes all over Scotland as campaigns gathered on both sides of the debate. High profile figures and journalists were issued with death threats as an unprecedented police operation swung into action. Police Scotland was forced to set up a special task force to deal with widespread outbreaks of violence, threats and public disorder for months before and after the referendum.

ready to unleash yet more violence on the streets at a cost to the taxpayer.

But Campbell refutes these claims. In a column on the Wings website, he claims that:

We’re having trouble recalling a single actual documented death threat. There were claims that there had been some, but to the best of our recollection nobody ever produced evidence of any. But “widespread outbreaks of violence”? If only we had some sort of official police statement about this. Just one day before the [referendum] vote, the chairman of the Scottish Police Federation publicly and unequivocally rubbished the idea that the campaign had been a violent one.

Furthermore, Campbell claims that McFadyen hadn’t received any such “death threats” after his comment. This was based on a search of her Twitter handle.

Just what is considered abuse?

It came as The Express published on 12 September what can only be considered a ‘race-baiting‘ front-page headline. It was in relation to a report by a senior government adviser on integration, Dame Louise Casey. The preview of the report, as mentioned in The Telegraph, was more in relation to the impact of migration on community cohesion and the upholding of law. But The Express instead chose to summarise it like this: 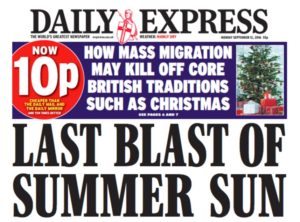 The Express is not renowned for its subtle headlines. But it has a long history of truly shocking and fear-mongering front pages, as this Twitter user pointed out:

I think that it's an utter disgrace that the Daily Express regularly stokes up hatred toward migrants. pic.twitter.com/LNp6H2q3Sp

So it would appear that, according to Twitter rules, any prominent user can now be suspended for the actions of their followers. And while the question of whether McFadyen is a “disgrace” or not remains to be seen, it’s surely worrying that Wings Over Scotland should be barred for simply voicing that opinion.

The decision maybe speaks more about the influence that papers like The Express have over social media companies. But it also speaks volumes that an independent media outlet can be sanctioned by Twitter so quickly while one of the most right-wing, hate-filled newspapers in the UK can print race-baiting filth day in, day out – and still get away with it.

– Complain to the Independent Press Standards Organisation about The Daily Express.