Never mind grammar schools, selection according to religious belief should be even more intolerable [OPINION] - The Canary 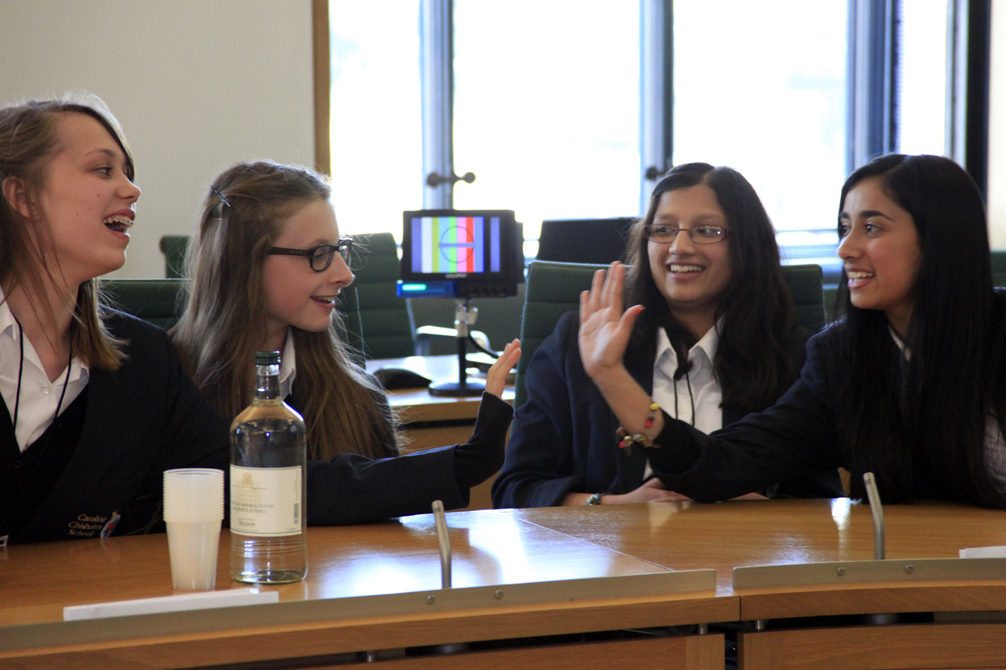 There has been a relative media storm recently concerning Theresa May’s support for ‘selection’, and what many argue is an archaic British institution: namely, grammar schools.

While the idea that children should be streamed or selected according to academic ability has been met with widespread opposition and condemnation, the simultaneous announcement that Theresa May is relaxing restrictions on faith school admissions has gone largely unnoticed. It seems strange that while selection according to talent or ability is demonised, selection according to religious belief is ignored and/or encouraged.

Yes, I am biased… and here’s why

I was brought up a Roman Catholic in my early years. At the age of seven, mum decided she wanted me to attend a private faith school in East London, which happened to be Church of England, so I was ‘confirmed’ an Anglican. I didn’t really understand the difference at the time; mum simply summarised it as ‘we no longer pray to the virgin Mary’, and ‘the priests can get married’. All I did know is we were somehow ‘jumping ship’ in order to satisfy the requirements of a new school, which was an early experience for me of the notion of hypocrisy.

Secular sixth form education was a turning point for me. I studied history, which led me away from a prohibitive world of rigidly enforced dogmas and fantastical supernatural theories towards notions of pragmatism, logic and science. A sense of realpolitik: an ability to take a step back and see geopolitics and propaganda at play. I developed keen scepticism, and began to focus on things that unite us as a species, rather than those that divide us. And I don’t regret it. In fact, I firmly believe that secular government (and education) is a fundamental requirement for any healthy and tolerant society.

Jump forward twenty years, and I face a similar situation with my own daughter. Her mother (who happens to be a teacher at a Church of England academy) is adamant that she should attend one of our local Christian faith schools. They’ve even started attending the attached church on Sundays in order to bolster their chances of selection. It doesn’t sit well with me, at all. We aren’t practising Christians, and her mother’s preference is not motivated by religious belief: only by academic standing and Ofsted reports. I resent the idea that our daughter should have to buy into any type of narrative simply to gain a school place and a good education. And whether or not you agree with the ethos of grammar schools, it seems to me that religious denomination is arguably a far less valid justification for ‘selection’ than academic ability.

Selection on religious grounds flies in the face of both an inclusive society and one of achievement and entrepreneurship. In other words, it should make sense for neither the left nor the right. It just draws more lines of distinction and creates a greater sense of division. Just what we need in post-Brexit Britain.

Religion doesn’t have a monopoly on decency

The principles of world religions aren’t intrinsically more humane than secularist principles. On the contrary, history suggests otherwise. There are any number of useful ‘humane’ and secular skills I would rather have learned at school instead of attending chapel services, listening to sermons, and singing hymns and/or nationalistic songs saving the queen. Like how to cook, for example. Or how to sew, do basic first aid, change a tyre, plumb a toilet, or nurture a garden. Even physical education and team sports (which I personally loathed) are undoubtedly more valuable and conducive to a harmonious community than religious seclusion.

Music, the arts, philosophy, poetry, debate: all are ‘secular’ subjects that can positively affect the way we can relate to one another and our shared human experience. They’re just not viewed as viable commodities from which to accumulate cold hard cash. That is why Tory governments shun them, and why they’re dying out in state education. Not because secularism is somehow unable to instil worthwhile human values.

According to the freethinker classic, Secularism, The True Philosophy of Life by George William Foote:

Secularism is often accused of being atheistic. It is, however, neither atheistic nor theistic. It ignores the problem of God’s existence and confines itself to the practical world of experience, without commending or forbidding speculation on matters that transcend it.

I am a liberal person, and indeed I do believe that people should be free to make their own choices and believe what they want about the ‘world beyond’. But I don’t accept that their personal beliefs should be the cornerstone of education for any child. Why can’t we approach the world and the education of our young people on the basis of what’s unequivocally real and tangible? Religious seclusion and absolutism are, in my experience, very insular environments. How can that be a good thing, amid an increasingly diverse society of people, all living on top of one another? It creates walls where there should be none. Like it or not, when you affiliate a school or institution with one specific religion, you cannot help but claim its superiority, challenging the validity or worthiness of another. The nature of the beast, unfortunately.

Preparing children for the capitalist world

Many people, including my partner, argue that faith schools tend to adopt a more caring and humane atmosphere than ‘business-like’ academies and secular schools. But if that is the case, it is perhaps the fault of the soulless, shallow and capitalist society we’ve allowed to take root. Achievement orientated schools are questionably just trying to focus on requisite preparation and instruction to survive it.

Some, such as Rosie Millard writing for The Independent, suggest that grammar schools might combat the financial elitism of secondary school education. But rounding up all the supposedly ‘gifted’ children and sending them off to wonderfully privileged schools, while the rest have to make do in a mire of adversity and ill-funded opportunity is not the answer. A non-grammar state school education should not be a ‘prison sentence’.

What the UK needs is a radical overhaul of the education system, catering to the needs of every child. An indiscriminate system that aides all young people to find purpose; to positively advance their own development and that of the communities in which they reside. A wider range of talents need to be acknowledged and rewarded, both within education circles, and in society as a whole. After all, thriving communities require more life skills than those of academics and boardroom tycoons.