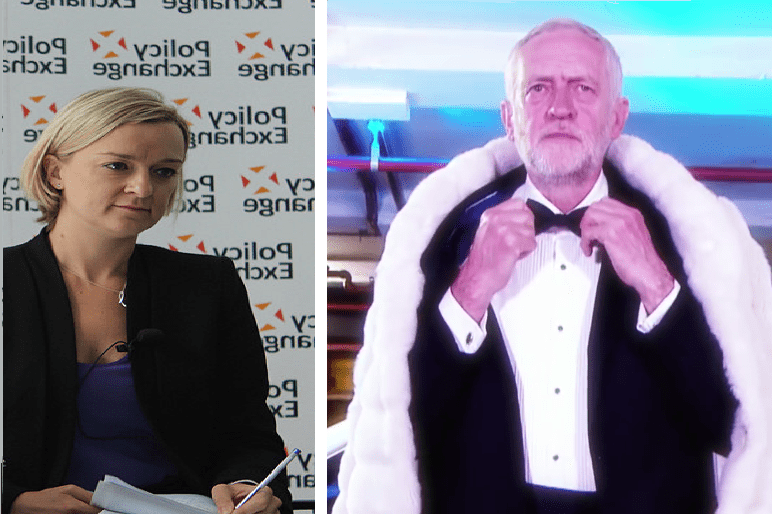 It appears the mainstream media has pushed its smear campaign too far, as Jeremy Corbyn’s Labour scores a hat-trick of council by-election victories in one evening.

The Labour Party gained local control of two councils from the Conservatives and one from the SNP. The gains come as a media watchdog threatens to sue the BBC over “clear and consistent bias” against the progressive politics Corbyn represents.

Green and UKIP voters showed a clear preference for Labour over the Conservatives in Arley & Whitacre (North Warwickshire):

The other Labour victory over the Conservatives was in Christchurch (Allerdale):

A comfortable win for Labour, but it was not the only party that made gains on 22 September. As well as in Christchurch, the Conservatives bled votes to the Liberal Democrats in a number of by-elections. Aaron Bastani, co-founder of Novara Media, noted the impact these Lib Dem gains would have if mapped onto a general election:

Over in Scotland, Corbyn’s Labour won North & Glenboig (North Lanarkshire) from the SNP. Moving away from local councils, this gain comes after Labour lost 40 of its 41 Scottish constituencies to the SNP in the 2015 general election. Vice UK summed up this loss in the following way:

Labour’s popularity has plummeted after joining forces with the Conservatives – a toxic brand in Scotland – to campaign against independence. This earned them the moniker “Red Tories”.

There were seven councils contested on 22 September. Corbyn’s Labour began the day with one and ended with four, as the Conservatives bled votes on all fronts.

The victories seem to suggest the media has kicked its smear campaign up one gear too many ahead of the Labour leadership election results. After finding that the BBC’s prime-time news bulletins gave double the airtime to Corbyn’s critics than to his supporters during the coup against him in June, the Media Reform Coalition (MRC) has expressed shock at the “wholly inadequate” response to the investigation. Justin Schlosberg, the MRC’s chair and director of postgraduate journalism at Birkbeck, University of London, said:

We are looking at taking it to Ofcom and potentially even the courts. The BBC has to be held to account.

As well as the BBC, Channel Four recently produced a documentary widely derided for displaying bias against the movement coalescing under the Labour leader. In another sign that the media smear campaign has backfired, the council by-election hat-trick comes straight after the release of The Battle for the Labour Party, which even Corbyn’s opponents described as a “weak” hatchet job on the incumbent.

#Dispatches was weak. It will only reinforce the view that the establishment wants to trash Corbyn. Suspect it'ill have the opposite effect

Momentum, the pro-Corbyn campaign group which was the subject of the documentary, condemned it as:

selectively presenting information in a way that aims to influence the result of a Labour leadership election.

The campaign group of Corbyn supporters has been vilified in the mainstream media for alleged discriminatory behaviour, but not one incident was uncovered in the six-month undercover investigation from Channel Four:

If there’d been 1 incident of anti-semitism, misogyny or threats in 6 months of C4 undercover rushes, they would have shown it. Surely?

The BBC’s Question Time has also come under heavy fire for facilitating unbridled rants against the Labour leader and Shadow Chancellor John McDonnell. As Matt Turner of Evolve Politics tweeted:

Not once did #BBCQT tear #Cameron to pieces for the way he has ripped the heart out of the #UK#Corbyn slammed for backing humanity?

But it appears that the media has pushed its vilification of the Labour leader too far, as the party has made solid gains from the Conservatives and the SNP in three council by-elections. The hat-trick comes right before the result of the leadership election, which will be released on Saturday 24 September.

Here’s Corbyn entering the House of Commons this morning:

– You can read and support new media outlets who will represent these ideas fairly. Please add more that you like in the comments.