While the media whines on about Labour, the Conservative government descends into chaos - The Canary 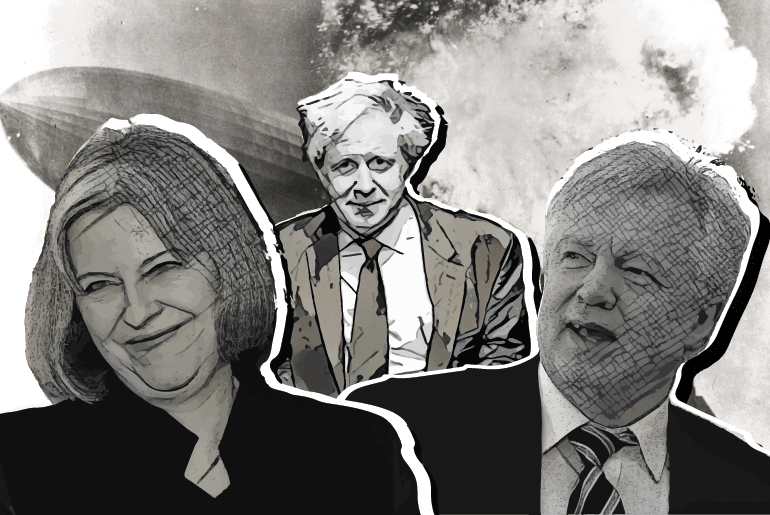 While the media’s gaze is firmly fixed on the end of the Labour leadership contest, Theresa May’s Conservative government appears to be falling apart at the seams. With a resignation, Boris Johnson putting his foot in it, and a Brexit bombshell dropped, the Prime Minister was not having a ‘feelgood Friday’.

Johnson went somewhat ‘off message’ on Friday 23 September, after speaking to reporters in New York about Brexit. When asked about the negotiations, he said that:

But his words at the UN General Assembly obviously didn’t go down well at Number 10.

May’s office was quick to issue a statement. And it appeared to put Johnson ‘back in his place’:

The Government’s position is clear. The Prime Minister has said she will not trigger Article 50 before the end of the year. Ultimately it’s her decision… She will do it when she considers she can secure the best deal for Britain.

While short, the language was actually very telling. The fact that her spokesperson so specifically said the decision over Brexit “is hers” speaks volumes about the way she is seemingly running her cabinet. She demonstrated this previously, when Brexit Minister David Davis suggested it was “very improbable” that the UK would leave the single market. May’s office swiftly clipped him behind his ear, saying Davis was “setting out his views”, not the government’s. “With a view that this is a negotiation, it’s not always the right approach to start putting all your cards on the table at the start”, her spokesperson said. That told him.

Also on Friday, May suffered her first resignation from the cabinet, in the form of Lord O’Neill. The Treasury Minister, brought in by David Cameron and George Osborne, quit as a Tory peer as well, becoming a crossbench member of the House of Lords. He said, with a distinct hint of scathing, in his resignation letter to the Prime Minister:

I primarily joined [the government to] deliver the Northern Powerhouse, and to help boost our economic ties with… China and India… The case for both to be at the heart of British economic policy is even stronger following the referendum, and I am pleased that, despite speculation to the contrary, both appear to be commanding your personal attention.

It’s the fact that China and the Northern Powerhouse only “appear” to be commanding May’s attention that’s the problem for O’Neill. After the PM delayed the decision over the controversial Hinkley Point nuclear power station in July, O’Neill was reportedly thinking of quitting. “He’s considering why he has been asked to stay,” said a “friend” to the Financial Times, after O’Neill was not informed by May about the stalling of the £18bn nuclear deal. As with Brexit, it appears the PM likes to do things her way. And her way only.

That bombshell’s told May, then

But May was not the only one asserting her authority on Friday. Martin Schulz, President of the European Parliament, delivered a bombshell to the Tory government in a speech to the London School of Economics. Speaking of a possible EU army, and Defence Secretary Michael Fallon’s comment that “this is not going to happen”, Schulz said:

although the EU loses a key member state, paradoxically such a separation could give the necessary impulse for a closer integration of the remaining member states… [I am] not sure how seriously to understand the threats of UK vetoes… they are counterproductive and anyway not possible in this case.

He also made it clear that the EU would not do a deal with the UK over free trade without the free movement of people, saying:

I refuse to imagine a Europe where lorries and hedge funds are free to cross borders but citizens cannot.

Schulz is one of the most influential figures in Europe, so his strong words will not sit easily with the PM.

May is only ten weeks into her term as Prime Minister, but it has been plagued by chaos with Brexit, divisions in her own cabinet and problem after problem – from grammar schools to the NHS. And after today’s less-than-positive headlines, she’s probably glad it’s the weekend.

– Read The Canary‘s other articles on Theresa May.

– Support The Canary so we can keep bring you the news that matters.