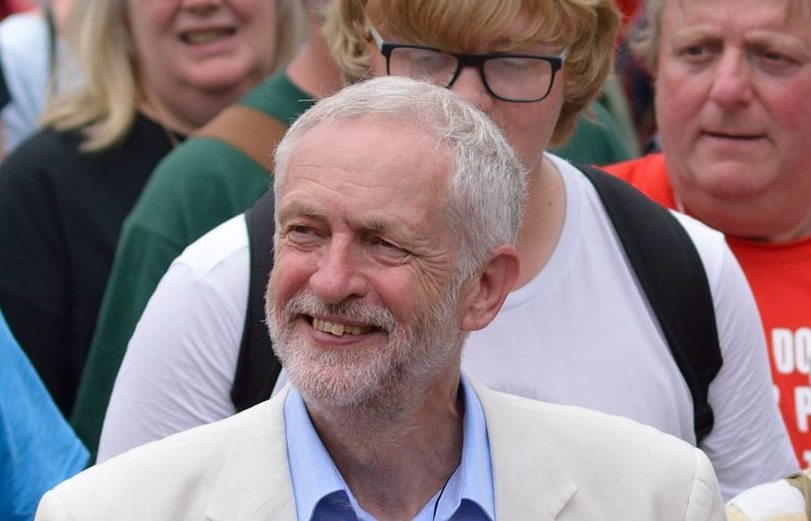 In the final moments of Jeremy Corbyn’s leadership election campaign he was confronted with a very uplifting message. A choir serenaded him on the street with a revised rendition of Ain’t No Mountain High Enough to show their support for the incumbent in the contest.

Jeremy Corbyn serenaded at the end of his campaign by the 'Some Voices Sing' choir. 🍻🎤

The Some Voices Sing choir had slightly revised the original lyrics of the famous song to make it relevant to the current Labour leadership election:

Corbyn joined in with the choir, before bursting into laughter when the amendments to the song were belted out. After the choir had finished the song, he said: “Ah brilliant, thank you.”

After the song, one of the choir members explained why the group had wanted to serenade the current Labour leader:

Jeremy speaks from the heart. And I’m so excited that we just met him, and we just sang to him, so that was really cool.

The encounter ended Corbyn’s campaign on a positive note, but the Labour leader will surely be hoping that sentiment has translated into actual votes in the contest.

The results of the election will be announced during the Labour Party Conference on 24 September. Many commentators, and the polls they base their predictions on, suggest Corbyn will easily win the battle against the challenger, Owen Smith.

But with a mammoth purge of over a hundred thousand possible Corbyn supporters from the voting booth, it is certainly not a foregone conclusion.

Whatever shock or surprise might be heading Corbyn’s way when the result is announced, though, this unexpected encounter with Some Voices Sing should at least ensure he walks into the conference with a spring in his step.