David Cameron has found a new job, and it absolutely beggars belief - Canary 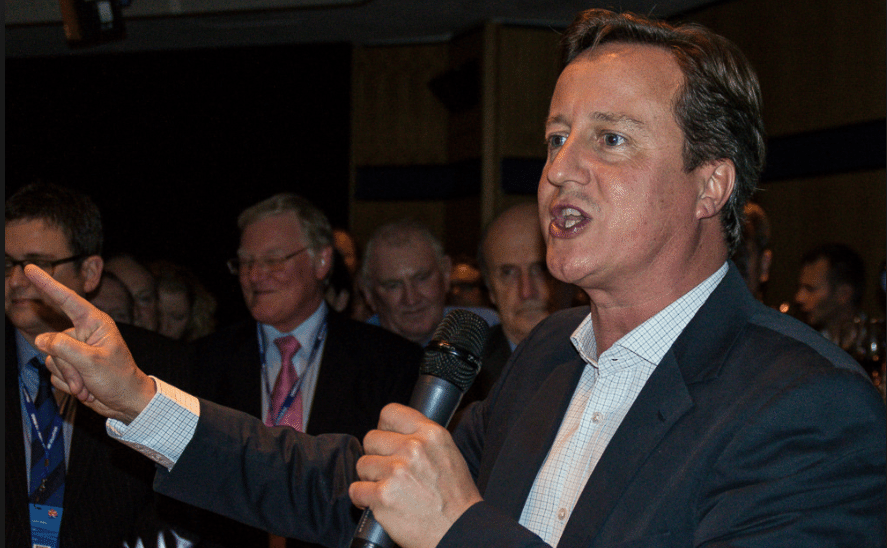 Months after plunging the nation into a bitter Brexit from the European Union, and then quitting to leave others to pick up the pieces, Mr Cameron is off to pastures new. His new venture? Shaping the futures of Britain’s youth. In what he claims is “the Big Society in action”, David Cameron will be working to expand The National Citizenship Service which his government launched in 2010, but which never really caught on.

The scheme itself is an idea many people could get behind. Funded by central government, it was intended to run like a non-military national service for 16- and 17-year-olds. During half term leave from school or college, participants would take part in a residential course, and then deliver a project in their own community. But things didn’t quite go as planned.

While almost all the young people who participated in the programme were happy to recommend it and reported a positive experience, the scheme failed to attract investment support and each place cost as much as 29% of an entire secondary education.

In short, very few young people participated, and the cost per participant is prohibitively high. Nevertheless, in his last budget, George Osborne promised a further expansion of the programme. This expansion will now be delivered by David Cameron.

The failure of the scheme becomes all the more infuriating when it is set in context. The ideological austerity policies of David Cameron’s government had a truly devastating effect on young people, seriously limiting the life chances of many. In his six years as Prime Minister, David Cameron:

The means-tested benefit provided the country’s poorest students with £30 a week to pay for books, travel and other essentials. In one of its earlier decisions, the Cameron government scrapped the scheme in England, while devolved parliaments in Wales and Scotland retained it. The result was the more than half of English colleges saw a sharp fall in applications, predominantly from students from poorer backgrounds.

Slashed the budgets of youth services

By 2011, Cameron’s government had decimated youth services nationally. Severe cuts to local authority budgets meant virtually every youth club closed. The government also cut the popular and effective Connexions scheme – which worked with young people to find them places in education, training and employment, replacing it with an under-resourced and inadequate National Careers Service. By 2013, it was clear the decision had been a disaster. The cross-party Commons education select committee slammed what it described as a “worrying deterioration” in the overall standard of careers advice.

I started as a careers adviser in 1978, so I’ve seen a bit. I’ve never seen anything like the smashing up of a service than what’s been happening over the last 12 or 18 months.

what we really need is a wholesale shift in emphasis to give mental health parity with physical health in the NHS.

Yet his government went on to cut budgets and provision for mental health support dramatically, particularly for young people. Counselling services previously provided by local authorities, colleges and universities were all withdrawn, leaving young people with no professional support to deal with anxiety and depression.

children and young people have to be a lot more ill before they can get treatment from child and adolescent mental health services (CAMHS), putting pressure on waiting times.

They get frustrated when GPs refer them to services and it’s months before they can be seen – in this time they get worse.

This continued right into David Cameron’s final year in government. As Sorana Vieru points out in the Times Higher Education:

In the past year, the government has abolished student maintenance grants and NHS bursaries for student nurses, cut the Disabled Students’ Allowance, changed loan repayment terms so that graduates start paying back more, sooner, and is about to lift the cap on tuition fees in England.

Throughout his time in government, David Cameron persisted in taking money from the services that provided a foundation for the futures of young people in Britain, in order to provide tax cuts and subsidies to already-wealthy individuals and corporations. Set against this backdrop, his underfunded and under-resourced National Citizenship Service can be seen for what it is: the proverbial lipstick on a pig. High on PR, low on impact.

It is ironic that the former Prime Minister considers it his greatest legacy, because given it was a feel-good publicity stunt masking a swathe of painful cuts and detrimental policies – it really does epitomise the Cameron era of government.