Lily Allen weighs in on the migration debate, but she didn't expect this response [VIDEO, TWEETS] 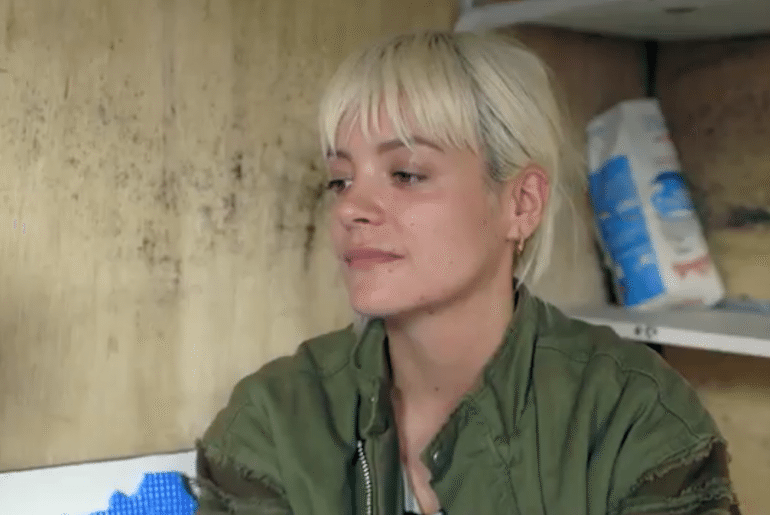 Lily Allen has faced a quick fire round of abuse on Twitter after she was shown apologising on national TV, on behalf of the UK, for the plight of migrant children in the Calais camp.

Allen, a guest on the BBC’s Victoria Derbyshire Show on 12 October, was featured in video footage of her trip to the Calais Jungle.

"I apologise on behalf of my country" @LilyAllen meets the children of Calais 'jungle' as they prepare for its demolition. #VictoriaLIVE pic.twitter.com/jZiUff2qbm

She asks one boy why he left Afghanistan. He explains that his life was at risk from both from the Taliban and Daesh (IS or ISIS), and describes how he managed to reach the Calais ‘Jungle’ after his father sold his land to send him there.

He goes on to say that despite having a legal right to remain in the UK, as suggested by Allen, he tries to stow away on lorries because it is quicker and “better”. This claim is backed up by Home Office statistics that show waiting times for children’s asylum claims from the camps have gone beyond the three-month time limit for each application.

It seems that at three different intervals in this young boy’s life, the English in particular have put you in danger. Bombed your country, put you in the hands of the Taliban and now putting your life at risk, risking your life to get into our country.

I apologise on behalf of my country. I’m sorry for what we’ve put you through.

However, not everyone was pleased that she had spoken on behalf of her country. Allen started trending on Twitter but the empathy was far from overwhelming. Instead, a spate of condemnation, uninformed accusations and ‘hate speech’ emerged. It served to attack migrant children as well as Allen herself.

Apparently Lily Allen has been appointed a spokesperson for the people of Britain. I don't recall being consulted about this.

1400 british girls raped in my area by once immigrants. they were also children once upon a time . no thank you

Lily Allen is one of several popular personalities taking the time to visit and speak out about the situation in Calais. While others mock, some are appreciative of this fact.

Thank u @lilyallen for actually seeing the situation in Calais for urself & meeting the kids. We need to keep asking #WhereAreTheDubsKids?

Migrants in the Calais camp do not want to stay and claim asylum in France for several reasons. If they do so, they won’t be allowed to claim asylum elsewhere, including Britain, and the process is known to be tough in France. There is a mistrust of the French authorities, which have repeatedly intimidated migrants in the camp. English is more commonly spoken amongst most of those looking to come to the UK. And often there are family links in the UK – not just a mother or father but brothers, sisters, aunts and uncles – that provide vital support networks.

Allen’s words should ring painfully clear. Many of the dangers migrants find themselves in are the result of British policies, interventions, and asylum processes. Policies affect people directly, and it is not nonsense for the UK to bear some of that responsibility. Unfortunately, the response to Allen’s statements shows there is a lot of damage that needs to be undone from some of those policies, including the creation of a climate of fear.

– Support organisations on the ground like Help Refugees that are working to support undocumented migrants.

– Read more articles on migration on The Canary.