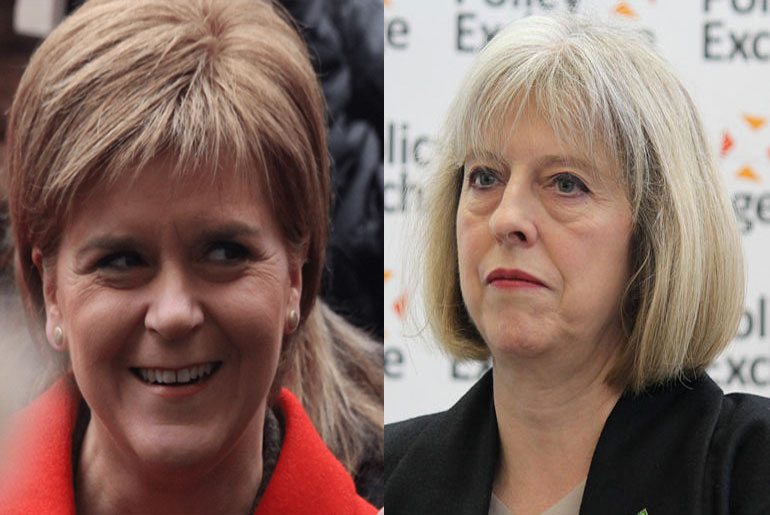 Scotland’s First Minister Nicola Sturgeon had a few choice words to say after meeting with Prime Minister Theresa May to discuss Brexit.

Sturgeon was at Downing Street for the joint ministerial council meeting with Northern Ireland’s First Minister Arlene Foster (and her deputy Martin McGuinness) and Welsh First Minister Carwyn Jones. Following the meeting, Sturgeon left reporters under no illusions about how she felt. She said:

I don’t mind admitting that parts of the meeting were deeply frustrating. I don’t know anymore now about the UK government’s approach to the EU negotiations than I did before I went in.

Her thoughts echo those of huge swathes of Britain right now.

Sturgeon is adamant that, because 62% of Scotland voted to remain in the EU referendum earlier this year, “I wouldn’t be doing my job if I wasn’t out there talking to people and doing my best to protect Scotland’s interests”.

To suggestions that in doing so she was ‘undermining’ Brexit negotiations, Sturgeon responded cuttingly:

I can’t undermine something that doesn’t exist, and at the moment it doesn’t seem to me like there is a UK negotiating strategy, which is one of the sources of great frustration.

And in an interview with Channel 4, Sturgeon didn’t mince her words:

"I'm not going to pretend that we made more progress than we did" – @NicolaSturgeon on Brexit talks with @Theresa_May. pic.twitter.com/04TT3Uw1z6

In an op-ed for The Financial Times on 23 October, Sturgeon floated the idea of a “flexible” Brexit strategy [paywall]. An alternative to the ‘hard’ and ‘soft’ negotiation options currently being discussed, “flexible” Brexit would allow some parts of the UK and some sectors of the economy to continue single market membership and close association with EU trading partners even if other parts leave.

if [the government] is prepared to countenance such arrangements for different sectors, there is no reason for it not to consider a flexible Brexit for different nations and regions, too, particularly for those parts of the UK that voted decisively to remain in Europe.

In this vein, she is proposing that Scotland be permitted to remain in the single market even if the rest of the UK leaves. Following her discussions with May, Sturgeon feels that the Prime Minister is “prepared to listen to options”.

But Jones, himself speaking after the meeting, expressed doubt. He told Sky News that different Brexit options for different regions would be “difficult, if I’m honest”.

One thing’s for sure, though: Sturgeon isn’t letting Brexit negotiations go forward without putting up a fight.

– Read the rest of The Canary‘s Brexit coverage here.

Featured image via John Ranson for The Canary/Flickr