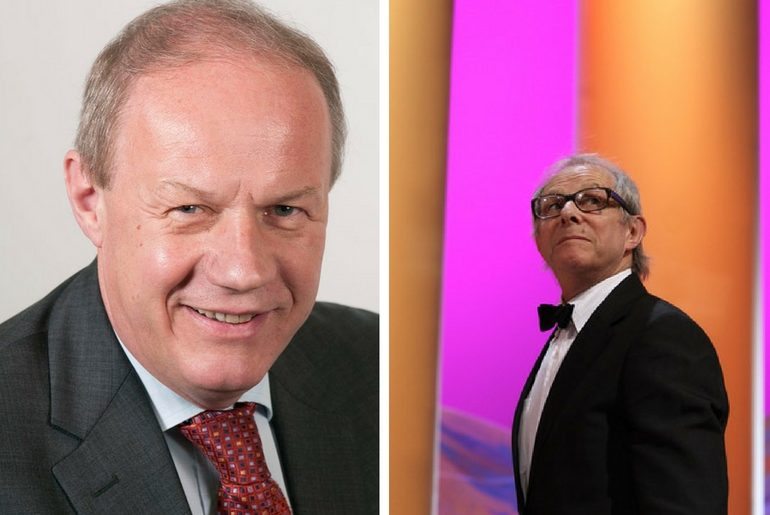 In a speech to the House of Commons, Green said:

I haven’t seen the film yet, I’ve seen quite a lot of trailers from it.

It is, I would point out, a work of fiction. It is not a documentary. It bears no relationship to the modern benefits system.

And in particular, as I understand it, it is monstrously unfair to job centre staff who are hugely conscientious people doing a job, sometimes in difficult conditions, and doing it very well indeed.

Green’s statement came while he discussed government proposals to get more disabled people into work.

Well he HAS seen TRAILERS after all…. https://t.co/DI0PxrLpWL

Criticising films before you’ve even seen them is rarely a good look.

Truth is stranger than fiction

It is not the first time a government minister has raised this point. Business Secretary Greg Clark brought it up with Loach himself on Question Time on 27 October. He stated that “people seeing it should not think these are the ways people are behaving in job centres”.

The DWP [Department for Work and Pensions] staff are under incredible pressure and we know there are targets and expectations, and if people don’t sanction the number of people they’re meant to sanction, they go on a Personal Improvement Plan. And we talked to hundreds of people who work for the DWP, under your guidance and instructions, and they are told to sanction people. If they don’t sanction them, then they are in trouble.

Elsewhere, DWP staff themselves have described the kinds of expectations placed upon them. One call-handler wrote for The Guardian:

We are measured on our average handling time (known as AHT) and if this slips beyond 23 minutes per call we face performance management, which is code for “you’ll get in trouble”. This involves anything from stern words and increased micro-management from your line manager right up to written warnings and dismissal.

And former Jobcentre adviser Angela Neville wrote in 2015 that:

From my own experience, staff are subjected to constant and aggressive pressure to meet and exceed targets… Advisers were actively encouraged to impose sanctions (along the lines of “sanction of the month”) to contribute to the points system that ranks jobcentre offices. It was often for stupid reasons.

Perhaps then, it isn’t Loach’s film that is “monstrously unfair” to Jobcentre staff, but the pressures and expectations that are placed on them by the rules established by Green and his department. Either way, among those who have seen the film – and have been through the welfare system – the fact that the film is fiction doesn’t seem to stop it representing their experiences.

As writer and activist Jack Monroe, who has experienced life on the poverty line, said:

still the deniers will shake their heads, sceptical. It’s just a story, they say. Just a film. It’s not real. It fucking is real. I carry the scars deep in my heart, from my own stories, and for lost friends, five years on. I’m not sure if I will ever truly recover.

In an op-ed for The Guardian, Monroe tells the real-life story of Linda Wootton, who was assessed fit for work and had letters from the DWP delivered to her hospital bed. Monroe received a phone call as a trainee journalist in 2013 saying a man known from a food bank had hanged himself after his benefits were sanctioned for a second time after he attended a hospital appointment.

Loach himself, on Question Time, described a similar story of a man he had spoken to while researching the film, who had been sanctioned for missing a Jobcentre appointment while taking his pregnant wife to hospital. And a man who was too scared to go to hospital after falling and hurting his leg, in case they kept him in overnight and he missed his Jobcentre appointment the next day.

The Canary, too, has spoken to those who have struggled with the system. John (not his real name) described how, after claiming ESA, his bipolar disorder makes it impossible for him to work:

I have been expected to supply evidence each month that I do indeed still have the illness, as if it were some kind of cough that can be cured with Covonia by the weekend.

One woman, Nicola (not her real name), told us how she had been denied a Personal Independence Payment (PIP) despite having very limited mobility in her left leg following a heart attack. However, she said:

Nicola said there was “no compassion shown”, and it is this lack of compassion that seems to link through so many of the stories people tell about the DWP. Indeed, from the words of the staff themselves, it appears it just isn’t part of the job.

Green would do well to listen to the experiences of those who access his services, and those who provide them too. At the very least, he should probably watch I, Daniel Blake before talking about it in parliament.