While May schmoozes with Trump in the US, her government sneaks through devastating cuts back home - Canary 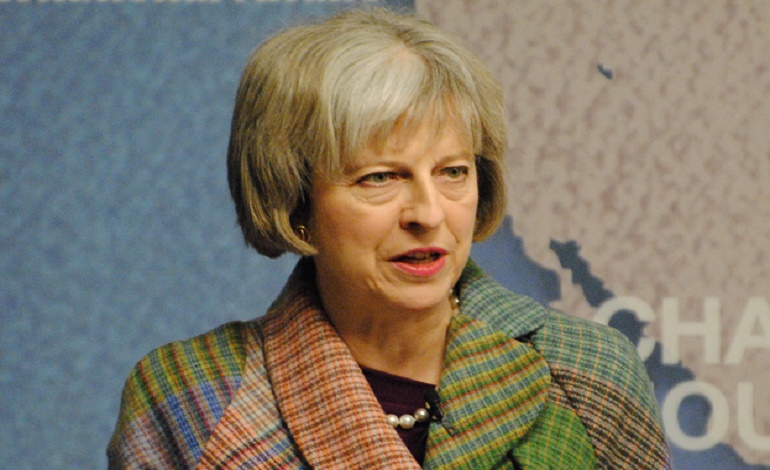 While Theresa May schmoozes with new US President Donald Trump, her government is rolling out a controversial scheme across the UK. Piloted in Scotland last year, it entails cutting vital services in some of the most deprived areas of the country.

As The Canary reported in December 2016, Glasgow was used as a ‘guinea pig’ to trial the closing of eight Jobcentre Plus (JCP) offices. But the plans sparked outrage from politicians and campaign groups because the JCPs were in some of the most deprived areas of the city. The Department for Work and Pensions (DWP) leases the buildings from a private company, Telereal Trillium. But its contract with the company expires in March 2018.

The Daily Record said that the planned closures appear to contradict DWP guidelines, which state that JCP closures should not take place unless alternative premises are less than three miles away, or no more than 20 minutes on public transport.

According to the paper:

whistleblowers who contacted The Record believe Glasgow is being used as a template by the government amid secret plans to roll out similar closures UK-wide.

And it appears the whistleblowers were correct.

On Thursday 26 January, the DWP said it was closing 128 JCPs across the country. These centres will either merge with larger JCP branches or council buildings, into what the government calls “joined-up services”. This is on top of the 66 closures or mergers the DWP has already announced [pdf].

The Public and Commercial Services (PCS) union warned that this would mean “thousands” of job losses, and the closure of one in 10 JCPs in England, Wales and Scotland. But a DWP source denied this, saying that around 750 jobs would be lost.

The way the world works has changed rapidly in the last 20 years and the welfare state needs to keep pace. As more people access their benefits through the internet, many of our buildings are under-used. We are concentrating our resources on what we know best helps people into work. The changes we’ve announced today will help ensure that the way we deliver our services reflect the reality of today’s welfare system.

Many of the JCPs facing the axe are in some of the most deprived areas of the UK. One such office is in South Shields, South Tyneside. Between 2010 and 2015, South Tyneside saw the steepest rise in deprivation in the England. The area had a deprivation index rating of 28%, up 10% in five years, making it the 23rd most deprived area of England. But the detail of the figures shows a worrying problem in relation to the closure of the South Shields JCP.

The breakdown of deprivation rankings out of 326 local authorities were as follows:

South Tyneside is the seventh worst local authority for employment deprivation in England. This means it has one of the highest levels of welfare recipients in the UK. Around a third of South Tyneside’s working age population receive some kind of benefit payments, compared to a fifth in England. On average. 6.7% of these people receive Jobseeker’s Allowance (JSA) compared to 3.3% in England.

And with South Tyneside Council making £55m of cuts to local services by 2020, the levels of deprivation in the area may get worse. William Jarrett from Newcastle Socialist Party told The Canary:

2015-2016 saw the haemorrhaging of jobs across South Tyneside and South Shields in particular; the Labour council announcing redundancies, and Utility Wise vacating an entire building on the quayside. The Socialist Party believe those left jobless are punished thrice. First by austerity and an irretrievably broken economy. Secondly by a government with no plan to return them to meaningful employment. And thirdly by being degraded along with threatened JCP staff, by having to jump through hoops for a paltry sum that won’t sustain them or their families. We demand a socialist alternative, with a vision of full employment and a £10 an hour, true living wage for all who work. The closure of South Shields’ JCP is just another attack on our community.

The question that needs asking is whether the government’s and local authorities’ continued drive for savings is being done to ‘balance the books’, or to attack the poor. With JCPs closing in some of the most poverty-stricken areas of the UK, leaving already vulnerable people facing increased isolation, the answer to the question may well be the latter.

– Support the North East Needs a Payrise day of action.