A video has gone insanely viral, and it sums up President Trump's first day perfectly - Canary 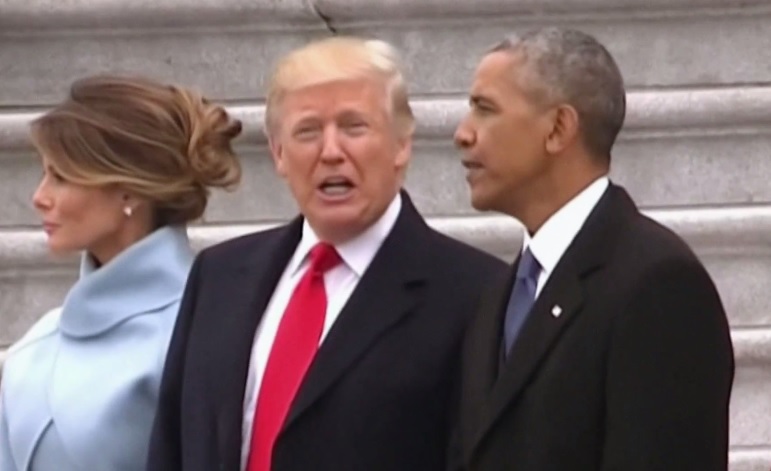 There has been much dispute over Donald Trump’s inauguration proceedings. His team asserts that his ceremony drew the largest audience ever, and has demanded the Park Service hand over photos to prove it. But most of the media, based on pictures and metrics already available, claim the crowd was smaller than Trump’s team suggested.

A video from Bad Lip Reading, however, has now overshadowed the furore over attendance figures. The video has received over 16 million views. It draws people’s attention away from the crowds and towards what was said at the inauguration. Or, more specifically, what the group has gleaned from reading these conversing politicians’ lips. The result is absolutely hilarious.

Atlantis all the way

The video features an exchange between Trump and Barack Obama, with the latter commenting that Trump ‘sucks’. The President retorts that Obama is a “funny weiner”. It also includes Trump crying for “help”, before raising his “shrunken hand” and pledging an extraordinary ‘oath’:

I gotta get a grip, you saw me squat. You think I won’t fling three eggs at you?

I personally have puked at a cage fight, then I chewed an awful lot of cheese.

But the President was somewhat outdone by the pledges of his Vice President Mike Pence:

I make grease pellets in my sweat. I was disappointed they didn’t find the continent of Atlantis yet.

The new kid smells like falafel and wants to shave my moustache.

Some US citizens may, too, be disappointed that Atlantis hasn’t been found yet. Because it could have provided a further escape destination for those wishing to leave Trump’s new America. But at least Bad Lip Reading has given them, and all people, a chucklesome way to release any tension they feel.

And with Trump’s presidency due to last four years, there could be a lot more videos like this to come.