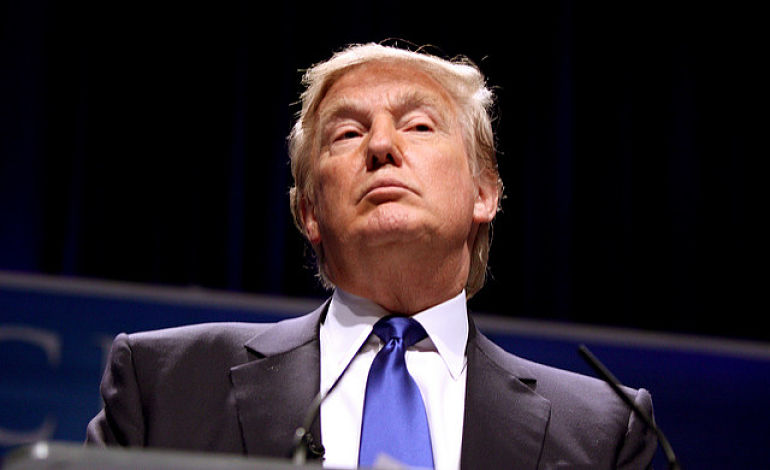 US President Donald Trump has had a busy week overturning eight years of Obama rule. Not to be lost among them is a presidential memorandum concerning the ‘global gag rule’ on 23 January, which opposes women’s access to health and family planning services related to abortion. Now, a leading Nobel Peace Prize-winning humanitarian agency has condemned the directive, which will see lifesaving assistance snatched away from potentially millions of women and girls around the world.

The global gag rule refers to an order previously issued by President Reagan, which shuts off US federal funds for foreign NGOs which perform or promote abortions. Since then, every Democratic administration has rescinded the rule, only for it to be reinstated at the start of every Republican administration.

The lack of policy continuity is arguably an inherent part of democracy. But the serious consequences fall on women and girls in developing countries that have been receiving the help of NGOs funded by US money. Revoking the funding will impact the lives of potentially millions of women and girls.

Women and girls at risk

Organisations like Médecins Sans Frontières (MSF) often treat abortion-related complications or terminate pregnancies as part of their obstetric care. MSF, also known as ‘Doctors Without Borders’, is a global network of doctors and medical practitioners helping vulnerable people in over 70 countries.

In 1999, MSF received the Nobel Peace Prize for its work, which included raising global awareness of potential humanitarian disasters. Now, the global doctors group is sounding the alarm about Trump’s gag rule.

Unsafe abortion is a leading cause of maternal mortality accounting for 13% of global maternal deaths. The reality is that, when safe abortions are not available, women and girls will use riskier methods. They may use untrained practitioners or undergo procedures where there are less than basic medical standards. Jason Cone, MSF USA’s Executive Director, says the Trump Administration must face these facts.

Governments should not play politics with the lives of women and girls. No matter what the risk or barrier, women will continue to seek ways to end pregnancies and they will continue to needlessly die if safe abortion care is not accessible.

There are wider repercussions. Experts recorded the spread of HIV and AIDs when George W. Bush enacted the policy. Trump’s memorandum goes further, removing “global health assistance furnished by all department or agencies”. This includes any organisation that works on malaria prevention issues or child health too.

NGOs will have to face whether to continue accepting aid from the US or to continue their services as normal. US Aid is one of the largest international aid donors, including for global health programmes. But the UK is also a major player. Now, UK MPs are urging International Development Secretary Priti Patel to make a stand against these measures by following the Dutch example. The Netherlands has set up an overseas fund to aid projects that provide access to birth control, abortion, and women’s education. The UK set up a similar fund during the administration of George W Bush.

The enactment of the global gag rule is a typical political football. It speaks to the heart of Republican sentiment against abortion. But it is just sentiment and symbolism.

Because the policy does not change the reality that abortions will still take place. All this rule does is take away a key mechanism to stop deaths that often occur when women have little or no medical support, while placing humanitarian agencies in a difficult political space.

– Write to your MP and ask them to urge Priti Patel to set up a special overseas fund.