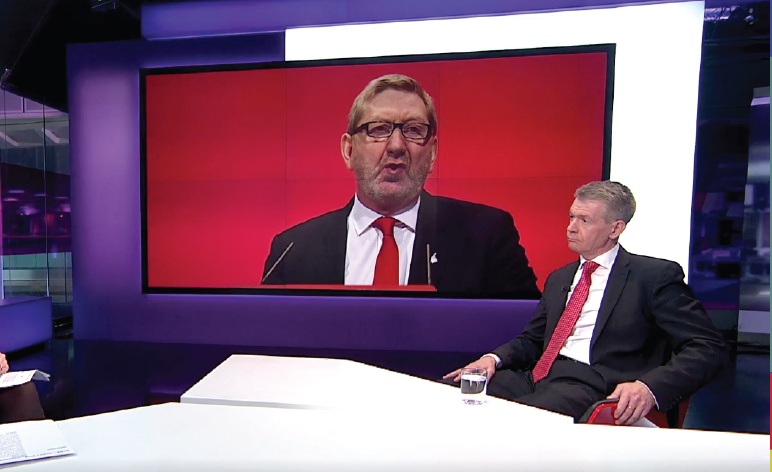 There is currently a leadership contest taking place within Unite, which is Britain’s biggest trade union. The first challenger is Len McCluskey, a man who has been supportive of Jeremy Corbyn’s vision for Britain. McCluskey resigned as leader of Unite, so that he could apply for a new term. This would ensure he was still in charge when the 2020 general election takes place.

His rival is Gerard Coyne. Coyne has been critical of McCluskey’s dealings with Labour. In particular, he has accused Unite of “dabbling in politics all the time”. And yet The Guardian is now reporting that Coyne spoke at a ‘Labour for the Common Good’ event last January. A group founded by MPs who have been critical of Corbyn and his leadership.

Coyne has been clear about wishing to end Unite’s involvement in party politics. He said:

We have got to be strong, smart and organised but we can’t be distracted [sic] party politics.

As a candidate, my priority is making a real difference for you rather than playing Westminster power games. It’s time we changed the union to reflect our members’ priorities.

I’m not going to fall into the trap of trying to determine who the leader of the Labour Party is.

Labour for the Common Good

Tristram Hunt and Chuka Umunna established Labour for the Common Good. They formed the group when Corbyn pulled ahead in his first leadership contest. The New Statesman describe the group’s aims as being to:

bring together the soft left, old right, Brownites and Blairites to counter the Corbynite wing

Some people have referred to the group as ‘the resistance’, but Umunna denied this claim in August 2015:

I hear the Common Good group has been dubbed the ‘resistance’ to a particular candidate when nothing could be further from the truth, not least because we do not yet know who the new leader will be. In fact, MPs who have nominated all of the leadership candidates have agreed to be part of the group, which includes opinion from across the Labour spectrum.

It is also worth adding that the MPs involved are all people who have a strong record of loyally voting with the Labour whip.

Corbyn’s closest allies have a history of voting against the Labour whip. And Hunt and Umunna ruled themselves out of Corbyn’s frontbench. Hunt has also been openly critical of Corbyn, who he described in 2015 as “politically and economically bankrupt”. Hunt has since left Labour to run the V&A museum. In his resignation letter, he told Corbyn:

As a deeply patriotic British citizen, I believe our country needs a strong Opposition and credible, alternative Labour government

The Guardian reported that McCluskey had given Coyne a “final written warning” for speaking at the Labour for the Common Good event. In the disciplinary letter, McCluskey wrote:

Given the sensitivity within the Labour party at the moment with constant attacks on the leadership of the party and a clear determination by some to undermine Corbyn and create alternatives, the question is: should a senior officer in Unite have chosen to speak on such a platform (any platform) without seeking the views/authority of the chief of staff or the general secretary or at least sought guidance from the political department.

McCluskey has previously been critical of Coyne. Speaking on 15 January, before news of Coyne’s reprimand was made public, McCluskey told BBC Radio 5 Live:

The reality is that Gerard Coyne will talk to any group about the future of the British trade union movement.

But a union insider told The Canary:

This blows [Coyne]’s claims that he won’t do politics right out of the water. It is quite clear a confidential union document has been leaked in an effort to smear the union and Len, and been leaked to Gerard’s cronies at Westminster.

This will go down with the members like a lead balloon.  They want someone who’ll stand up to politicians, not cosy up to get themselves a job.

Coyne is currently running on a platform of not trying to influence Labour politics. And people within Unite may agree with this stance and genuinely think that the union shouldn’t support factions within Labour. But those people may not be happy if it turned out they had switched from a leader who was honest about having such allegiances to one who was not.