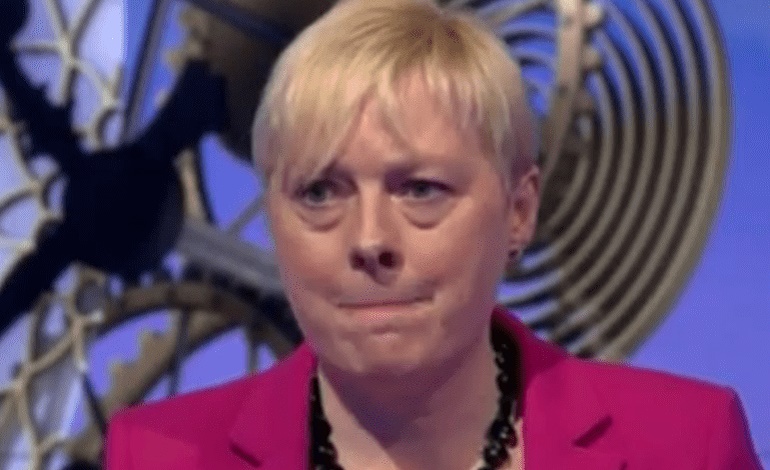 On 12 July 2016, an alleged ‘brick’ was thrown through the alleged ‘window’ of Labour MP Angela Eagle’s Wallasey constituency office. It was an alleged ‘attack’ by pro-Corbyn supporters. But ever since the alleged incident, evidence (or lack of it) appears to contradict the story given. Now, more revelations have come to light about the event. And it once again blows open the debate surrounding ‘Brickgate’.

As The Canary reported last year, Eagle’s staff called the police after a suspected brick was thrown through a window in the building where her office is. At the time, the perpetrators were widely thought by Eagle and the media to be pro-Corbyn “thugs“. The incident happened at the height of the last Labour leadership election. Eagle, who was fighting to win the leadership battle herself, said at the time:

But since the incident, questions have been raised about what actually happened. And whether it was an attack on Eagle and her office at all. This is because:

Now, though, there is another update to the saga. This time from the Information Commissioner’s Office (ICO).

“No such damage was reported to the police”

In a Freedom of Information (FOI) request by the blog Wirral In It Together, the ICO said Merseyside Police had told it:

The person who logged the incident [‘Brickgate’] reported ‘just one big window in the hallway’ [was attacked]… They added that ‘The person reporting the damage is likely to have known if any damage had been caused to the constituency office window, but no such damage was reported to the police’.

So it would appear that Eagle and her staff did not even report the incident as being an attack on her office. Just on the communal building where it is situated.

Maybe Eagle believed it was “Momentum thugs” that smashed the communal window, as Labour MP Ben Bradshaw called the perpetrators, without evidence. She may have been genuinely afraid for her safety. No one is denying this. But during the leadership election, ‘Brickgate’ was not the only incident that appeared to be overblown by Eagle and her office. Speaking of a planned meeting at a local hotel one of her staff said [paywall]:

Angela’s also had threats of intimidating behaviour. She was supposed to go to a meeting in Luton today but the hotel manager’s had threats all night and so the meeting hasn’t been able to go ahead. So please just leave us alone.

But this was not why the meeting was cancelled. As the hotel said at the time:

We can confirm that the event has been cancelled as we were unaware of the nature of the meeting.

And there was, and still is, claim and counter-claim about allegations of homophobic abuse being thrown at Eagle during a meeting of Wallasey Constituency Labour Party (CLP).

All this led to Wallasey CLP being suspended by the Labour Party. A ban which is still in place to this day. While abuse and threatening behaviour towards MPs should always be condemned, when incidents are manipulated for political gain, so too must they be called out. And as the evidence in ‘Brickgate’ continues to mount, maybe it’s time Eagle and her crew admitted what seems to be the truth: that there is no evidence this had anything to do with Corbyn or his supporters.

The Canary contacted Angela Eagle’s office for comment but no response was received at the time of publishing.