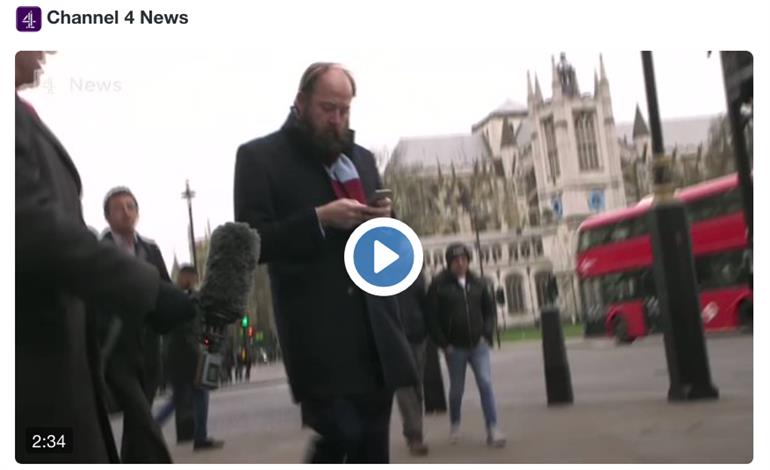 Secret emails uncovered by Channel 4 News now implicate Theresa May’s joint Chief of Staff Nick Timothy in the election expenses scandal that may have influenced the result of the 2015 general election.

The Canary was the first UK media outlet to gain the testimony of whistleblowers who lifted the lid on the election expenses scandal. Police are investigating 29 constituencies over hundreds of thousands of pounds of unreported campaign spending.  You can read The Canary’s previous reports here.

The alleged role of Nick Timothy

Allegations of Timothy’s involvement surfaced in November 2016. As The Canary’s Bex Sumner reported at the time:

Theresa May’s joint Chief of Staff, Nick Timothy, has been dragged into the Conservative election expenses scandal. Channel 4 News has uncovered evidence that he ‘provided assistance’ to the Conservatives’ controversial campaign to stop Nigel Farage winning a seat in South Thanet in the 2015 general election – a campaign which is currently being investigated by Kent Police.

Nick Timothy is Theresa May’s right-hand man. As the Prime Minister’s joint Chief of Staff, he has been variously described as ‘Theresa’s brain’, ‘May’s muse’, and ‘the man who really runs Britain’.

Now it turns out he was also part of a ‘crack team‘ that the Conservatives sent to South Thanet to fight Nigel Farage in a controversial election campaign that has attracted the attention of both the Electoral Commission and Kent Police.

Since then, Channel 4 News has found the following evidence implicating Timothy:

The South Thanet seat is one of 29 currently under police investigation after Channel 4 News revealed hundreds of thousands of pounds in Conservative campaign spending may not have been properly declared.

The dates of the documents contained in the cache further suggest that Mr Timothy may have breached strict civil service rules that banned special advisors from any political activity while they are still receiving their taxpayer-funded salary.

The new evidence procured by Channel 4 News appears to contradict earlier statements by Timothy. So Michael Crick went to Downing Street to confront him. What followed was an awkward two-and-a-half minutes of footage. The top aide maintains a studious silence as he is faced with mounting evidence of his role in the scandal.

As the painstaking work of a small number of journalists continues to unpick the scandal, it is clear that these questions will have to be answered some time soon. If not to the media, then to the police.

– Read more on the background to the election expenses scandal here.