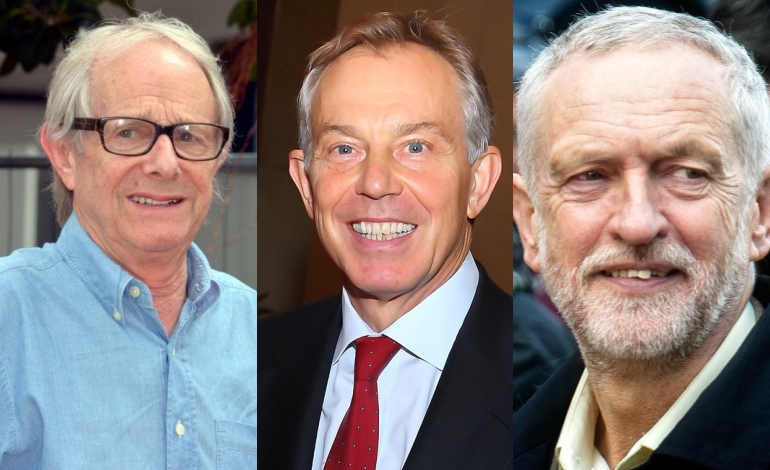 Writing in The Guardian, Ken Loach has delivered a powerful message to all those trying to blame Jeremy Corbyn for Labour’s defeat in Copeland. And it’s a message that we all need to hear if we want to see any hints of progress or change in parliamentary politics.

The main thrust of Loach’s argument is that Corbyn is not to blame for Labour’s defeat. He is unequivocal in blaming former leaders for not engaging with, and neglecting, working class communities:

A vulnerable working class that knows job insecurity, low wages, bogus ‘self-employment’, poverty for many including those in work, whole regions left to rot: these are the consequences of both Tory and New Labour’s free market economics. Employers’ ‘flexibility’ is workers’ exploitation. Public services are being dismembered, outsourced, closed down, the source of profit for a few and an impoverished society for the many. The central fact is blindingly obvious: the Blair, Brown and Peter Mandelson years were central to this degeneration.

And, as Loach argues, the decline in the Labour Party is ongoing. In fact, Corbyn is trying to pick up the pieces and rebuild the mess that the others left behind:

It was their Labour party, not Corbyn’s, that lost Scotland, lost two elections and has seen Labour’s vote shrink inexorably.

But the papers that present themselves as radical have been revealed to be nothing of the sort. The Guardian and Mirror have become cheerleaders for the old Labour establishment. Column after column demands that Corbyn should go.

And Loach uses the example of people like Peter Mandelson – or “extinct volcanoes” as he calls them – to illustrate his point:

A big headline for Mandelson: ‘I work every single day to oust Corbyn.’ Mandelson had to resign twice from the cabinet in disgrace. Why give him such prominence, except to add to the anti-Corbyn mood music?

It is a vision of a world transformed and a rejection of the bitter, divided and impoverished society we see around us.

And he questions why the attacks have been so vicious:

Could it be fear that Corbyn and McDonnell mean what they say? If they had a powerful movement to sustain them, Labour under their leadership would start to cut back the power of capital, remove multinationals from public services, restore workers’ rights, and begin the process of creating a secure and sustainable society in which all could share.

But as Loach argues:

That is a prize worth fighting for. It would be a start, just a start, on a long journey.

This is a powerful article with an important message. Corbyn doesn’t provide all the answers, but his direction for the Labour Party is a “start”. And with the vultures circling, it is more important than ever to get behind him and what he stands for. Or else, as Loach writes, “it will be business as usual, with scant difference between Labour and the Tories”.