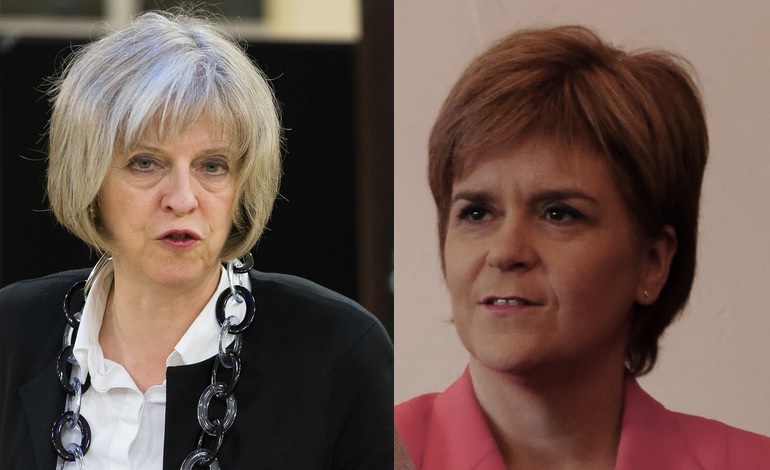 The last Scottish independence referendum took place in 2014. Following a 55%-45% ‘No’ result, the Scottish National Party (SNP) ruled out holding another one unless there was a “significant and material change” in circumstances. It specifically highlighted leaving the EU as one of those changes.

And in June 2016, of course, UK voters delivered that exact significant change. Sturgeon has now confirmed that a second referendum is on the cards:

In response, a spokesperson for Prime Minister Theresa May said that, in 2014, “Scotland voted decisively to remain part of our United Kingdom” and that the majority of Scottish people don’t want a second referendum. The spokesperson also commented:

Another referendum would be divisive and cause huge economic uncertainty at the worst possible time.

May herself accused the SNP of “playing politics” with the UK. And she sternly told the party that “politics is not a game”.

But scolding the SNP for planning a “divisive” referendum is ironic. The EU referendum, which the Conservative government initiated, was an incredibly divisive event. The extraordinary rise in hate crime after Brexit is proof of that.

The possibility of a hard Brexit is, in fact, why Sturgeon says she will seek another referendum. In her speech, she said:

Over the past few months, we have worked hard – really hard – to try to find agreement. The Prime Minister and her government have been given every opportunity for compromise… but the UK government has not moved even an inch in pursuit of compromise and agreement.

Get rid of the Great?

A recent Ipsos MORI opinion poll found an even split in support for independence. 50% of those asked were in favour of an independent Scotland, while 50% were against. Support in the youngest group, 16-to-24-year-olds, stood at 59%. While those 55 and older were 60% against.

In short, the Conservative government’s response amounted to deflecting blame and downplaying the challenge it faces. That’s no way to resolve this divide, or to keep Britain together – as the government claims it wants to do.