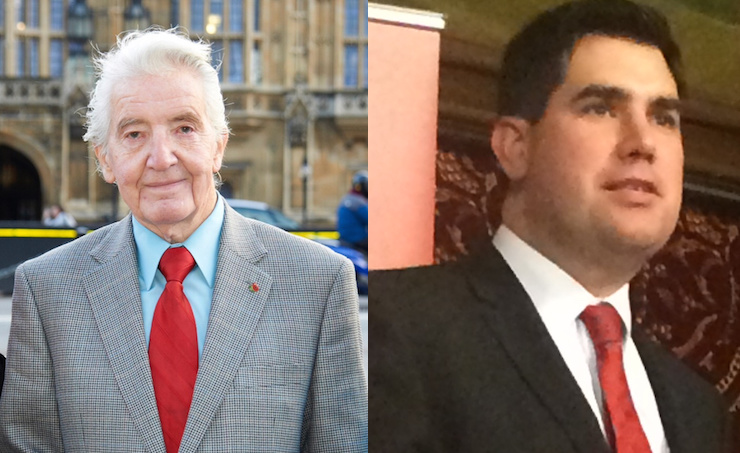 On Monday 13 March, campaigners brought one of the biggest political scandals of the 1980s to the door of the Home Office. They had the support of some big-name Labour politicians. And those campaigning for justice made sure the government knows they aren’t going away.

The Battle of Orgreave was a major incident during the 1984-85 miners’ strike against pit closures. On 18 June 1984, striking miners were picketing the Orgreave coking plant when a confrontation with police officers broke out. Ken Capstick is a former miner and former Vice President of the Yorkshire National Union of Miners. He was at Orgreave, and says the battle was:

a one-sided contest, as miners suddenly found themselves facing not a police force, but a paramilitary force dressed in riot gear, wielding long truncheons, with strategically placed officers with dogs, and a cavalry charge reminiscent of a medieval battleground… it felt like civil war.

People have been asking the government for a public inquiry into the battle. But Home Secretary Amber Rudd has refused to hold one. So campaigners took their fight for justice to the Home Office.

Make some noise for Orgreave

The Orgreave Truth and Justice Campaign (OTJC) organised the protest. Around 400 people took part in a noisy demonstration: 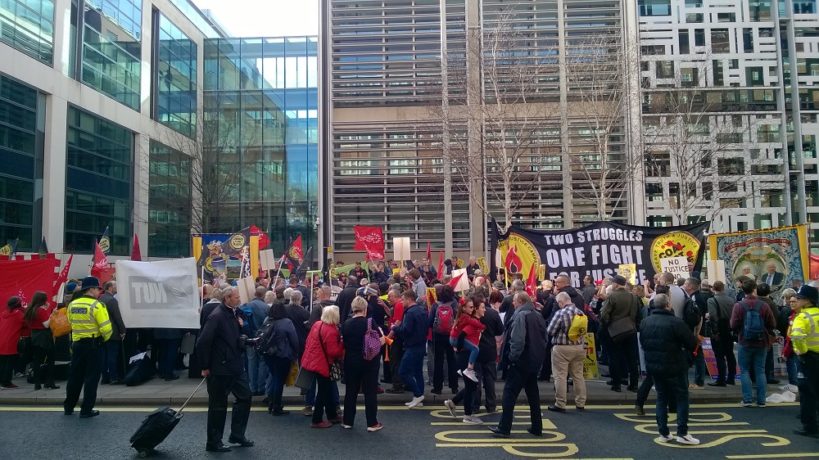 The campaigners’ demonstration was noisy. And it was used to good effect; large crowds gathered to watch: 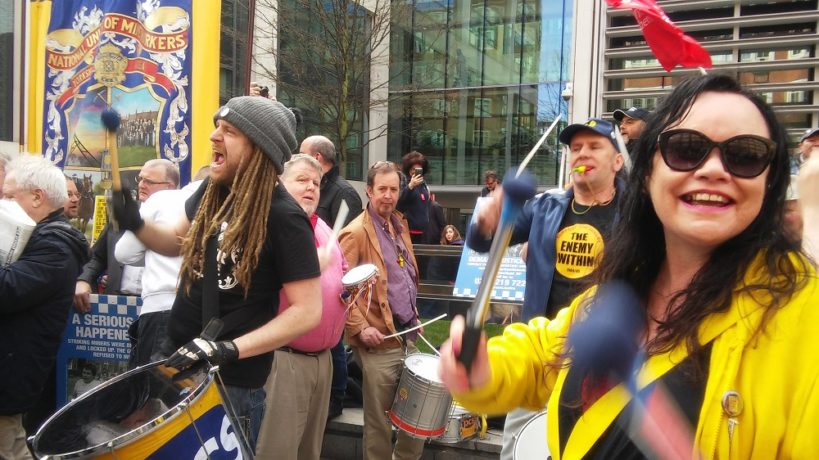 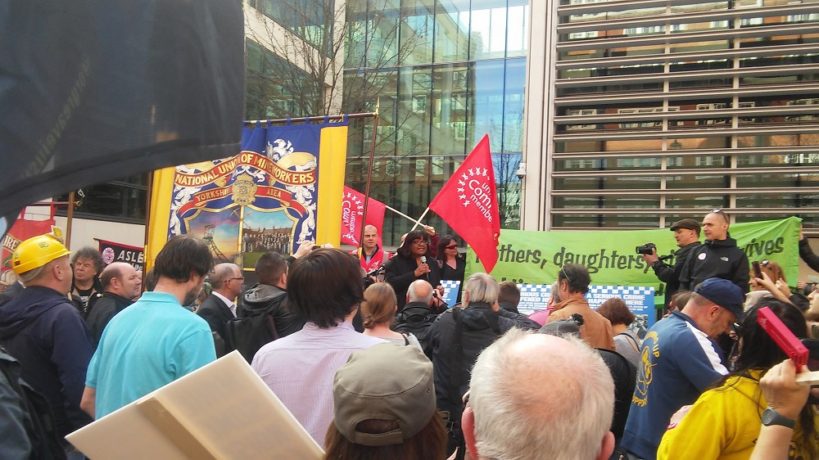 If there was 1 man to have a snap with, on a day like this: he is the guy. Dennis Skinner is a true legend! #OrgreaveJustice pic.twitter.com/4QJclN6vTT

The miners’ strike was the most noble industrial dispute in modern history. The establishment attacked the miners… both literally at Orgreave, and metaphorically through the media and all the weapons at the disposal of the state. Justice for Orgreave is overdue… In my view, the miners who went on strike and the women against pit closures who provided such inspirational leadership are nothing short of heroes and heroines.

Amber Rudd should listen. It’s about time she did. And do what she’s meant to do; open up justice and open up justice for working people including the miners and women against pit closures who were treated so badly by that Conservative government, and continue to be.

Campaigners allege that Margaret Thatcher’s Conservative government, along with the police and the courts, launched a politically-motivated campaign against miners involved in the Battle of Orgreave. They also say that, during the battle, Margaret Thatcher used the military against striking miners.

One eyewitness says that the government used military personnel and horses. They claim that the police and alleged military started the battle. They also say that numerous police did not have official numbers on their uniform; and that some of them were using weapons like knuckledusters. These claims back up other contemporary testimonies from the battle.

Joe Rollin, Chair of the OTJC, told The Canary:

Amber Rudd wanted Orgreave to go away in October last year when she said we couldn’t have an inquiry. We’re here today to prove we’re not going away. This is our biggest and loudest demonstration to date. And if Rudd thinks we’re going to be kicked into the long grass and silenced, then she’s got another thing coming.

Whatever the truth of the events of 18 June 1984, the government appears to hope that campaigners will just go away, quietly. But judging by the anger and passion witnessed at the Home Office, these ex-miners and their supporters are not going anywhere.