During a disastrous week for the government, Laura Kuenssberg decides to attack Jeremy Corbyn - Canary 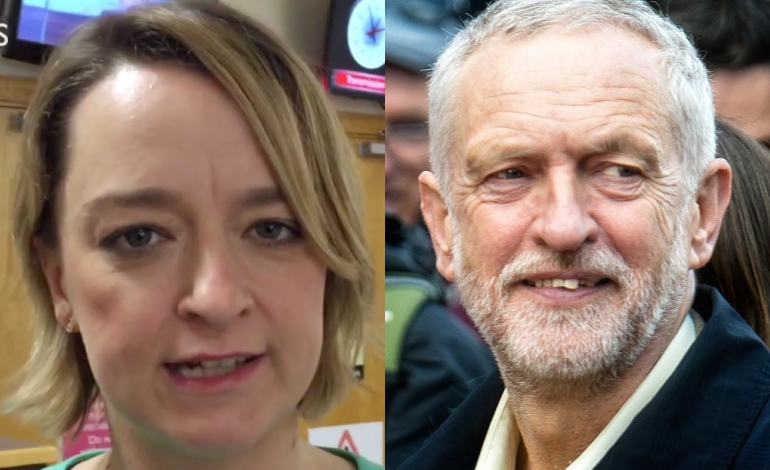 The BBC’s Laura Kuenssberg had a strange response to Prime Minister’s Questions (PMQs) on 15 March. Instead of focusing on the massive and embarrassing U-turn Philip Hammond had to make over his first budget, she used it as yet another excuse to slate Jeremy Corbyn.

In a piece to camera, just after coming off air on the Daily Politics programme, Kuenssberg claimed:

Something really strange has happened today.

And she described Hammond’s dropping of changes to National Insurance payments as:

What’s really strange is, instead of it being a gruesome, terrible session for Theresa May at PMQs, in actual fact, she seemed more or less – not to get away with it, but she was all smiles at the end.

And the reason, predictably:

Because Jeremy Corbyn… really failed to land any decent blows on her. This should have been a complete slam dunk for the Labour leader. But instead, Theresa May and the Chancellor looked relieved, and were even grinning at the end.

It’s fair to say that Corbyn’s performance at PMQs wasn’t his best. And he probably didn’t capitalise on the U-turn as much as he could have done. But as Emily Thornberry pointed out:

We all know that they did this absolutely at the last minute and indeed you can see me coming into the chamber with the letter that we got a couple of minutes before PMQs started.

But, equally, Theresa May didn’t give her best performance. May tripped over her lines. And according to The Independent, a lipreader reported that she said to herself:

That wasn’t the best.

The Prime Minister also failed to see one of the major reasons of Corbyn’s popularity when she attempted to mock him:

It’s been a disastrous week for the government. From Hammond’s backtracking to the continuing election fraud saga, via a potential break-up of the UK through a second Scottish referendum. And that’s not even mentioning a Brexit Secretary who doesn’t seem to have a clue what’s going on. But instead of holding the government to account over, say, the election expenses scandal, Kuenssberg tweeted that the government was fined £70k because of an “elections expenses mistake”.

So no, Kuenssberg, “something really strange” did not happen. Corbyn may not have been at his best. But that does not mean that Hammond and May escaped anything. The Conservative government is on the ropes. And, as a BBC journalist, she should be highlighting this rather than allowing her own political bias to shine through.

Play your part in the ongoing media revolution by reading and supporting new media organisations that do better. Please add more that you like in the comments.

Featured image via screenshot and Wikimedia