A lawyer's take-down of Laura Kuenssberg's bias is going viral. Because it's perfect [VIDEO] - Canary 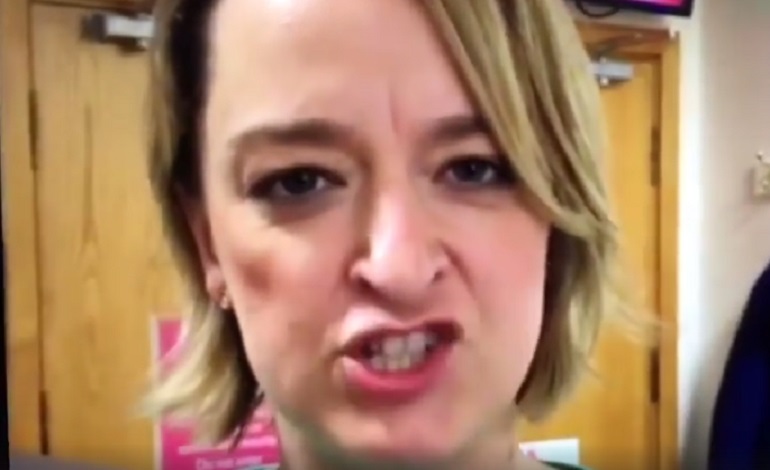 BBC Political Editor Laura Kuenssberg has had quite a week. Controversy after controversy has dogged the journalist. So it’s of little surprise that a video calling her out on her apparent bias and misreporting has blown the internet up.

Peter Stefanovic is a lawyer and prominent campaigner. His Facebook page has nearly 40,000 likes and he is renowned for his no-nonsense, straight-talking political vlogging. But one video caught the public imagination on Wednesday 15 March. Because it demolished Kuenssberg’s review of Prime Minister’s Questions (PMQs) in less than four minutes:

A shocker from Kuenssberg

Stefanovic’s anger at Kuenssberg came after Jeremy Corbyn’s performance at PMQs on 15 March. Some felt Corbyn missed an open goal. Because the government had to back down on its budget announcement to raise self-employed National Insurance contributions. But Stefanovic told The Canary that he disagreed. And that Kuenssberg’s coverage was “shocking”:

I found the video put out by Kuenssberg after Wednesday’s PMQ’s shocking. Because instead of using her very prominent BBC platform to report the real news, a budget U-turn… she instead tried to make it a story about Corbyn not landing blows on Theresa May. Which was quite frankly ridiculous, since he had just played a pivotal role in the U-turn. My film has clearly resonated with the public. And its success shows their anger at the mainstream media which is blatantly failing to report the real news. As I’ve said before, if they won’t do it I’ll do it myself!

Social media users clearly liked Stefanovic’s video. And it has had over 700,000 views in around two days:

Eloquently said, sir! Have you considered offering your services as a media spokesperson to current @UKLabour leadership?

This was excellent!! More please! Expose how utterly obsessed these people are

We currently live in a world where The Daily Mail wins ‘Newspaper of the Year’. So it’s great to see people like Stefanovic getting the coverage they deserve. And although the mainstream press may be dying a slow death, real news is being reborn on social media.